Juergen Teller shoots his mother in the forest

Known for his offbeat Marc Jacobs adverts and bleached out portraits of Kate Moss, Vivienne Westwood and other fashion icons, photographer Juergen Teller has swapped studio lights and fragrance adverts for the chill fresh air of the forest in his latest project.

Irene im Wald (Irene in the Forest) features photographs of his family -particularly his mother Irene - within a forest setting, as well as landscape images of the woods near Teller's childhood home in Erlangen, Germany. 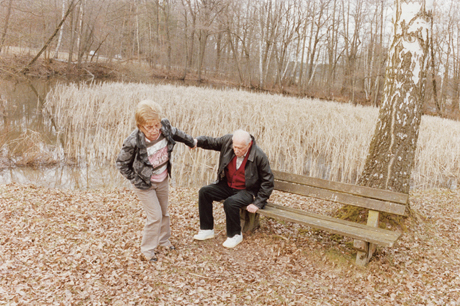 While some think it's strange that a photographer better known for his fashion campaigns would turn his camera to such naturalistic subjects, Teller has been shooting pictures around his second home in rural Suffolk for a few years, publishing a series earlier this year as The Keys to The House. Teller describes the new images as “a love letter to his mother” and has accompanied the photographs with a series of texts, describing a number of childhood anecdotes.

Retaining his trademarks of slightly yellowed colouring and off-kilter angles, but shot using only natural light, Teller moves seamlessly into the great outdoors. The photographs, accompanied by anecdotes from the photographer's childhood, are on show at The Journal Gallery in Brooklyn. If you're interested in fashion photography in general, you really must check out our forthcoming Philip Treacy book by photographer Kevin Davies. It provides an intimate, behind-the-scenes portrait of one of the world's most famous and influential milliners. Davies has been Treacy's personal photographer for the past 20 years and the photos in the book are a wonderful exploration into the world of a truly creative designer. 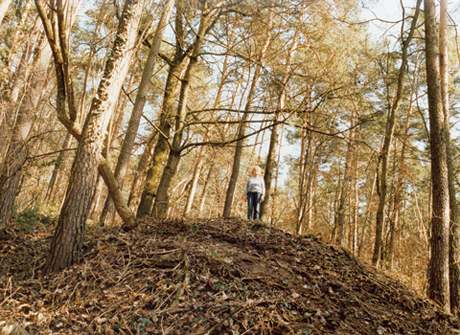