This is the view inside Korean artist JeeYoung Lee’s head. Her work could be classed as sculpture, photography, performance or self-portraiture - or all four of those things at once - and it’s inspired by a heady mix of childhood memories, traditional sayings, childrens’ stories and Korean fables. The image Broken Heart, for example visualizes the Korean expression for an effort with no effect against insurmountable adversity – ‘like breaking a stone with an egg’. 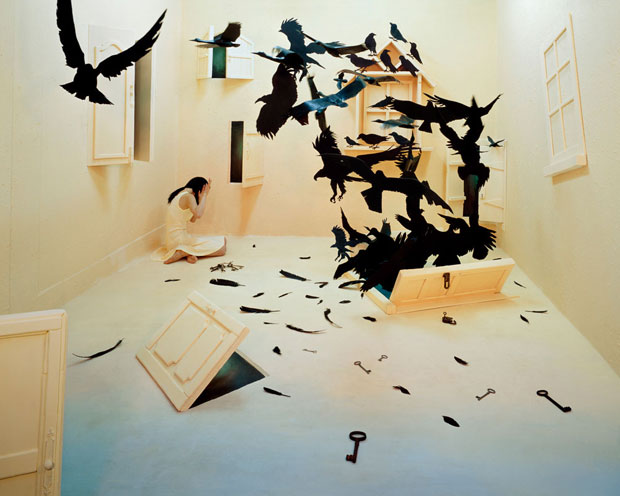 Always making herself the focal point of her pieces, Lee works on these mind constructions for months at a time within her tiny Seoul studio which measures just 360 x 410 x 240 cm. 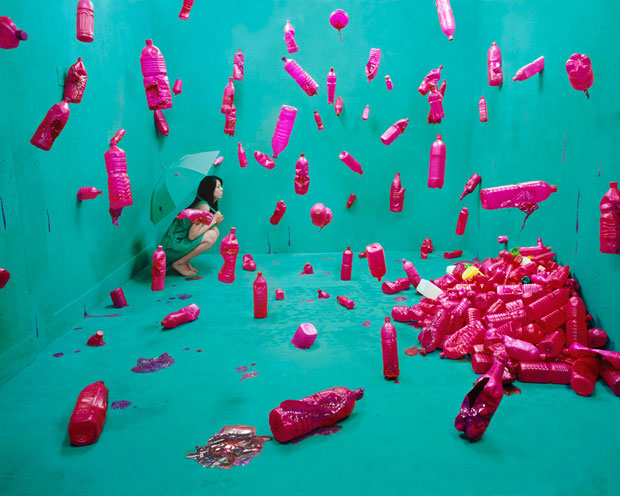 "JeeYoung Lee assumes the roles of set designer, sculptor, performer, installation artist, and photographer – and she executes them all magically," Hyewon Yi, Director and Curator of Amelie A. Wallace Gallery said when Lee exhibited her work in New York last year. 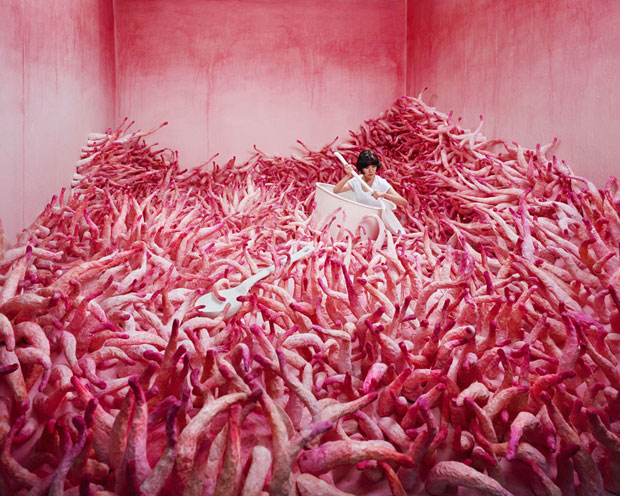 "Drawing upon prodigious powers of imagination, she labours for months to create effects that seem to expand and contract physical space. And always, a lone figure inhabits and completes her narratives." 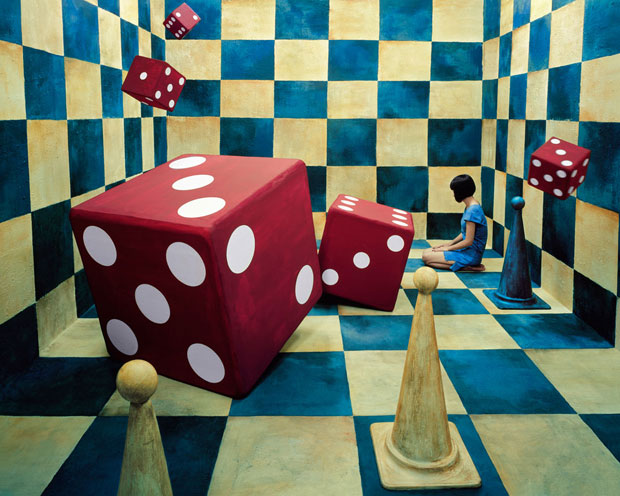 In search of her own personal identity Lee, who has exhibited her work in China, Hong Kong, Seoul and New York, places herself within strange yet intriguing environments. Lee’s insecurities, explorations and self-discoveries are all played out in front of the camera.

My Chemical Romance with its maze of pipes, yellow and black danger tape represents the anxiety or disappointments felt by Lee herself or those around her and how they can lead to conflict and clashes of personality. 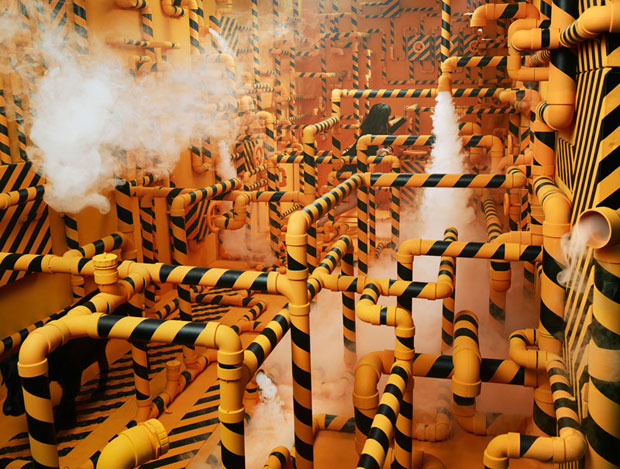 Other works represent Lee’s childhood thoughts and memories. In Treasure Hunt Lee devoted three months to crafting the wire grassland, which carpets her studio to form a child-like wonderland. Panic Room bends the perspective of Lee’s studio to create a dizzying atmosphere in which the artist hides herself inside a cupboard to protect and shelter herself from the confusion outside.

The most calming and restorative of Lee’s works is Ressurection, which is inspired by the Story of Shim Cheong, a Korean folktale as well as by Shakespeare’s Ophelia. Lee treated the creation of this image as a kind of meditation towards transition. 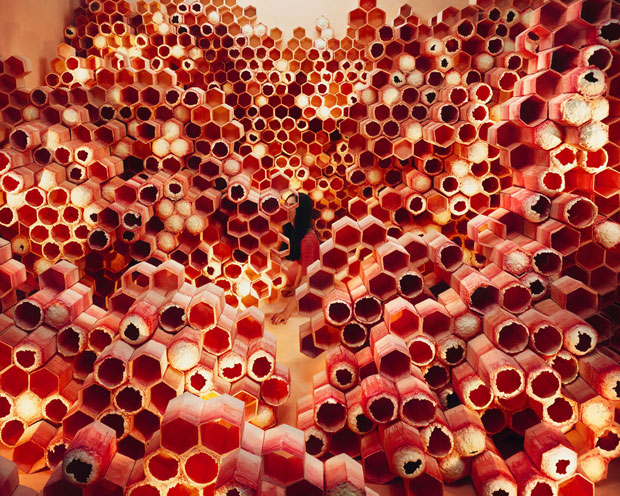 This Is Not Enough - Jee Young

“I was born again and cleansed myself emotionally by overcoming negative elements that had dragged me down,” Lee says. “The figure within a lotus blooming implies a stronger self who was just born again and is facing a new world”.

You can see more of her work at her website and if you like the work above you really should check out our new book Wild Art which you can read more about here.