From time to time the art world throws up the kinds of characters who elicit a change or help open doors to a new kind of work not through any artistic efforts of their own but by their encouragement, patronage, and sheer force of character. So it was with Martin Wong, a former worker  at the Pearl Paint art shop on Canal Street, Manhattan, in the late 1970s.

Wong, who died from AIDS in 1999,  became fascinated with graffiti art upon moving from San Francisco to New York in 1978. While working at Pearl Paint he befriended many of the city's teenage graffiti artists - in particular Angel Ortiz who worked under the street names LA II (and more recently LA Roc) - an early collaborator with Keith Haring who dubbed him "the graffiti king of the Lower East Side". 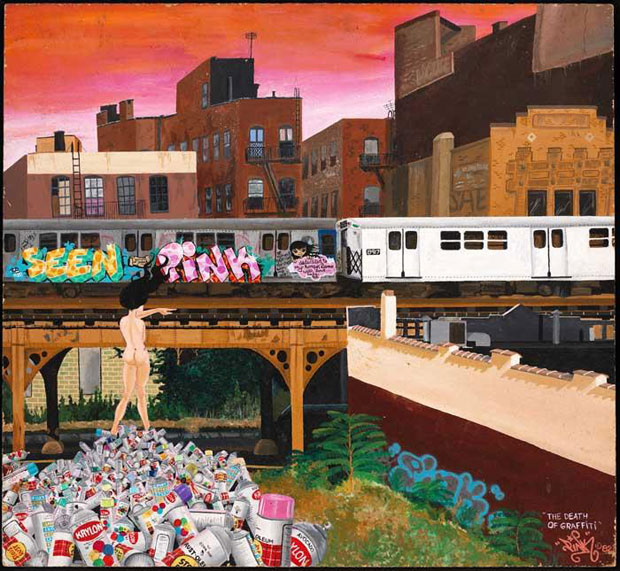 Wong began buying and trading their work and soon amassed a collection of over 50 sketchbooks and more than 300 paintings on canvas, wood, cardboard and paper. Many of them were trial works that would eventually be fully realised on the city's sidewalks, bridges and walls.

Wong's collection - which he donated in its entirety to the Museum of the city of New York in 1994 - was an unrivalled collection of graffiti art comprising, in part, pieces by the likes of Futura 2000, Keith Haring, Daze, Zephyr and Lady Pink - a roll call of the era.

Now comes City as Canvas: Graffiti Art from the Martin Wong Collection - a fascinating exhibition built around his collection. The show, at the Museum of the city of New York, runs until August 24 and features exploratory sketches alongside fully formed paintings, multi media experiments and historical photographs from the time. 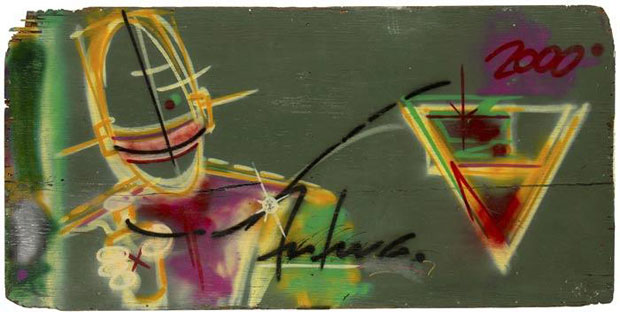 “Graffiti art is now widely admired, but many questioned its merits during the movement’s development in the 1970s," says Susan Henshaw Jones, the Ronay Menschel Director of the museum.  "Martin Wong had the foresight to collect graffiti art and advocate for young ‘writers,’ just as New York City’s street art scene was on the cusp of gaining international prominence.

“Understanding the importance of graffiti as an urban statement, the City Museum embraced the opportunity to acquire Martin Wong’s collection, which included many works by artists living just blocks away. We’re thrilled to show this rare collection for the first time since Wong donated it 20 years ago.” 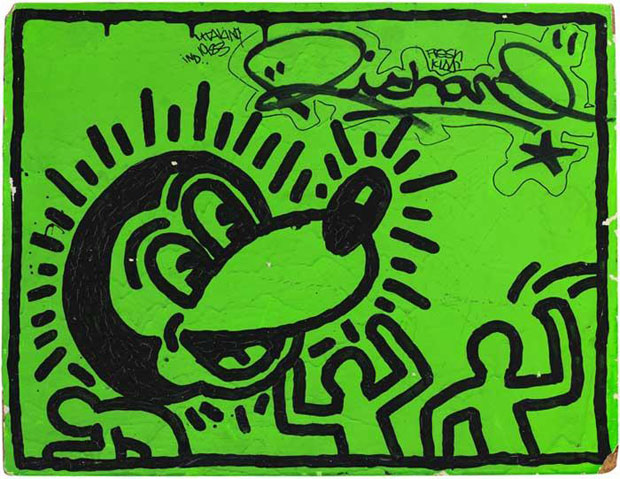 The exhibition features many long gone, but at the time symbolic, examples of NY street art which were, for a while at least, part of the fabric of the city. Among the exhibits are Daze's Transition (1982), Lady Pink's  The Death of Graffiti (1982), Lee's Howard the Duck (1988), a bright oil painting of the artist's  huge handball court mural, originally painted in 1978 at a junior high school on the Lower East Side.

If you're not in New York you might like to check out some more contemporary examples of street art and other kinds of creativity that exist and thrive outside of the gallery system in our book Wild Art by David Carrier and Joachim Pissarro. You can read an interview with its editor here then take a closer look at it in our online store.