Is Banksy headed for Moscow?

In 1962 the Soviet leader Nikita Khrushchev threatened all the artists displayed at Moscow's Manege exhibition Hall New Reality show with exile, after he disapproved of their works. The art, including paintings by Leonid Rabichev sculptures Ernst Neizvestny, was fairly inoffensive modernist stuff, yet this didn't stop Khrushchev from closing down the exhibition.

So what should we make of a report from the Voice of Russia, the state broadcaster, which claims the Manege will host a Banksy exhibition soon? The station's reporter Anna Mikhailova says the Manege will host a show of "130 paintings, sculptures, graffiti, collages and videos" by Banksy. No claims are made as to Banksy's personal involvement, and he hasn't sanctioned a straightforward gallery show like this for some time. Moreover, the event isn't listed on the Manege's own site, or on Banksy.co.uk, and the exhibition space, just like the Voice of Russia, is state owned. In 2011, Banksy bailed out the subversive Russian art collective, Voina, and so it does seem unlikely he's assisting in a state-sanctioned show. 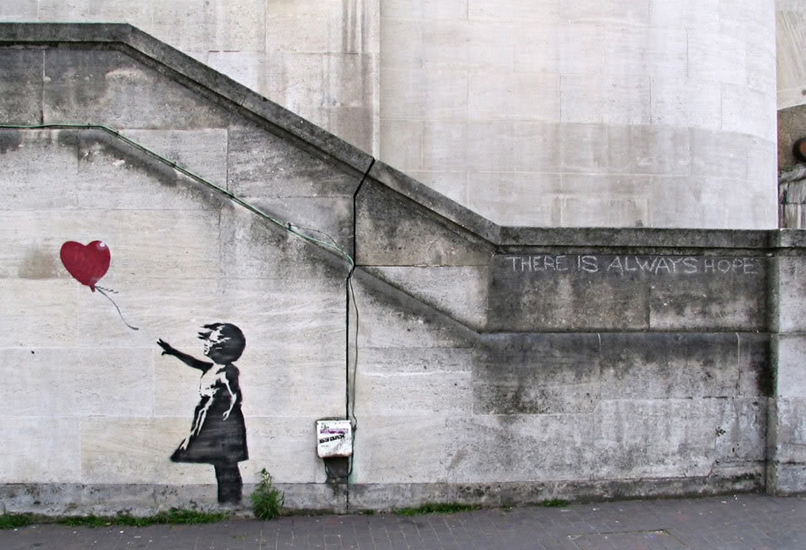 However, there are enough Banksy works in private hands for such a show to take place. Yet, curators should beware when assembling such a show, as Russia's new laws banning gay propaganda might prevent certain pieces, such as his kissing coppers mural, which was removed from the wall of a Brighton pub in 2008, from going on display.

For more on this, go to a a Voice of Russia story here. For greater insight into art made outside the gallery system, pick up a copy of Wild Art a visual exploration of everything and anything from outside the exclusive and rarefied spectrum of the 'Art World'. Buy it from the people who made it, here.