Sarah Morris "My work is related to power"

“You’re moving through it [in the film]; you never get an entire picture. We don’t know who these people are, or the ending to their stories,” says Morris on the phone from her studio in New York in the run-up to the show. As with her earlier subjects like the Beijing Olympics or Oscar time in Los Angeles, she’s interested in Rio’s identity as a distinctly modern city attuned to finance, medicine, sports spectacles and foot traffic.

The city’s famed architect and planner, the late Oscar Niemeyer makes a guest appearance, shot in his study, as does Danuza Leão, the model whose living room photos and keepsakes reveal she’s hobnobbed with everyone from Diane Vreeland to Che Guevara. Yet they are but faces in the crowd. Morris’s cruising camera captures life in constant motion, where citizens flow past to one of the dreamy techno soundtracks, created by her collaborator Liam Gillick that are a regular feature in her films. 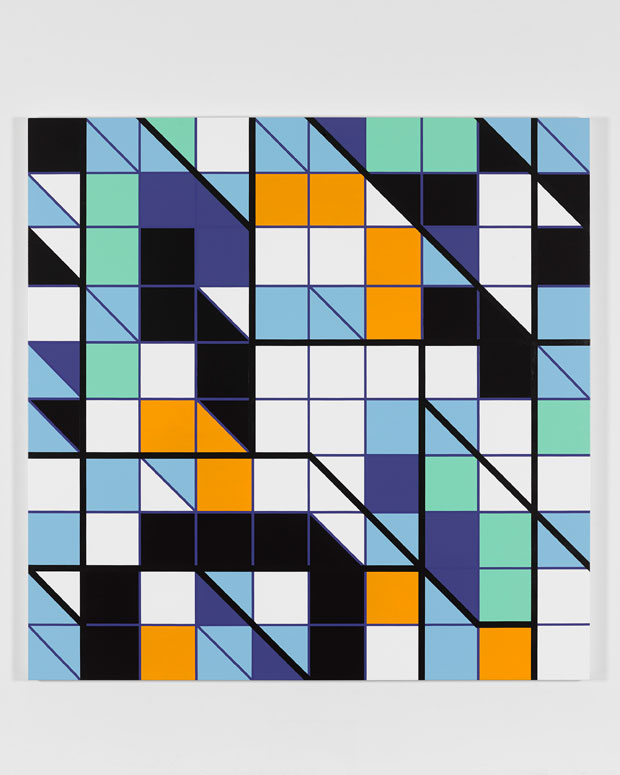 Morris elaborates, “I don’t view my work as resolved. Like the structures I depict, it’s constantly in motion. It relates to power: power is always in flux, unresolved and up for grabs. That’s one of the most important aspects of all the films. An institution can be great, or terrible, interesting, or insidious. It depends who is leading.”

This idea comes out in new paintings, which are partly inspired by Niemeyer’s development of Le Corbusier’s brise soleis, grid-like architectural armatures that shade buildings from the sun. “They also become like a security device where the building gets shut,” explains Morris. “This becomes interesting in relation to the military coup in Rio and the vacuum after 1985 when it ended. People forget this aspect of the city’s history.”

The hard-edged grids of coloured squares that suggest fortification also melt into curving crescents in Morris’s new paintings. “Rio’s incredible constellation of mountains really influenced Niemeyer,” she says. “It’s a very sensuous and female form, against the modernism. The curve is in a lot of my new work.” 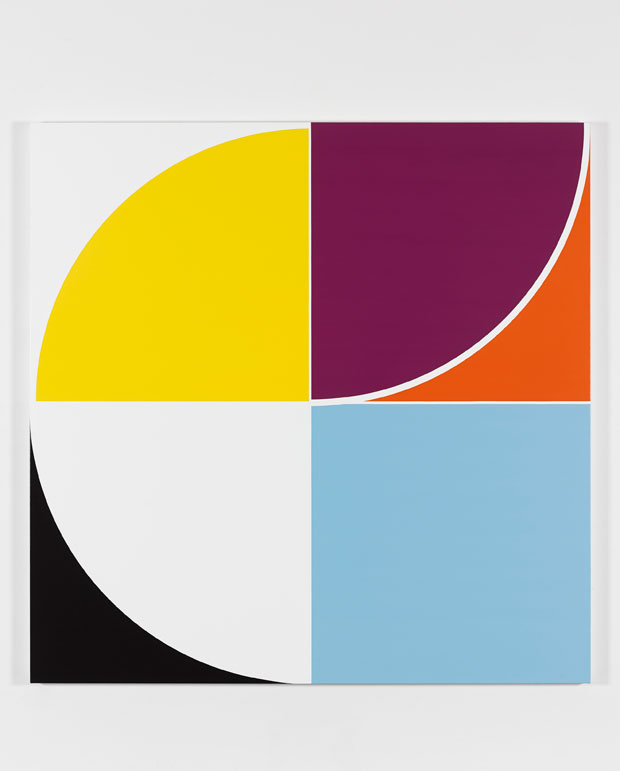 In both her films and paintings, everything seems designed to disorient and mesmerise, which Morris suggests, is the definitive state of city life: “All these separate parts shaped into one constellation, but you don’t know what the constellation is, and it’s a fragmented or multiple perspective: I think that is the way we experience reality.” Bye Bye Brazil, White Cube Bermondsey, runs until 29 Sept.

If you'd like to learn more about the work of Sarah Morris you can do so in our book Vitamin P. There's also a great entry on her 2000 film Capital in which she was given full and incredibly open access to a pre-9/11 Washington political establishment, in our book Defining Contemporary Art which looks at 25 years of contemporary art in 200 pivotal artworks.

The film was shot on location between 11 and 14 September 2000. In the book Swiss art historian and curator Bice Curiger describes it as presenting "a mesmeric montage of everyday scenes and Government buildings".

"A presidential motorcade speeds its way across town, passengers check in at Dulles International Airport, and postal workers sort mail while Bill Clinton's helicopter lands on the White House lawn. Mundane shots of urban dwellers jogging on Capitol Hill or waiting for the subway are juxtaposed with intimate cabinet room footage recording the president in conversation." Take a look at Defining Contemporary Art in the store. 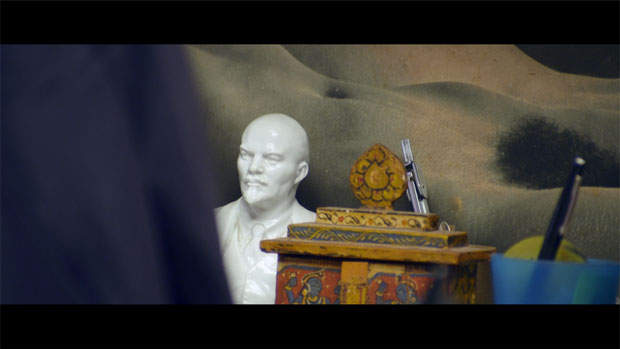