The Phaidon hour glass tells us that it's Friday again and time for another Muse Music playlist. This week we have been speaking to British sculptor and maker of 'psychiatric knitwear' Michele Howarth Rashman about the music that inspires her art.

Michele Howarth Rashman first exhibited at the ICA's Young Contemporaries show in 1982 alongside Grayson Perry before before dropping out of the arts world and keeping a low profile for some years. She came back on to the scene in 2008 when she participated in a group show at the White Cube alongside Damien Hirst, Tracey Emin and Jake And Dinos Chapman in an Edgar Allen Poe-themed exhibition and has recently had a very successful first solo show at The Outside World Gallery in London.

Her sad-eyed, occasionally repulsive hand stitched sculptures (each taking between 3-12 months to make) largely take women as their subject. Saggy-breasted with bad hair and bad posture, these women are those who according to the artist "somehow miss the mark" despite their best efforts.

Rashman has said of her work - "I don't consider myself an outsider artist, but to be honest any artist who lives outside of zone 1 is considered an outsider artist.  If you live in Glenrothes you're outside of the picture, and with the medium I work in I don't feel part of any scene."

Her sculptures, like her knitwear - emblazoned with slogans such as 'EMOTIONAL CRIPPLE' and 'JUST AN OLD HIPPY' - were inspired by people's reactions to her husband (former Simply Red and Happy Monday manager Elliot Rashman) when he fell prey to mental illness. They explore, in her own words "what we call ourselves and how we see ourselves - and how other people perceive us."

You can listen to Michele's playlist on Spotify and iTunes but before you do, this is what she said about music and its influence on her life.

"I listen to a great deal of music in my studio. I appear to be drawn to dark subjects that would struggle to make it on to a radio playlist, and with the exception of Mordechai Hershman, technically proficient voices just don't do it for me. There's something so moving about hearing an untrained voice belting it out, not with perfection, but with joy, passion or despair.  It's so much more authentic than all of that post Dion / Carey / Houston - why sing one note when 10 will do - fake emotional bilge that's peddled by those suckers of Satan's cock on Saturday night TV."

__Baby Dee _When I Get Home ___ _-  _I've only been aware of (transgender musician and performance artist) Baby Dee for about 18 months, but there's rarely a day that goes by I don't listen to her music. About a year ago I was taken backstage at the Liverpool Philharmonic to meet her. I couldn't think of anything sensible to say so I just did a very very deep curtsey.  It seemed like the right thing to do and she took it in her stride. Anyway, picking one track by Baby Dee is really hard, but this is one I'm listening to a lot lately. I don't know if she had a poor relationship with her father, but this song suggests violence. It has such menace. It's all about a kid playing outside, losing track of time and knowing that they're 'going to get it' when they get home. There's a line 'I know you must have held me once, I saw a photograph, safe and happy in your arms, a smiling God of Wrath' that just rips your heart out.

Gillian Welsh Revelator _ - _Sometimes I put this track on when I'm driving home from my studio.  Played three times it takes me door to door. I love David Rawlings' guitar work - it sounds kind of wrong, like he can't play properly, when in fact he's hitting exactly the right notes. This is a hard trick to pull off but it's always the sign of a great artist, whatever the medium.

__Elliott Smith _Somebody That I Used to Know ___ - My husband Elliot introduced me to the work of this particular Elliot.  We both love this track as it so perfectly sums up our thoughts with regards to all the gobshites we've fallen out with in recent years. We used to get really upset if a friendship broke down, but it's happened so often now that we can recover completely in the 2.09 minutes it takes to listen to this song. 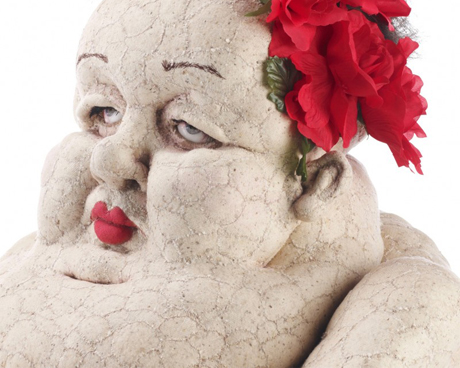 CocoRosie with Antony Hegarty Beautiful Boyz__  - CocoRosie are sisters - I believe one is a classically trained opera singer, harpist and pianist, and the other is a moustachioed lesbian who makes noises with children's toys. Turns out this is a great combo! Beautiful Boyz reads like a film treatment - about an orphaned boy 'born illegitimately to a whore most likely' who 'got caught stealing from a nun'. And so the plot pans out to reveal incarceration, which he loved, ('how awfully lovely was prison') because of 'all those beautiful boyz, pimps and queens and criminal queers, tattoos of ships and tattoos of tears.' What's not to like?

Mordechai Hershman _ Mitraze Berachamin _ - My ex-boyfriend had an LP of Jewish Cantor music he'd inherited from his grandfather. Not normally my cup of tea but this guy hits and holds a note at the end of this song that almost has me converting.

Sufjan Stevens John Wayne Gacy Jr  - Sufjan Stevens is some kind of banjo playing musical genius and devilishly handsome to boot. He's got an extraordinary catalogue of work, but if you like listening to songs about serial killers, and I surely do, then this is the track for you.

Shearwater _ So Bad _ - I love Shearwater, so when they covered this Baby Dee song it was doubly joyful. Baby Dee has a lot of Catholic references in her songwriting, and the first line - 'Jesus got my mom in there, he beat her up so bad, who can save us now that God's gone mad' is poetry. Shearwater often experiment with strange metallic sounds, and the grinding at the end of this track has always conjured up some kind of industrial noise emanating from a docklands warehouse. I'm not sure if this was their intention, but it works for me.

The Antlers Wake   - I suppose a track called 'Wake' from an album called 'Hospice' is never going to be a right old knees up, but this is an extraordinary piece of work. Apparently the album follows an emotionally abusive relationship told through the analogy of a terminally ill patient and their carer. The vocals are backed with laboured breathing which is brave, beautiful and affecting.

Yves Montand ___ Les Feuilles Mortes__ _- I listen to a lot of French music in a desperate attempt to haul myself out of the beginners French class I've been in for about the last five years. You can watch this track, recorded live at l'Olympia, on YouTube. You see Yves, standing bolt upright in a nasty shirt, just delivering the song.  Straightforward, with no histrionics. He's no great singer, but this just adds poignancy to the performance. This is a guy who's lived and loved. He just finishes the song, turns and walks off stage. It's heartbreaking.

Listen to Michele Howarth Rashman's playlist on Spotify or in iTunes. 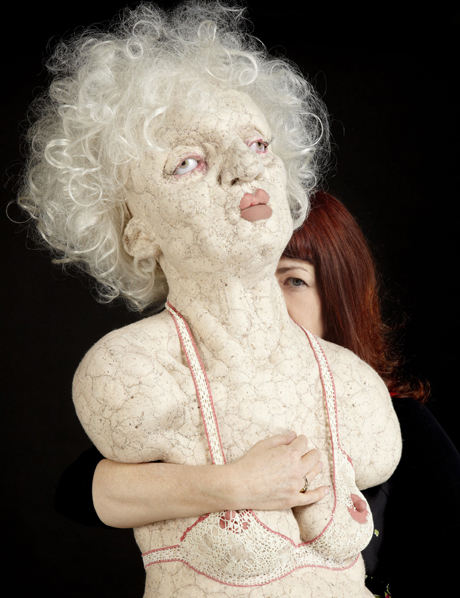 Michele Howarth Rashman with her work, She Calls Herself Mrs (2011)