The Great British public in pictures

By anyone's account this is a big year for the UK with the London 2012 Olympics and the Queen's Jubilee celebrations just around the corner. It's also a big year for British photography and especially so in London with the reopening of the Photographers' Gallery after a £9.2m refurb and the expansion of the London Festival of Photography in its second year.

The festival has dropped the 'street' from it's name and now encompasses not just street photography but documentary and conceptual work in over 40 events and exhibitions throughout June. 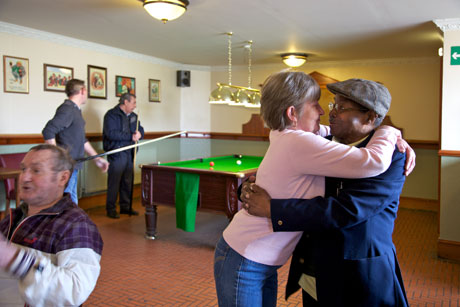 The Great British Public, one of the festival's headline shows, includes work from across the British Isles and photographs which document the daily life, work and rituals of the British in their many guises. And, obviously, when you think British photography one photographer comes to mind - Martin Parr. The Bristol-based photographer has been capturing the eccentrities of the British for over 30 years, producing many photo-series based purely on what it means to be British including Think of England, Signs of the Times and his many other photographs from around the country. 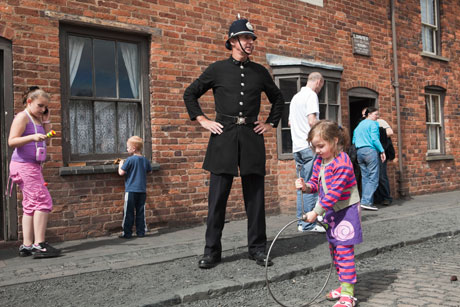 But it's not only about Martin Parr. This exhibition aims to tell the story of the British public and introduce a wide raft of photographers working across the country today, specialising in all things British. These include photographers such as Burma-born Chris Steele-Perkins who moved to London in 1949 and is now a member of Magnum Photos; former Photo Editor of the Village Voice, Giulietta Verdon-Roe who is currently working on a one-term documentary series about North Ronaldsay, the furthest northern island in Orkney; John Angerson whose work aims to show how different communities shift and develop; World Press Photo award-winning Peter Dench and Simon Roberts whose solo show, Let this be a Sign is also headlining the London Festival of Photography at the Camden Arts Centre.

For more touching, comic, opinionated and affectionately satirical photographs by the Magnum photographer Martin Parr, make sure to check out the Phaidon range, which includes some very special limited edition prints of his work. Jubilee Street Party is a particularly timely shot, depicting celebrations in Elland, Yorkshire in 1977.

The acute observation, wit and colour of Martin Parr's work since the mid-1980s has established his as one of the most successful and popular contemporary photographers and a leading member of the prestigious Magnum agency. The only comprehensive monograph of Martin Parr's entire career to date, this 2nd edition has been updated with new photographs and a chapter assessing his most recent photographic work, as well as his film-making, curating, collecting and editing.
Specifications: