What brings Albert Adrià to London? Not, you may be surprised to learn, an undying wish to cook the most technically challenging, chemically involved dishes known to gastronomy. The Catalonian chef may have made his name alongside his brother Ferran, at Spain’s elBulli restaurant.

Yet Adrià tells the New York Times that his new London pop-up restaurant at the city’s Café Royal hotel and restaurant, 50 Days by Albert Adrià, which opened 12 February and runs until 9 April, is not all foam and spherical olives. 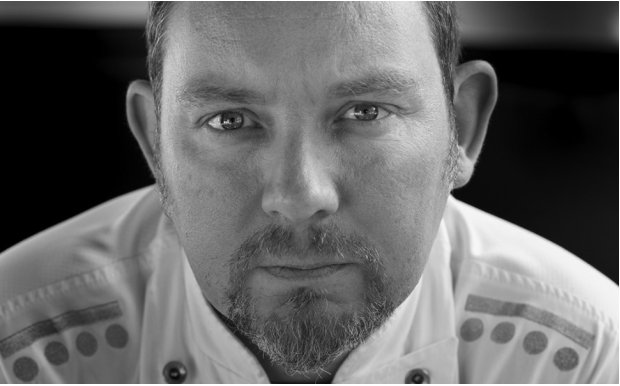 “I’ll be serving modern, neo-classical food with inspiration from all over the world,” he tells the paper. “I wanted the experience of cooking for a different audience than the ones we get in Barcelona, and the challenge of London and British produce.”

Adrià says he is prizing high-quality meat and vegetables over flashy kitchen techniques. Small, fresh green peas from a coastal town in north-eastern Catalonia, are, the chef says, his “green caviar.”

He and his team have also sourced some great Scottish duck, as well as wild oysters from Galway, in the Republic of Ireland, which he will be offering diners in specially produced shell-shaped dishes.

To begin with, diners will be served with a brace of cocktails, one absinthe concoction, one sherry drink. These will be accompanied with a plate of snacks, including pesto-stuffed corn-flour snails. 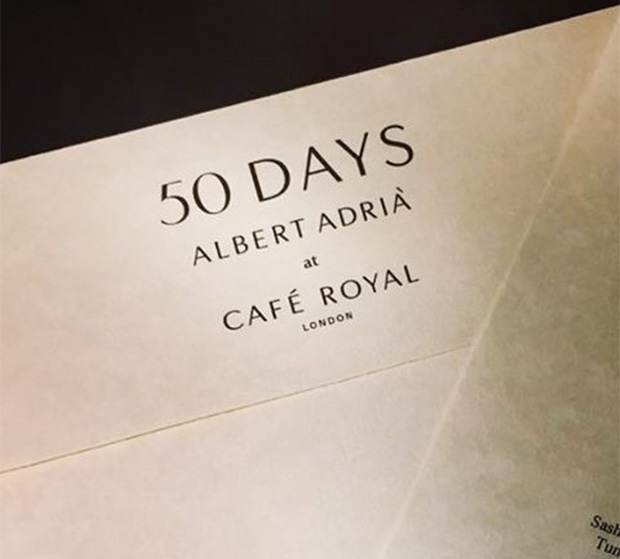 The menu card for 50 Days by Albert Adrià

There will also be some more exotic influences on the menu. Adrià's Pakta restaurant in Barcelona serves Peruvian-Japanese cuisine, which may have informed the chef’s cerviche with kumquat and Peruvian yellow peppers, also on the menu in London.

Adrià also promises mushroom ‘spaghetti’, Norwegian crab with a ginger and garlic sauce, a suquet or Spanish raw fish stew, and he recently posted an image of some delightful looking petit fours on Instagram. 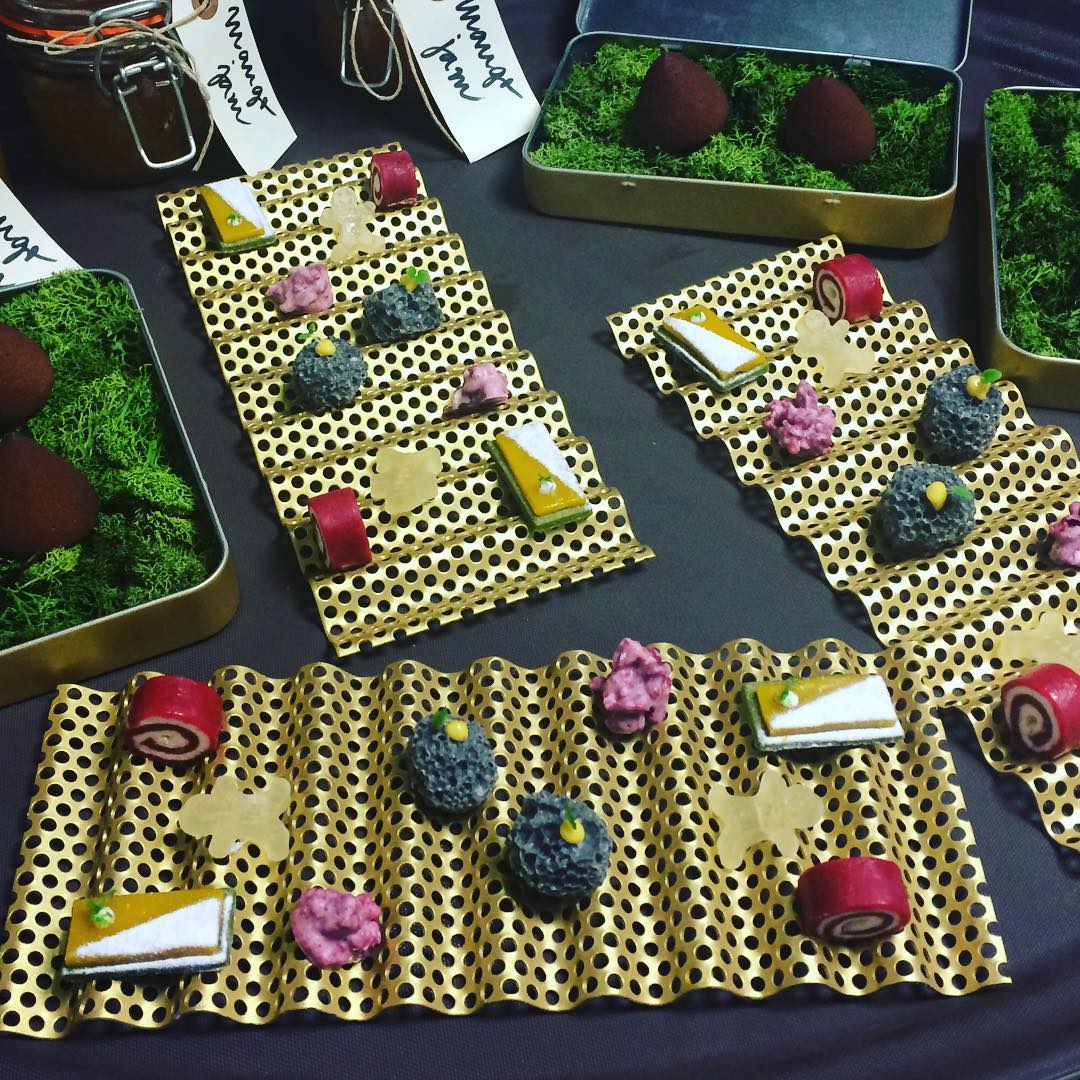 Yet, the chef adds that he has also recently learned to make kimchi from a nun in convent in Korea, so some holy East Asian flavours might make it in there too. Find out more about the pop-up here, and for greater insight into this chef’s work take a look at elBulli 2005–2011