Gastronomic traditions may vary enormously across the globe, yet all ambitious chefs recognize true innovation, as Ferran Adrià proved yesterday, during the first leg of his Chinese tour.

The enormously innovative chef, best-known for his pioneering work at the Catalonian restaurant elBulli, flew into the Chinese capital on Tuesday, to begin a hotly anticipated week-long series of interviews, press conferences and other engagements in the country, all staged to promote the Chinese edition of elBulli 2005-2011. 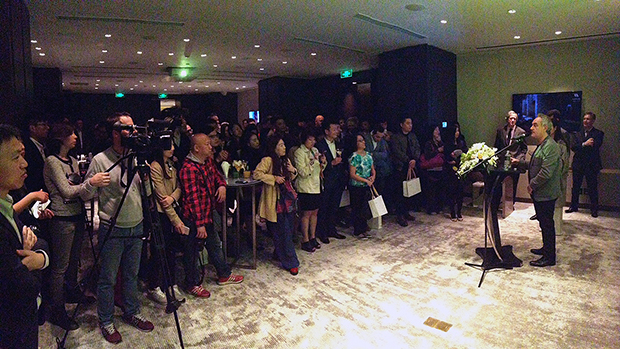 Adrià addresses a crowd of Beijing-based media and gastronomy VIPs

Beginning with a well-attended press call, the chef went on to conduct a one-on-one interview with CCTV’s host Cao Di Fei. He followed this with a special reception at the Waldorf Astoria Hotel for 150 guests, including Spanish Ambassador to China, Manuel Valencia Alonso. Attendees were encouraged to pre-order copies of the Chinese edition of elBulli 2005-2011, which will be out in December; Adrià signed commemorative bookplates of these editions. 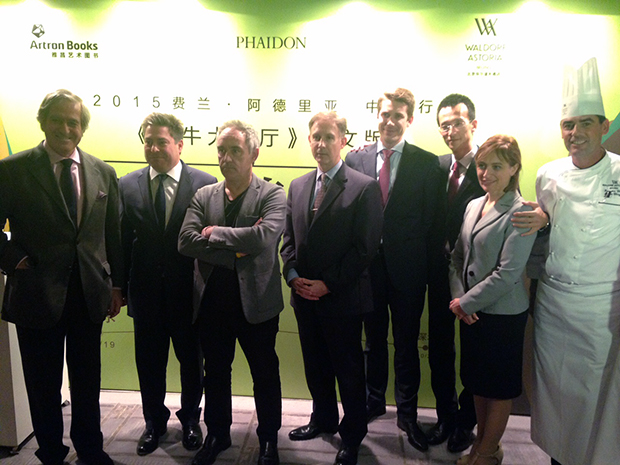 The chef rounded off the evening with a 12-course dinner at Da Dong, China's best-loved restaurant. The establishment was founded by the leading Chinese chef Dong Zhenxiang, who is a close friend of Adrià's, and has been patronised by a number of world leaders, including Tony Blair and the Obamas. It is also favoured by a number of notable chefs, including the Mandarin Oriental's Man-Sing Lee, who reccomended the place in our book, Where Chefs Eat. Zhenxiang treated Adrià to a series of local specialties, including crispy suckling duck – the restaurant's speciality – as well as steamed crab. 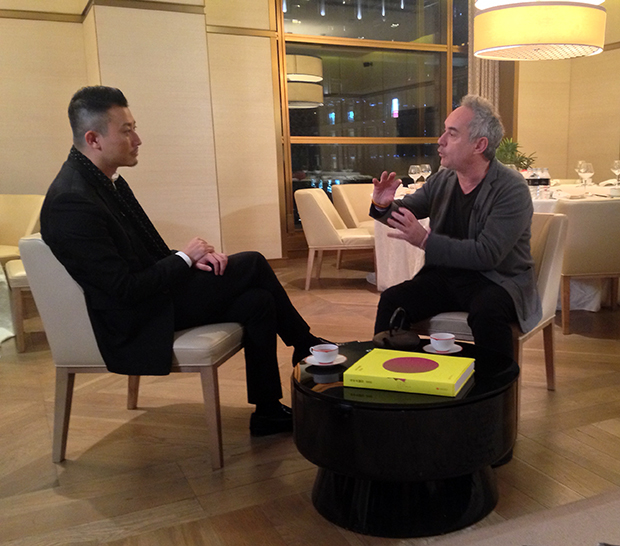 Today Adrià flies on to Shanghai, then Shenzhen, before finally rounding off his tour in Hong Kong, where he will be signing new editions at Page One books in Harbour City on 24 October; and hosting exclusive dinners at the Landmark Mandarin Oriental’s restaurant Amber, ranked 38th in 2015’s 50 Best Restaurants, on 24 and 25 October. Find out more about these events here, for more insight into the life and work of this important chef, take a look at our books by Ferran Adrià, here; and for more top chef choices from around the world, get a copy of Where Chefs Eat.