What happened at the London elBulli dinner?

Last Wednesday The Financial Times hosted its first dinner with Ferran Adrià, staged to celebrate the 20th anniversary of the FT's supplement, How To Spend It, as well as the publication of our new seven-volume set, elBulli2005-2011. 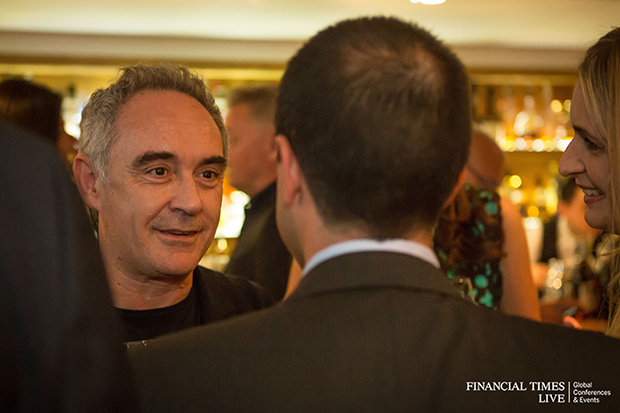 100 guests were served an elBulli-style five-course meal, which included such unconventional creations as a black olive Oreo cookie, native blue Scottish lobster ceviche, and golden cherries. The dishes were created for the occasion by British chef and elBulli protégé, Jason Atherton, and served at Atherton’s London restaurant, Pollen St Social. 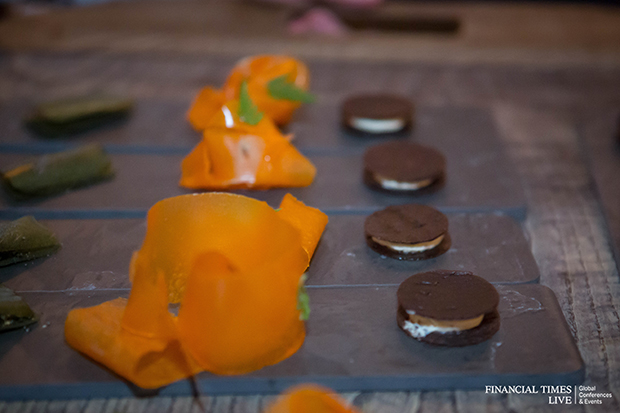 All diners received a signed book plate in an elBulli 2005-2011 presentation box, as well as a copy of Phaidon’s Ferran biography, Reinventing Food: Ferran Adria: The Man Who Changed the Way We Eat, as well as an original elBulli menu card, signed by both Atherton and Adrià; a copy of our seven-volume will also be sent to each diner, and was included as part of the £850 ticket price. 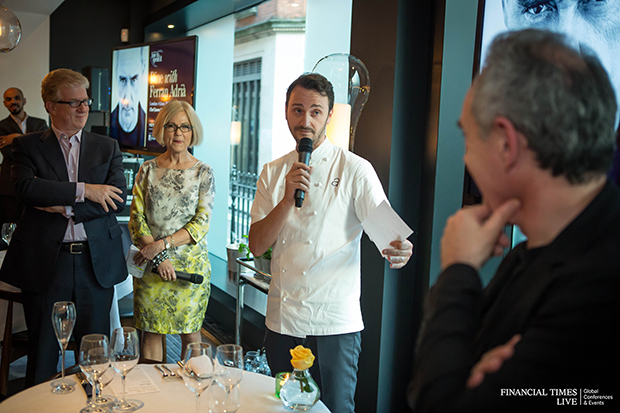 Gillian de Bono, editor of the FT’s How to Spend It supplement, greeted diners and went on to describe this latest publication as "an extraordinary achievement". Ferran himself addressed the crowd, giving a ten-minute talk on his life, outlook and achievements.

The dinner was the first of four such events, being held this year around the world. We’ll share some videos from the event later on this week. In the meantime, do consider our other Adria books, as well as this magisterial, seven-volume set.