We thought we'd kick off the week by bringing you some more stories from Ferran Adrià's US tour which wound up at the weekend in Chicago. On arriving in New York from Toronto last Tuesday Ferran headed straight to the Museum of Modern Art for an event with MoMA Store at The Modern. About 150 VIPs showed up for Ferran’s appearance at The Modern, where he gave a 30 minute lecture and then signed books for attendees while everyone enjoyed elBulli inspired canapés prepared by Chef Abram Bissell. 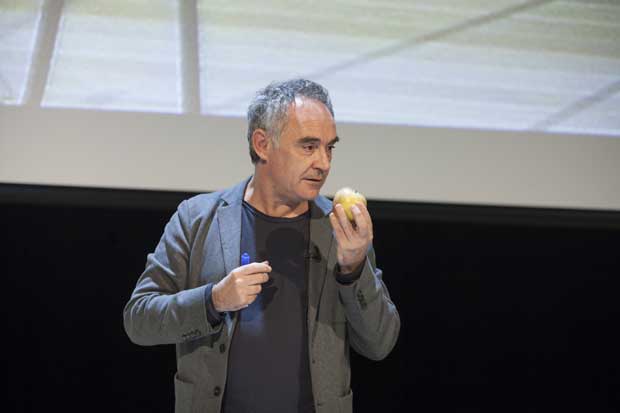 Ferran Adrià Impassioned as ever

Then, on Wednesday, Ferran jumped in the car and headed 2 hours up the Hudson River to The Culinary Institute of America at Hyde Park. After he had made his way round the hoards of students that gathered outside the lecture hall 2 hours in advance, he received a tour from CIA President Tim Ryan. After this he went over to Bocuse, the teaching restaurant, for a photo shoot with The Financial Times' magazine, How to Spend It. 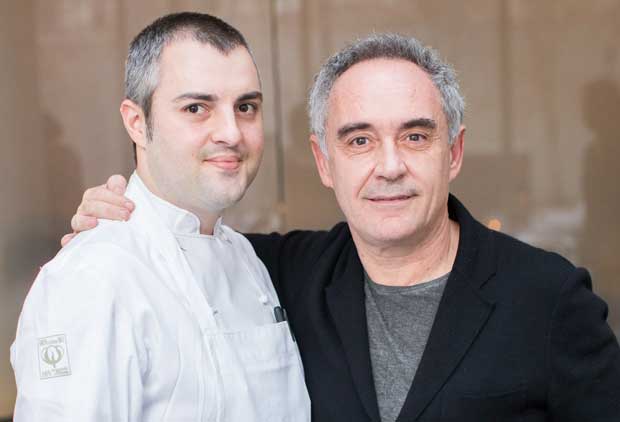 This was followed by lunch with a group of CIA students and professors who engaged Ferran in a lively conversation about creativity, during which students asked him questions about how to enhance their own creativity while he enjoyed a lunch prepared by them. Following that Ferran went back over to the Marriott Pavilion where over 800 students had filled the theatre. Another 400 around the campus watched Ferran's presentation on simulcast. 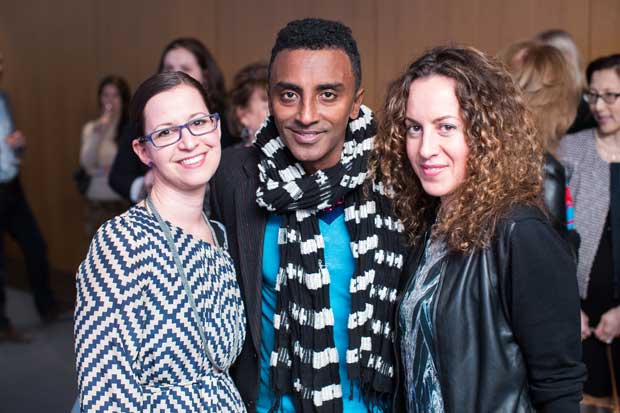 The lecture was also broadcast across the country to CIA campuses in San Antonio, TX and Napa, CA. After the lecture Ferran signed books for the students. Ferran wound up his tour in Chicago at the weekend and we'll be bringing you news from that tomorrow. Meanwhile, check out elBulli 2005-2011 in the store.