Japanese and Peruvian food and design meet at Pakta, Barcelona courtesy of a loom and El Equipo Creativo

Ferran Adrià may forever be best-known for elBulli, but since its closure he’s been busying himself with a myriad of ventures and adventures. The latest is a new restaurant in Barcelona with brother Albert.

He and brother Albert have united Peru and Japan to form Patka, a fusion restaurant near Avenida Paralelo. For the interiors, he’s returned to El Equipo Creativo, the design duo behind Adrià’s restaurant Tickets and 41º, a cocktail lounge. “The design of the space,” explain designers Oliver Franz Schmidt and Natali Canas del Pozo, “is a reflection of the gastronomic concept.” 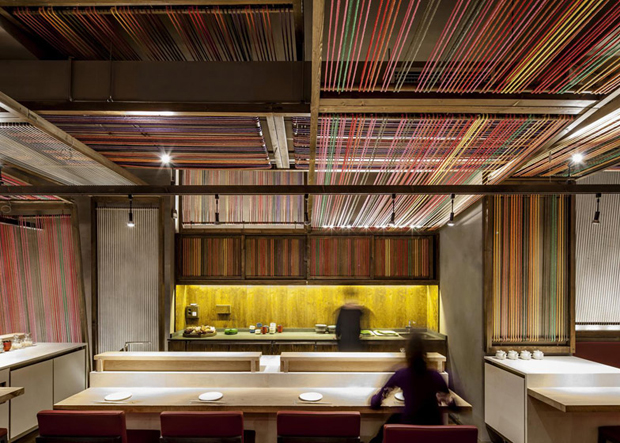 Their own fusion is one of form and function. The architecture – the bars, kitchen and furniture - gives a nod to the traditional Japanese tavern. Meanwhile, the bright and warm colour palette is distinctly Peruvian. El Equipo Creativo’s vehicle for this melange was the Peruvian loom, and by constructing a series of wooden loom-like frames, they were able to suspend different coloured yarns up the walls and across the ceilings. “This chromatic ‘second skin’… (offers) a surprising combination of colours which contrast with the austere Japanese design, and underlining the deep-rootedness of this artefact in Peruvian arts and crafts,” the designers add. By the way, Patka means ‘union’ in the Quechua language of Peru.

Anyone who’s hung out at the South London Gallery in Camberwell recently will have a sense of déjà vu. This spring, Los Angeles-based artist Pae White put on Too Much Night, Again, a show that featured reams of coloured yarn spanning and criss-crossing the room to create vast graphics spelling out meaningful words. 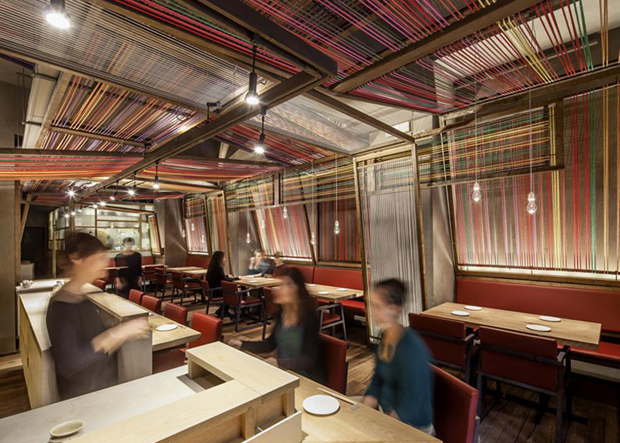 Unlike White, El Equipo Creativo were working with a long narrow space, so their idea was to compartmentalise the different dining and drinking experiences. At the front of the restaurant there’s a bar area, formed by a grid of wooden batons which acts as shelving in front of the window. This is followed by a sushi bar, where chefs concoct the dishes in front of diners on three vast marble slabs. The chairs and banquettes share their colour with the red lacquer found on traditional Japanese furniture. And right at the back, the activity of the kitchen can be watched or glimpsed through glass panels with different degrees of transparency.

If the brief mentioned the word ‘union’, then the designers have clearly done their job. As they put it: “The final result unites the re-interpretation of these two cultures… by means of some of their most emblematic traditional elements, creating a visually potent but balanced solution, at once spontaneous and rational, hilarious and silent, surprising but strangely familiar, as is the nikkei cuisine itself.” 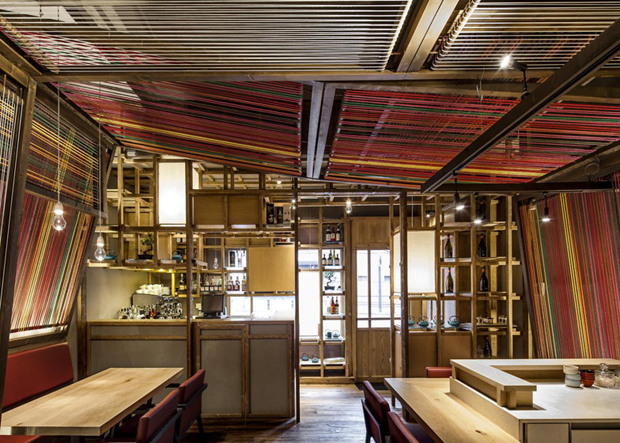 Check out our Ferran Adrià and elBulli-related books in the store. And if you're in London, look out for an exhibition of his work at Somerset House - elBulli: Ferran Adrià and The Art of Food which opens on July 5.

Charting the evolution of elBulli, the exhibition will feature an in-depth, multimedia display of each of the essential ingredients that make up the culinary creative mastermind of Ferran Adrià and his team. These include handwritten notes and sketches) alongside plasticine models, which were made for all the dishes served as a means for quality control of colour, portion size and position on the plate, and the specially-designed utensils used in the restaurant. 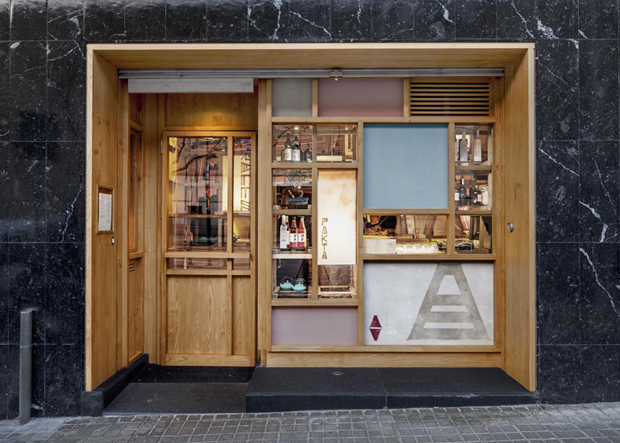