Rose gives his subjects time to set out their ideas, as well as sufficient conversational prompts to keep the whole thing moving, and by so doing opens out occasionally slightly tricky subjects to a wider audience. Richard Serra admitted during his recent interview, that he doesn't find it easy to talk about the ideas behind his work. "You can talk about the 'how' and the 'what'," he told Rose, but "when you get to the "why" it gets a little more difficult." 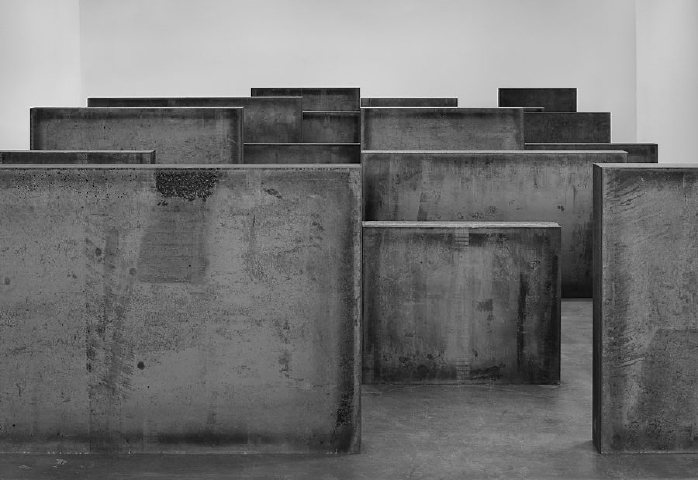 The minimalist sculptor was on the show to discuss a pair of current exhibitions he has at Gagosian's Manhattan galleries. All the works are made from thick pieces of weatherproof steel; one of them Intervals, at 555 West 24th Street - consists of 24 upright steel plates.

Rose insisted that Serra's Intervals piece looks like a cemetery, though Serra resisted the characterisation. "Often work gets tagged with a moniker that doesn't allow people to see what it really is," the artist said.

Instead, and with remarkable clarity, Serra described the artistic process from a viewer's perspective, as he sees it. "With any work of art, what happens is if you're open to seeing it you probably have a sensation," he tells the talk show host, "and that sensation leads to an experience and that experience is private and deals with your background, where you were born, what you've been exposed to, who you know, what your education was; and it will lead to other ways of thinking about other things." 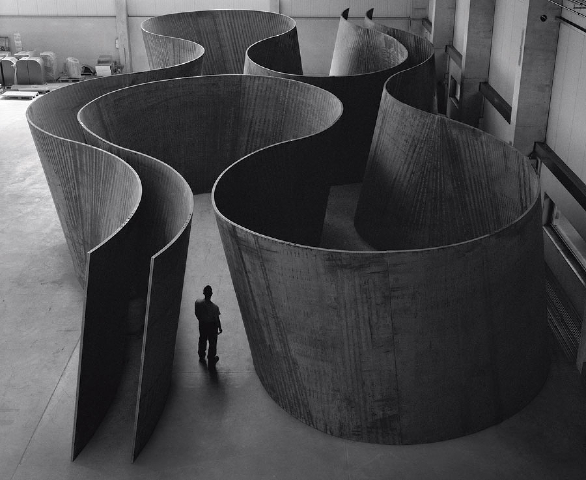 It's a view that will be familiar to any art lover but it's interesting to hear Serra set it out so clearly in the video below. Serra also explains why art history is so important to him. "You're competing against who came before and came after," he says, adding that, as a practicing artist, "you're just another stone in the wall, and if you make a contribution you're lucky."

There's plenty of other material in the half-hour chat, including a charming moment when Charlie Rose creates an impromptu desk sculpture out of a coffee cup, a sheet of paper and a water glass. Watch the whole thing above, and for more Serra insight, pick up a copy of

Art & Place, our overview of site-specific art in the Americas. The book includes a choice selction of Serra's works and some explanatory words. Buy it from the people who made it, here.