There can be few works of art so closely associated with America's great industrial age than Diego Rivera's Detroit Industry murals. These large-scale frescos that adorn the city's Institute of Arts were created in 1932 and 1933 by the left-wing Mexican artist, and focus on the workers at the city's Ford car plant. Yet their subject and scope is actually far wider, taking in medical production, race, weaponry, faith, and the predominant managerial structure of the day. Upon their unveiling, the works were thought of in some quarters as anti-American; today they're regarded as one of the masterpieces of 20th Century public art. 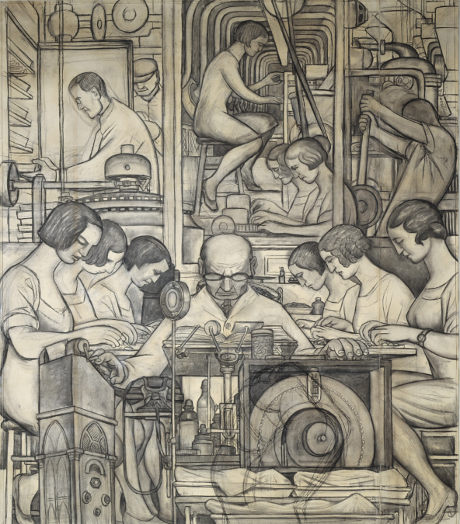 Unfortunately, the digital age hasn't proved so great for either the city or the industry that Rivera captured; earlier this month news broke that Christie's would be appraising the works in The DIA's collection, after the ailing city was declared bankrupt.

However, some solace can be drawn from reports that the funds and the technology is available to examine and digitally capture the delicate drafts Rivera made for Detroit Industry, which still reside in The DIA's collection. These pieces were last on display in 1986 and are now too delicate to be lent out. 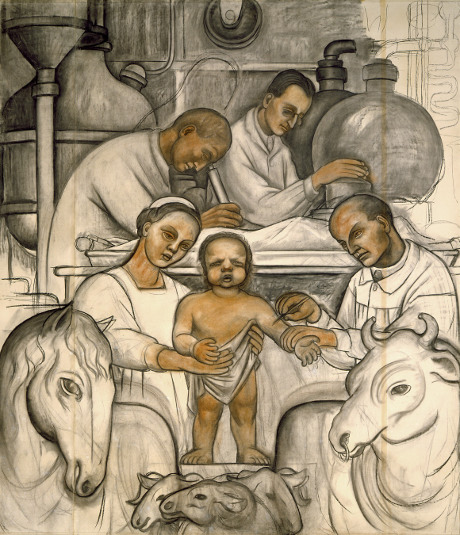 “Because the drawings are too fragile to leave the museum, the digital photographs will provide researchers and scholars access to an important aspect of Rivera’s work,” says DIA director Graham W.J. Beal. The work was carried out earlier this month, and paid for by The Bank of America's Art Conservation Project. 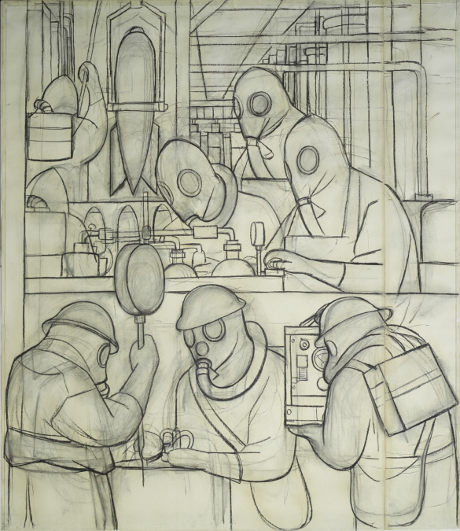 Let's hope the city can preserve the rest of its artistic heritage, and hang onto its other precious works too. For more on the story go here. To learn more about the murals go here and to learn more about great works of site-specific art in the Americas, including other Rivera pieces, take a look at our new book, Art and Place.