If the Motor City were a car, it might be on the way to the breaker's yard. The once-great north American industrial hub was declared bankrupt earlier this year, and city officials have begun to eye up the artworks housed in the Museum of Contemporary Art, Detroit (MOCAD), as they manage the city's insolvency.

While MOCAD has fought off attempts to place its assets on the city's books, it is also facing up to recent events, as it prepares to celebrate the 80th anniversary of one its greatest pieces.

The Detroit Industry murals were completed by the Mexican artist Diego Rivera 1933, and depict the city at the height of its pre-war boom, with thriving laboratories and production lines. 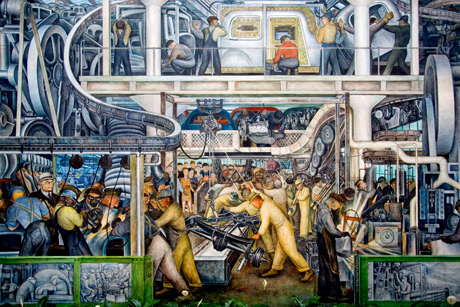 Now, in a new project, opening tomorrow, entitled The Past Is Present, MOCAD has commissioned 15 artists to paint murals depicting events that occurred in the city since Rivera's paint dried. The artists participating include Jennifer Allora and Guillermo Calzadilla, Andrea Bowers, Carolina Caycedo, Claire Fontaine,  William E. Jones and Martha Rosler. Meanwhile, MOCAD says the events portrayed include “Martin Luther King, Jr.’s pivotal yet under-recognized speech in Grosse Pointe, Michigan in 1968; the development of labor unions, urban farming, and the birth of Motown; to the creation of central symbols of the American dream including sports stadiums and the automobile.” 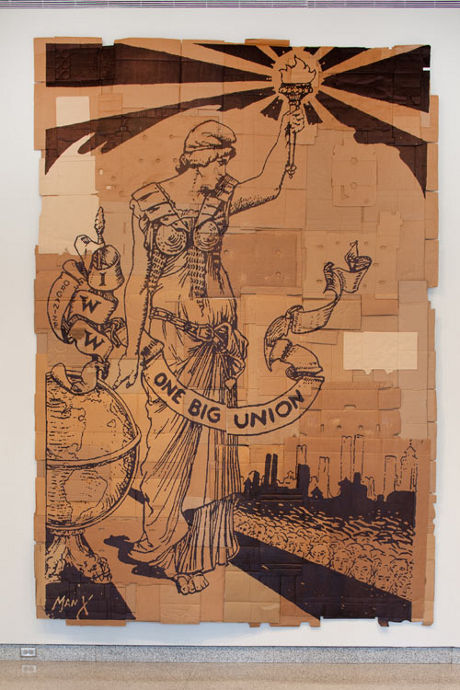 Not all the scenes depict the city in the best light. For example, William E Jones' Battle of the Overpass 1937 (top), pictures an infamous clash between car-plant workers and Ford's security personnel. Nevertheless, it is refreshing to see public artworks that don't simply glorify civic achievements, but instead attempt to show a place as it really was. To find out more, go here. For greater insight into the role of site-specific art in North America, please take a look at our new book, Art and Place.