Ai Weiwei goes back to jail

In a recent interview with the Art Newspaper, Ai Weiwei was asked whether he considered himself lucky. After all, he had this great subject for his work: China. The artist and dissident gave a careful answer, beginning by saying that he didn't feel "lucky as a Chinese person", but added, "I feel privileged to be able to integrate art with my political views and social change, because we are living in a world where art inevitably carries the weight of human struggle."

Next year, a selection of site-specific works depicting this struggle will go on display in one of America's most apt sites. From 27 September 2014 - 26 April 2015, Ai will stage an exhibition on the island prison of Alcatraz, creating site-specific sculpture, sound, and multimedia works for various spaces on the Rock, including restricted areas that will be opened to the public specially for this exhibition.

The show is being staged in conjunction with In-Site, a San Franciscan organisation that helps put on site-specific, publicly funded artworks in the Bay Area. Visitors with a standard $30 ticket to the former prison, now a public visitor attraction, will be able to take in the show. 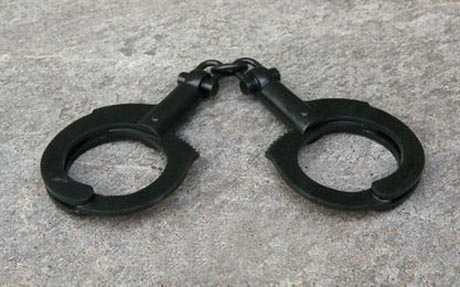 Ai has been unable to visit the island, as travel restrictions placed upon him three years ago are still in place. However, In-Site's founder, Cheryl Haines, has been furnishing the artist with appropriate research materials, including two films set in the prison, Birdman of Alcatraz (1962) and Escape from Alcatraz (1979).

He has told the New York Times that is interested in "exploring conditions in which individuals are stripped of basic human rights." "I have too many friends who are still in jail," he tells the paper. "The fact that people who are fight for freedom have lost their freedom being incarcerated is more than ironic."

He adds that, unlike his recent Venice piece, the installation won't be simply inspired by his own 81-day period of incarceration back in 2011. Haines, also interviewed by the Times, says the island's history, as civilian prison, a military prison and a site of Native American Indian protests, may well be taken into account in Ai's installation.

Haines also tells the paper that she sought and received State Department approval for the exhibition, and that the island is not have mains electricity or water supplies. Hardly the easiest show to stage, but certainly a worth edition to next year's arts calendar. For more on this, go here. For greater insight into site-specific works in the Americas, take a look at our great 2013 book, Art and Place, and for more on Ai Weiwei consider our monograph, the first published on this important contemporary artist.