Upon the publication of Art and Place, we take a look at Rivera's murals at the Universidad Autonoma de Chapingo

Among the most colourful and vibrant pages in Art and Place, our comprehensive and wide-ranging collection of site-specific art in the Americas, are those featuring the work of the Mexican Mural Renaissance of the early 20th century, particularly that of the artist Diego Rivera.

During the Mexican Revolution, which took place between 1910 and 1920, an estate in Texcoco, which had originally founded by Jesuits in 1699, was expropriated by the government and given over to the National School of Agriculture. In 1923, the Minister for Agriculture commissioned Rivera to decorate two of the complex's main buildings. 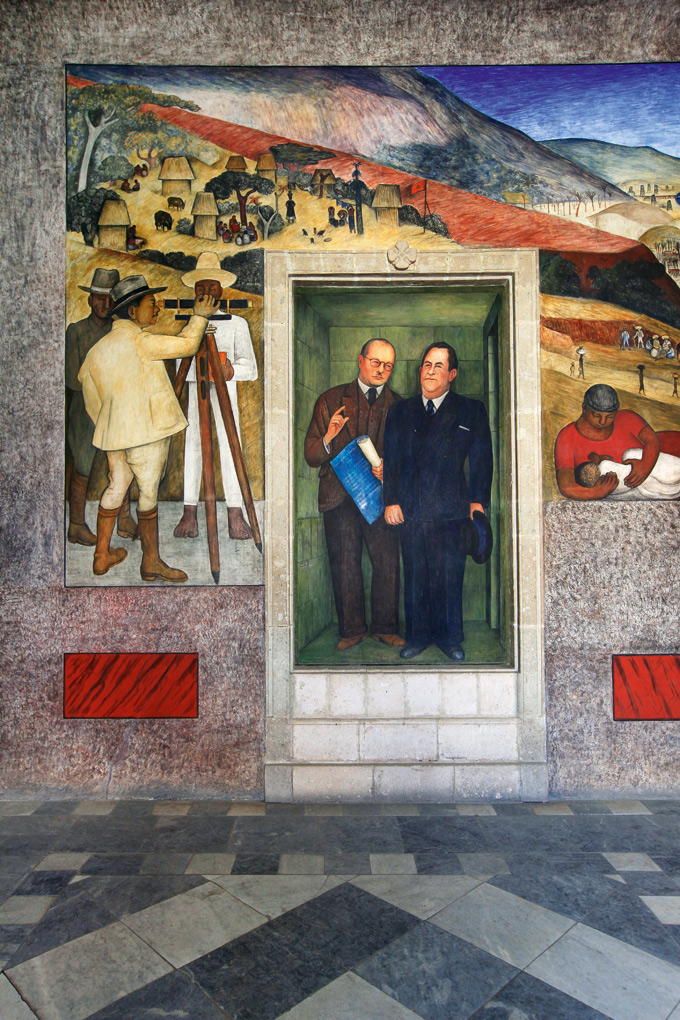 Murals from the administrative building at the Escuela Nactional de Agricultura, 1923 -24, by Diego Rivera

The first phase of Rivera's work, assisted by Xavier Guerrero, took the form of nine distinct panels in the public areas of the main administrative building. Two contrasting panels show, on the one hand, peasant and industrial workers toiling harmoniously for the greater good, while, in the opposing picture, the country's elite - an assortment of bankers, politicians, landowners and clergy - exploit the proletariat. A third panel carries the school's motto: "Here the student is taught how to exploit not people but land."

The second phase of the work was carried out between 1925 and 1927 in the auditorium that was formerly a chapel. Although again, the didactic panels deal with the sorrow of martyrdom and the cruel acts of exploitation that the Revolution sought to banish from Mexico, the dominant image is a huge, nude portrait of the artist's second wife, Guadalupe Marin. Voluptuous and recumbent, hand held aloft, she symbolises the fertility of the land, and exudes a dominant, life-affirming energy which triumphs artistically against the injustices depicted elsewhere. With Rivera drawing inspiration from Giotti's frescoes in Padua, Italy, these murals, in their composition and overwhelming use of colour transcend mere propaganda and ascend into the realms of art. 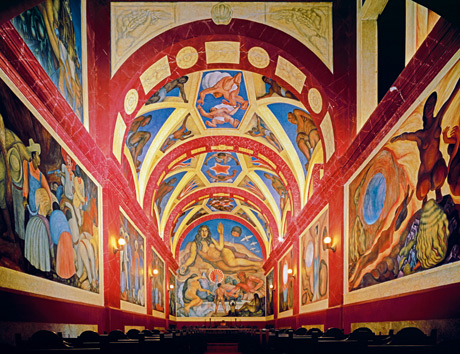 Murals in the former chapt at the Escuela Nactional de Agricultura, 1925 - 27, by Diego Rivera

If you're intrigued by the imagery and history of this work, you can find plenty more like this in our book, Art and Place. You can also learn more about the title by reading our interview with its editor, Rosie Pickles, here. You can see some pictures from it here, and when you've done that why not buy it from the people who made it here.