The "James Dean of art" has his posthumous plans put on show in Dallas, including drafts for four unmade works

Even for a land artist, Robert Smithson was rather taken with his country. Though born and raised in New Jersey, Smithson was more enamored with the scale and romance found in the states further west.

"My first major trip was when I was eight-years-old and my father and mother took me around the entire United States," he told Paul Cummings in a 1972 interview for the Archives of American Art. "Right after World War II we traveled across the Pennsylvania Turnpike out through the Black Hills and the Badlands, through Yellowstone, up into the Redwood forests, then down the Coast, and then over to the Grand Canyon. It made a big impression on me."

Of course, he would, in later life, leave his own 'big impressions' on the western states, with large-scale site-specific pieces, or 'earth works', as he preferred to style them. His best-known piece, Spiral Jetty, still receives hundreds of visitors each year, despite being set into on a remote shore of the Great Salt Lake in Utah. Indeed, it is one of the few site-specific works you can visit on Google Street View - Google even appears to have sent an employee with a camera out along the spiral.

However, for an easier overview of his work, anyone in the Dallas-Fort Worth area within the next four- and-a-half months should head along to the Dallas Museum of Art. Robert Smithson in Texas is the first examination of five projects Smithson proposed throughout the state of Texas and is at the museum's Focus II Gallery until 27 April 2014.

The show draws together around 26 objects relating to these projects, including drawings, sculpture, and photographs, drawn from public and private collections as well as the artist's estate. Visitors can also view film by artist Nancy Holt, Smithson's wife, shot during the construction of his only finished Texan land artwork. Smithson died in a light aircraft crash, while surveying the site for this work. Holt, alongside fellow artists, Richard Serra and Tony Shafrazi completed the work after Smithson's death.

It might sound like quite a pared down show, yet Smithson is so seminal and highly regarded an artist, even these few documents offer a tantalizing insight into his life and work. Indeed, Smithson's high-minded theory, and early demise only add to the allure of his works, both completed and unmade. Little wonder the New York Times' Michael Kimmelman described him as "art's James Dean". 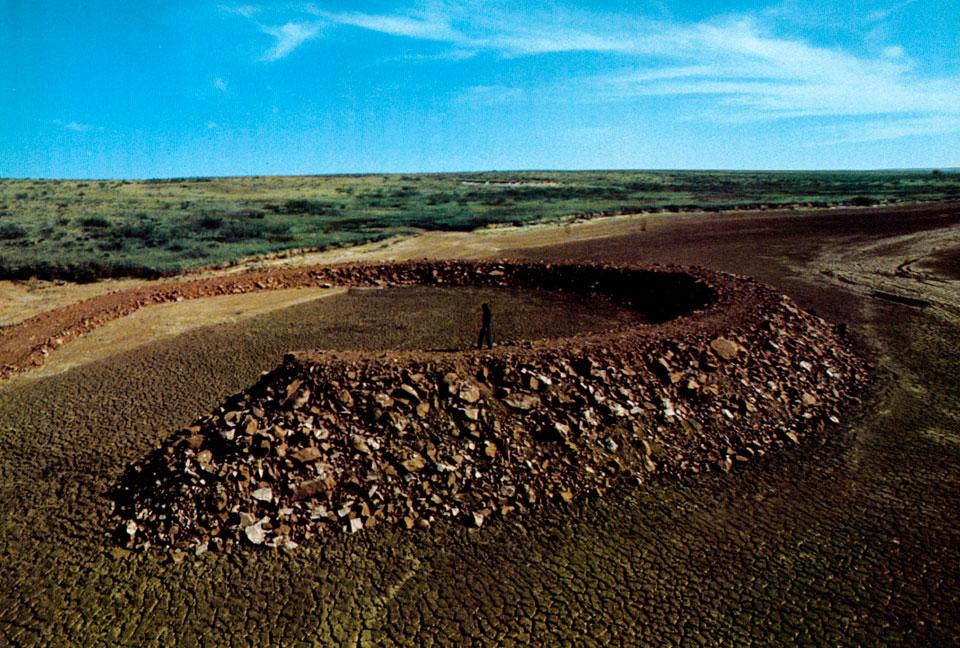 "Robert Smithson's passion for the Texas landscape is one that has been a privilege to observe and share," says Maxwell L. Anderson, Director of the Dallas Museum of Art. "It is with tremendous enthusiasm that the Dallas Museum of Art brings his important contributions in the state of Texas to the attention of the wider public."

To be a part of that audience, go here. For greater insight into Smithson and his contemporaries, pick up a copy of Art And Place, our unrivalled overview of Site-Specific Art of the Americas. Buy it from the people who made it, here.