Saving the Michelangelo of the Capitol

Work is underway to restore Dome of the US Capitol building, and protect its delicate Italianate frescos

Following the US government shutdown earlier this year, there was plenty of talk about the failure of the American political system. It isn't our place to comment on such matters, yet it is heartening to see some of the major artworks and landmarks in the US capital are being looked after. 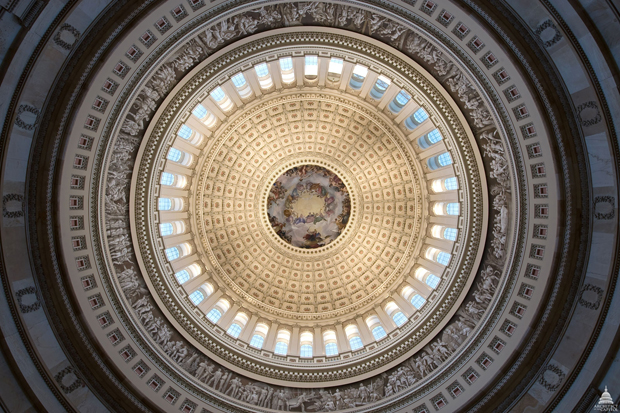 This autumn the iconic Dome of the US Capitol building will undergo a full restoration, to prevent its cast-iron structure from deteriorating any further. The project, overseen by the US government agency the Architect of the Capitol, is not only undertaken to save the building's striking exterior, but also to preserve it's intricately painted interior.

In particular, the restorers are keen to rescue the Apotheosis of Washington, a fresco painted onto the uppermost parts of the dome, depicting George Washington in a heavenly surrounding, which is endangered by the building's degradation. 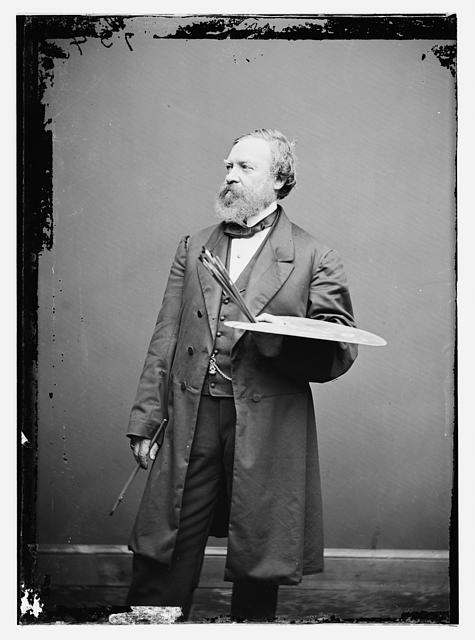 Constantino Brumidi, an Italian immigrant who had been employed by the Vatican, executed this work in 1865. Brumidi became a naturalised US citizen in 1852, and took up a position as a government painter a few years later.

Brumidi, dubbed the Michelangelo of the Capitol, painted a number of other parts of the building, including the halls in the Senate wing, posthumously named the Brumidi Corridors. These were successfully restored over the past decade, and are now open for visitor tours. During the Dome's restoration, conservators say they will be able to keep Apotheosis of Washington on show, even while the exterior of the Dome is shrouded in scaffolding, allowing sightseers to take in this delightful site-specific work. 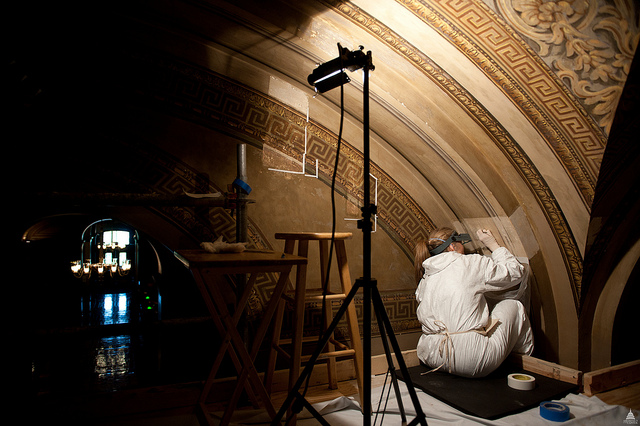 The recent restoration of the Brumidi Corridors

For more on the restoration go here. For greater insight into site-specific works in the Americas, from the antique through to the thoroughly modern, take a look at great new book, Art & Place.