Little pieces of London will be on show in Milan next month, when designer Paul Cocksedge unveils his Excavation: Evicted collection at the city’s Palazzo Bocconi-Rizzoli-Carraro during Milan Design Week. The idea for the project, which the designer is presenting with his gallery Friedman Benda in collaboration with Beatrice Trussardi, came from Cocksedge’s erstwhile landlord who served the London designer with an eviction notice, after his studio building was sold off as part of a new real estate development. 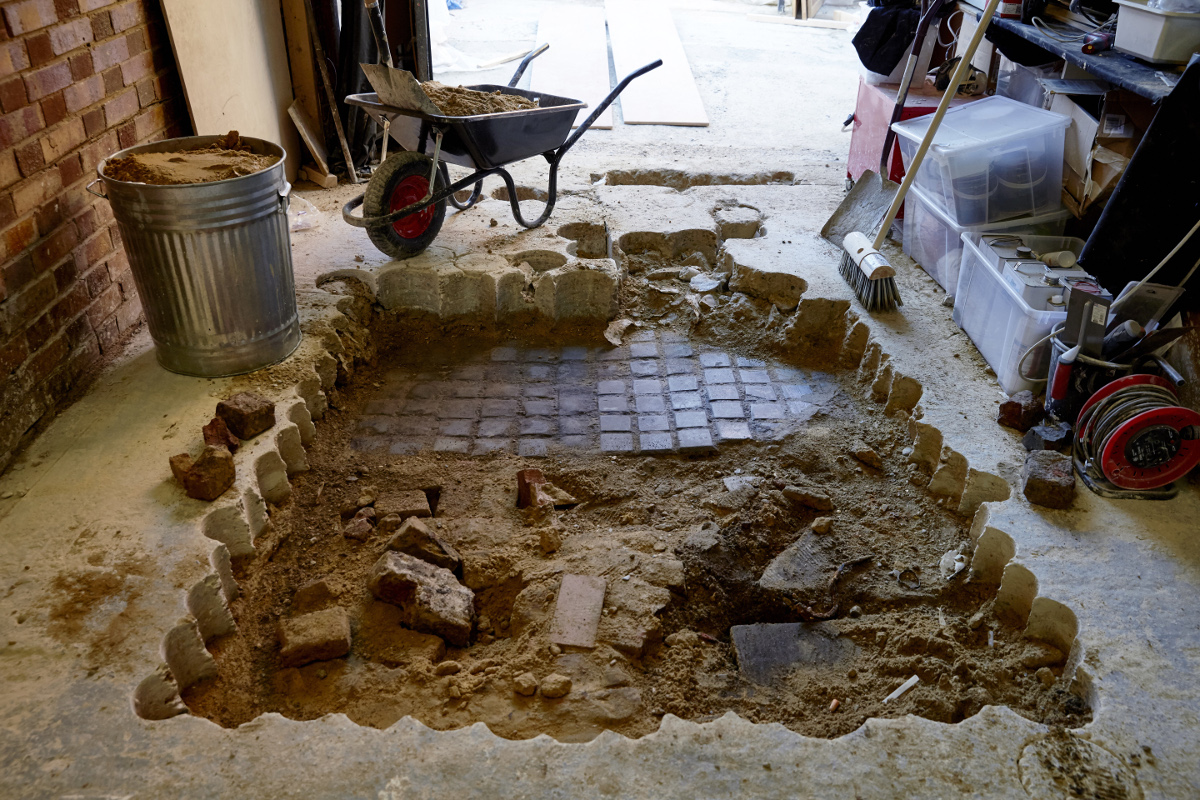 Cocksedge and his team had occupied this East London studio for twelve years, and, as a means to memorialise that time and experience, began to look into ways to preserve the space. Investigations into the studio’s floor revealed a relatively recent layer of rubble-filled concrete covering an older, brick floor, which had once served a stables.

Cocksedge dug into these layers, extracting cores from the floor, which the designer and his team went on to polish and shape into this new furniture collection. 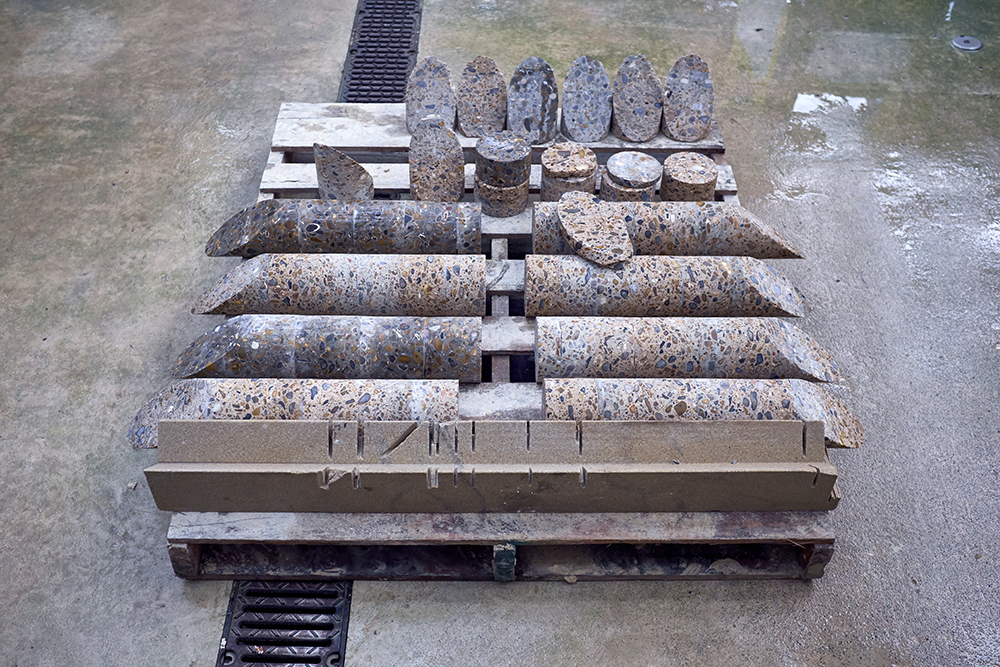 “By drilling, we discovered this material that is a mix of concrete and rubble,” says the designer. “By creating pieces from the very fabric of a disappearing creative space, I want to commemorate the places inhabited by the creative workers.”

The concrete pieces certainly look like chunks of terrazzo, while the brick pieces bring to mind both London’s past, and its present community. 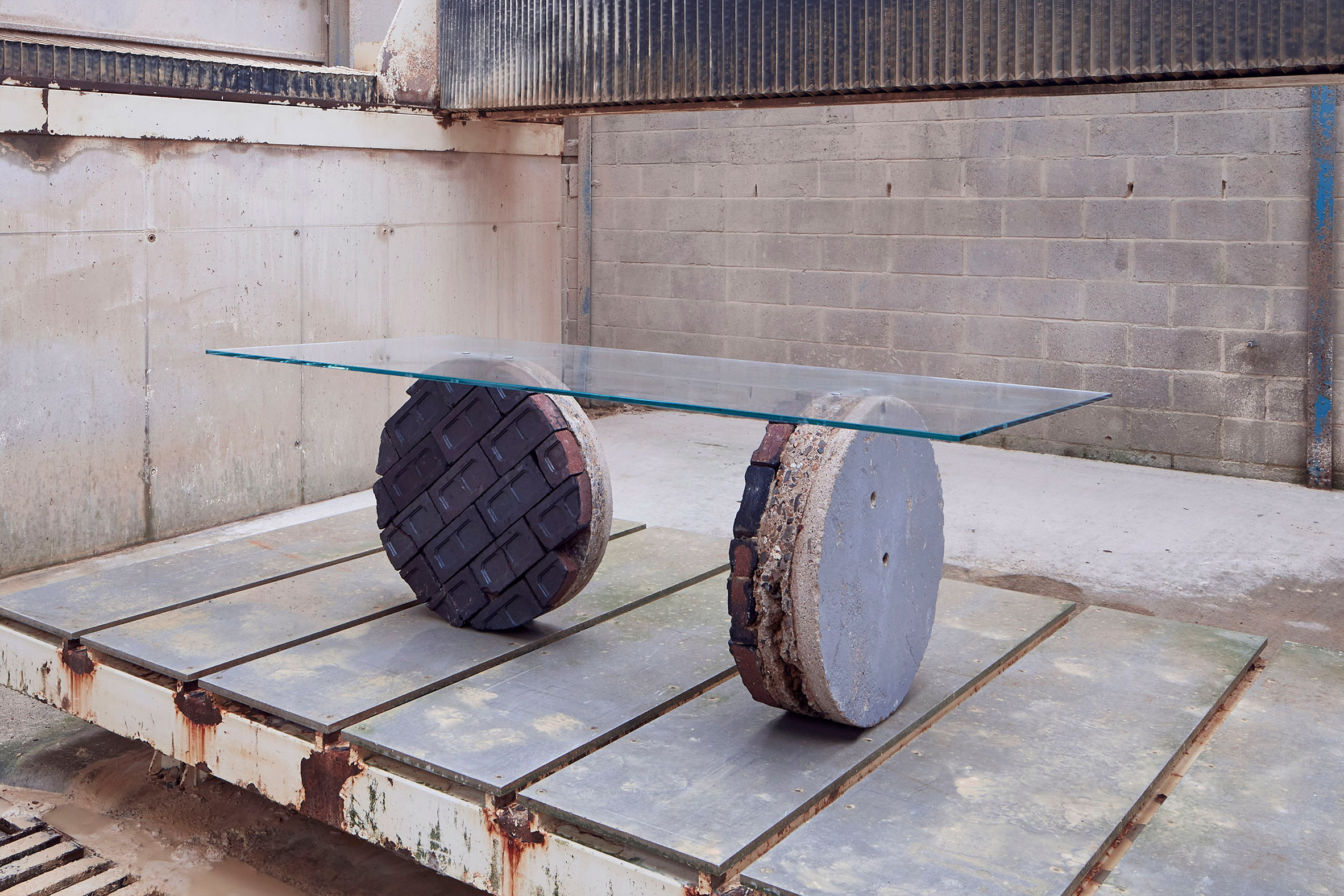 For more on the creative possibilities of concrete get this book, and for innovative uses of brick get this one. 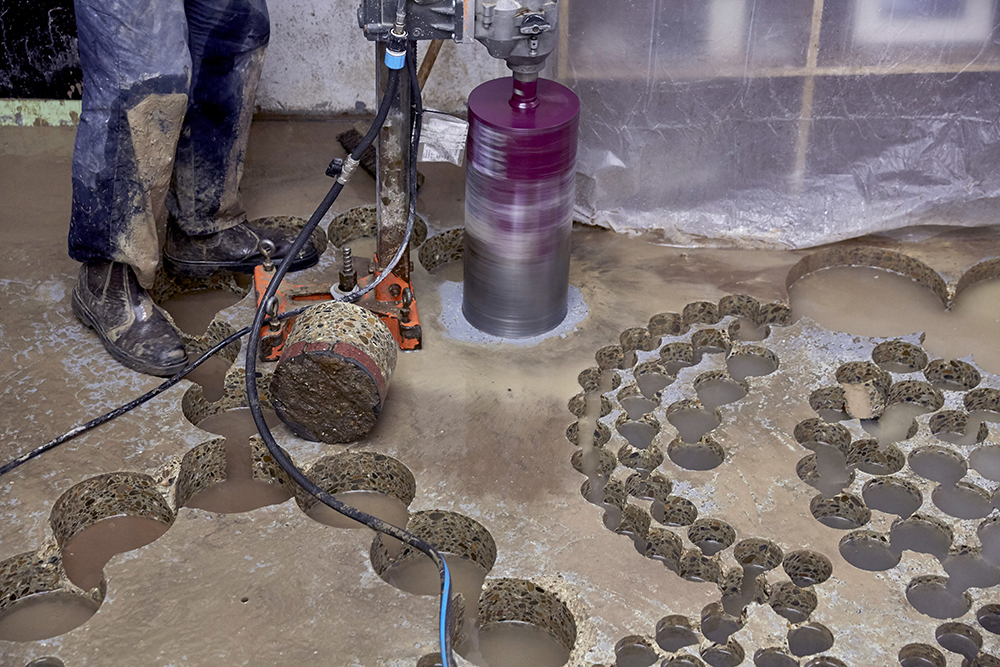 The floor of Paul Cocksedge's studio during the creation of his Excavation: Evicted collection. All photographs by Mark Cocksedge, courtesy of the Friedman Benda gallery