Our suspicion of big oil companies is tempered slightly by the fact that they tend to commission so much decent looking new architecture. The latest example is French group Total which got in Berliners Barkow Leibinger for its new HQ in the German capital.

The Tour Total is 18 storeys high and will be home to 500 staff. It sits in a 40-acre masterplan just north of the city’s new main station. It’s the first building to be completed in what’s being called Europacity, and will be followed by an art campus, marina, restaurants, apartments, and workspace. 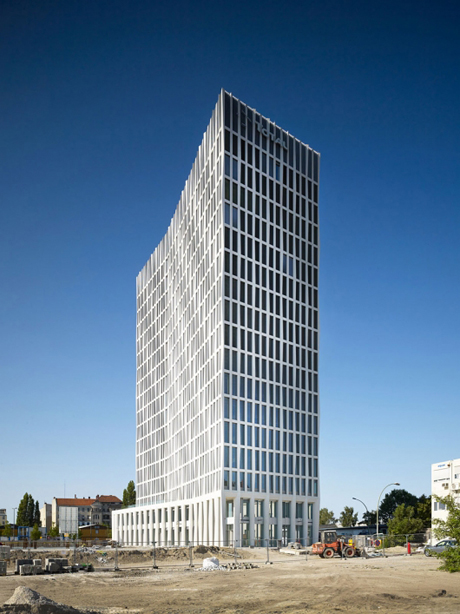 At first it might look like a pretty standard 1800m rectangular prism standing on its head, but in fact Frank Barkow and Regine Leibinger have made it ripple. It’s all down to a clever use of faceted concrete piers on the façade, whose angles seem to twist and turn, almost as if they’re plaited. 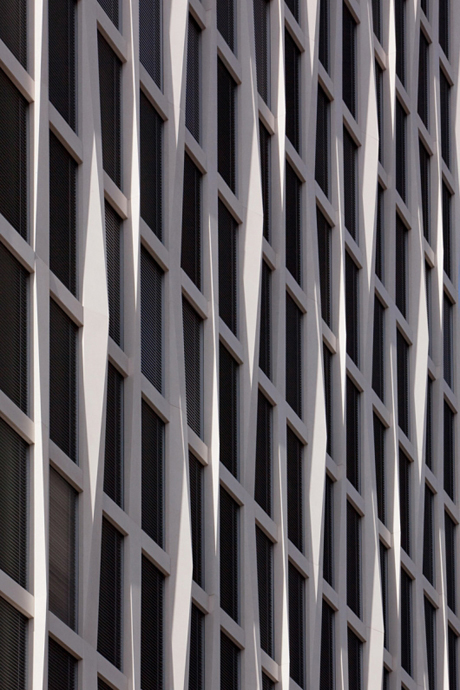 According to the architects, this is in sync with Berlin's building typology: “The faceting of the facade is a way of elaborating on this type, or subverting it a bit, to produce a visual effect that is in line with Total’s requirement for a strong elegant image for their building.” And unusually for a corporate monolith, this one has interiors with serious wow-factor too. The faceted concrete is replicated on the walls of the staircase in the lobby as a more tightly-knitted affair. If you're amazed by Barkow Leibinger's clever use of concrete you'll be blown away by our book Concrete which features numerous other exciting examples of the way the material has been used in architecture. It's part of our Cyber Monday offer today only. 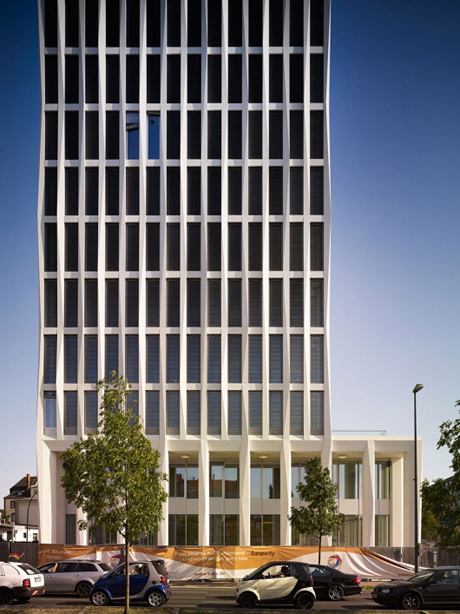