Where better to showcase the best that concrete can offer, than at the home of a concrete manufacturer? Italcementi is one of the world’s top five makers of cement and concrete, and it now has a new research and development unit at its HQ in Bergamo. Called the Italcementi I.Lab, it’s a sleek and gleaming Richard Meier and Partners creation that plays nicely with the triangular site upon which it sits.

The building, which houses the company’s research and innovation teams, is pretty innovative in itself, being made of TX Active, a high-strength, reinforced concrete which took 10 years to develop. “The white TX Active® concrete reacts with ultraviolet rays breaking down harmful pollutants,” the architect explains, which will “significantly abate pollution caused by car emissions and industrial activities”. And because TX Active is also self-cleaning, it will keep its original colour. 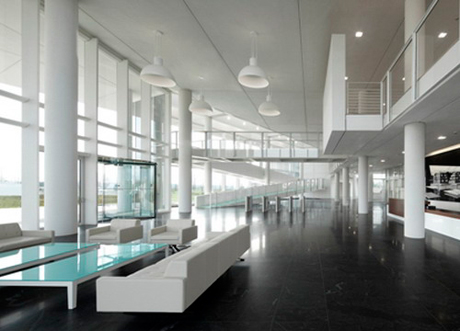 Italcementi, which is understandably proud of its innovation, has calculated that if in a city the size of Milan, 15% of visible urban surfaces were covered with products containing TX Active®, pollution would be reduced by 50 percent.

The I.Lab is not only a good-looking structure, but it has some impressive sustainability credentials too. In fact it’s Italy’s first building to receive LEED Platinum accreditation. Dukho Yeon, design partner-in-charge, says the building “is our firm’s most sustainable to date, embodied in sculptural and dramatic, but simple forms showcasing the possibilities of concrete in perfect balance with the technical purpose of the building." 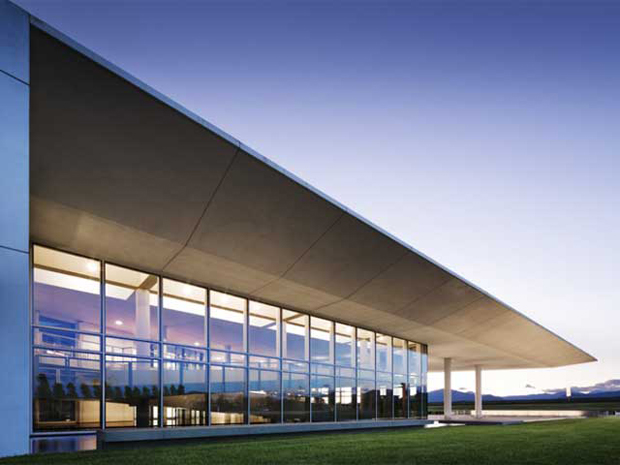 Which means that water efficiency and energy issues are addressed via photovoltaic panels, solar panels and geothermal wells.

Richard Meier, who set up his practice 50 years ago, explains his concrete history with Italcementi. “We first began working with Italcementi and with its president, Mr. Carlo Pesenti, while designing the Jubilee Church in Rome. The church was initially designed to be poured in place with white concrete, but in conjunction with Italcementi we concluded that 12 ton white pre-cast concrete panels would be a better way to execute the design.” You can learn more about the work of one of the world's leading architects in our fine monograph, Richard Meier and by browsing our online Richard Meier content. And if you love concrete there really is no better place to start than with our book, Concrete. 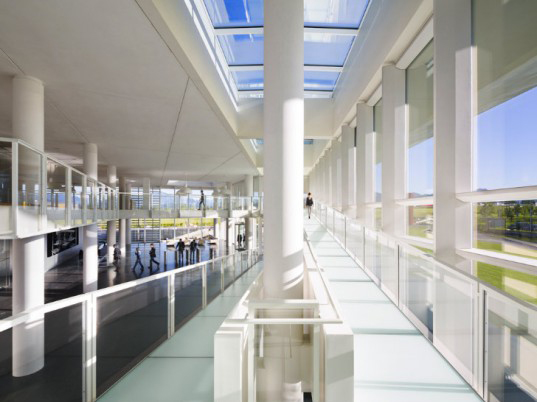