We must admit it was the concrete element of artist and sculptor Fabrice Le Nezet’s new series of sculptures Measure, that first caught our eye. We’re publishing a book on the stuff in a few months and so we’ve become rather interested in the subject lately. Le Nezet is a London-based French artist, best known for his short films, among them Dynamo, Raymond and 'Dix as well as some clever commercial projects for the likes of Sony, Ford, Nokia, Vodafone and Amnesty International. He describes his work as a mix of architecture, modern sculpture, toy design and urban culture. 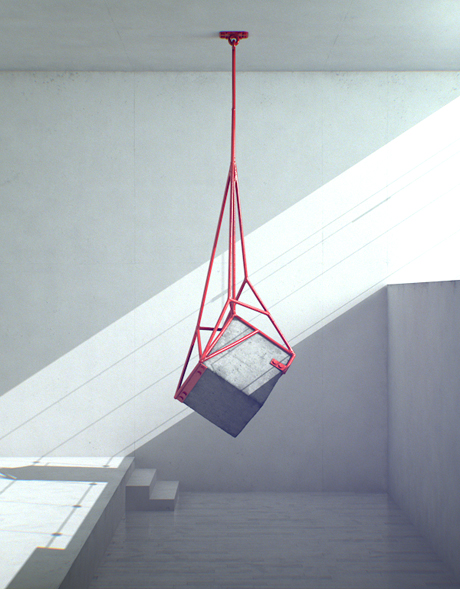 Commenting on the series on his website he says: “I worked here on a physical representation of the idea of measure. The objective was to 'materialise' tension in a sense, as if the structures were almost about to physically break; to make the notions of weight, distance and angle palpable. This work lies in the context of my search for purification around raw materials such as concrete and metal. This is why I played with simple shapes which catch light and transcend the volume structure."

In previous projects Le Nezet’s been working towards simplifying shapes and it’s true the vibrant colours emphasize structure and the discrete yet monolithic nature of the concrete used. Meanwhile, the sheer weight of the sculptures – in some cases they weigh up to 1,000 kilograms - makes one reassured by the fact that he comes from a solid, formal scientific training and background. 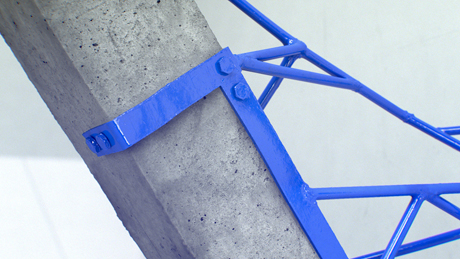 Our book Concrete is a visual exploration of the aesthetics of concrete architecture through 180 structures from ancient Rome to the present day and includes innovative, often inspirational projects from monuments and churches to stations and cultural spaces by some of the most notable architects of the last 100 years.