What would you do with Preston Bus Station?

Preston Bus Station, a 1960s brutalist building in the north west of Britain, has been awarded Grade II listed building status. The local council had planned to demolish this fine example of mid-century civic architecture, yet, following a public outcry, city planners have decided to redevelop the station into something more fitting – a ‘youth zone’ in this case.

The council hopes that this £23m regeneration scheme will offer “the people of Preston a new and exciting civic space, and a more attractive pedestrian route” in and around the city centre.

With the help of the RIBA, the council has shortlisted five proposals from nearly 100 anonymous competition entries. These lucky entrants are now working up more detailed designs, based on the extra information the client has released.

The youth zone will be operated not by the council or a commercial outfit, but by OnSide Youth Zones, a charity hoping to “build a network of 21st Century Youth Centres, giving young people quality, safe and affordable places to go in their leisure time.” 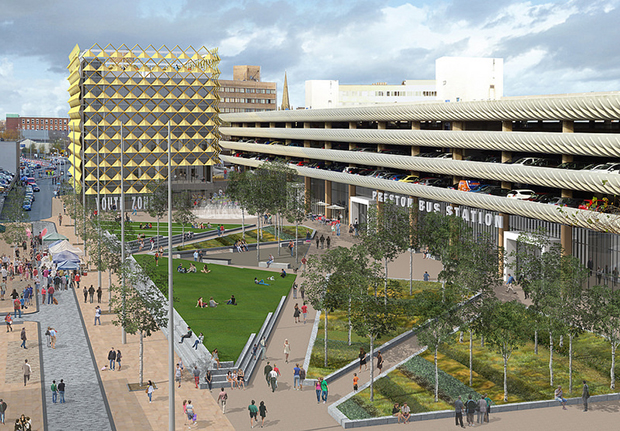 Each of the five shortlisted schemes for Preston works with the curved concrete parking bays created in 1969 by architects Keith Ingham and Charles Wilson of BDP. And each promises contemporary landscaping and outdoor public spaces. 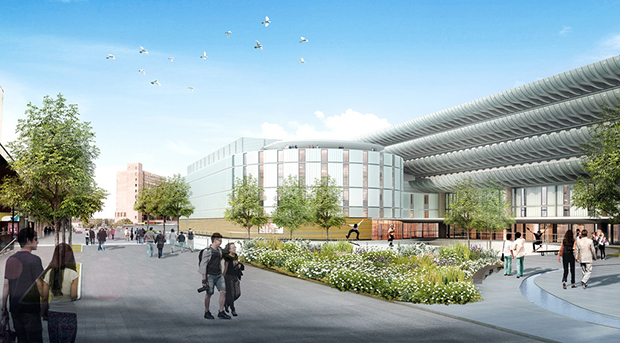 One design is of a four-storey translucent building which echoes the station’s curved form; another is a block three storeys tall with a basketball court on the roof; the third’s roof features a sports pitch, and has a single stripe of brown cladding wrapped around the exterior; design four’s façade has a harlequin pattern and a triple-height atrium; the fifth is more of a low-slung lozenge shape.

The winner will be announced later this summer. Yet, whichever scheme is built, the real triumph here is for brutalism, once viewed as the epitome of bad building design, and now prized in all its forms. For more on this style of architecture, buy our Concrete and Modernism books; and to learn more about contemporary architecture in another part of the world order Jutaku, our new title on Japanese houses.