As publishers of this, this and this to say we're looking forward to the Venice Architecture Biennale later this month (August 29-November 25) would be a slight understatement. Estonia's entry, which examines the life of monumental modernist buildings using the currently-disused Linnahall Convention Center in Tallinn, particularly catches our eye.

The Linnahall was designed by Raine Karp and Riina Altmäe and is one of several large, modernist quasi-citadels built in the 1980s. It featured an ice rink and a concert hall. Lou Reed took a shine to its brutalist form and performed at the venue. Koyaanisqatsi was screened there with a live orchestra.

But just 30 years later it's seen as a blot on the landscape, too expensive to maintain. Recent interest from a potential American investor came to nothing and negotiations over its future have spluttered to a halt. In the Biennale entry, "How long is the life of a building?", the Linnahall is used to examine how many once-important Estonian buildings have become abandoned and whether this provides any insight for the future. 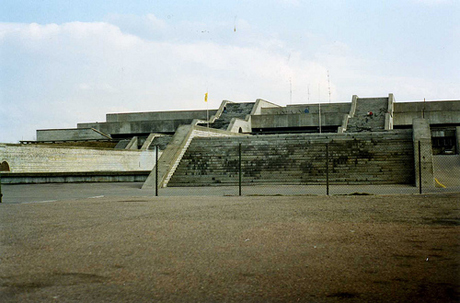 It advances different scenarios for the fate of the closed structure, one of which is a film in which viewers are taken on a trip inside the building, a catalogue with essays and thousands of free postcards depicting the building. The Biennale of Architecture runs from August 29 to November 25.

The negative associations that tend to dominate most people's view of concrete buildings such as the Linnahall are one of the things we address in a fascinating new book, Concrete. It takes a look at what is essentially the world's most versatile and abundant building material, why the public was quick to fall out of love with it, (blame the brutalists) why it's actually one of the greenest building materials around and why author Leonard Koren maintains it is one of humankind's greatest achievements. Phaidon.com has just finished reading it and we're right with him. Buy Concrete here. 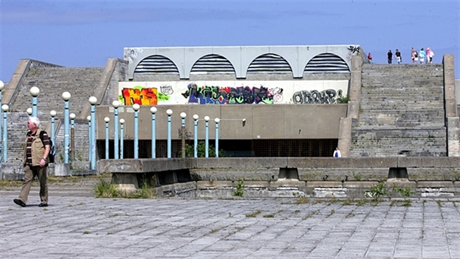