The work, going on show in NYC, forms part of Holl’s mission to rethink the way a building's space is used

A new Steven Holl creation will be unveiled in Manhattan tomorrow. However, unlike many other architectural marvels topping out in the city, his new offering is not, as yet, open to the elements.

Holl’s sculpture, Ex of In XII, is pretty and almost Barbara Hepworth-like in its pleasing simplicity. However, it also serves a purpose. The work was developed as part of the architectural practice’s ongoing experimental project Explorations of In, which seeks to investigate “what is possible in inner space.” This project seeks to question “current clichés of architectural language and commercial practice,” says the firm. 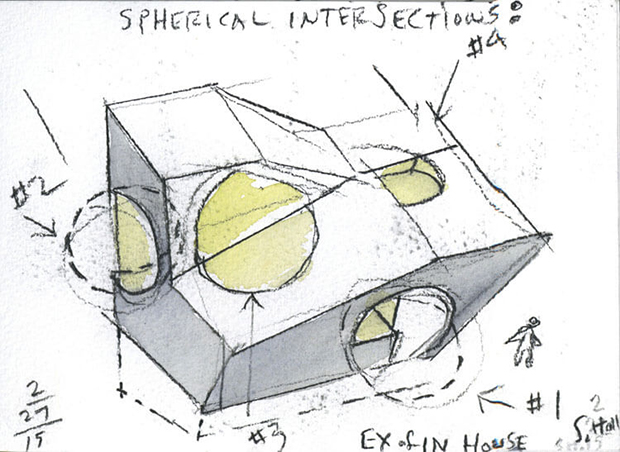 That might sound somewhat adversarial, yet Steven Holl Architects hope that the undertaking will allow them to develop a new “language of space,” and, in so doing, reshape “public space and social openness.”

The real fruits of Holl’s investigations are taking shape a couple of hours drive north of Manhattan. On a 28 acre plot in Rhinebeck, New York State, Steven Holl is overseeing the development of an Ex of In house which bears more than a passing similarity to his Chamber sculpture.

This dwelling takes advantage of the spatial developments formulated by Holl and co., allowing the firm to build “instead of a typical ‘McMansion’ of several thousand square feet, a single house of 918 ft2 in the center of the site.” 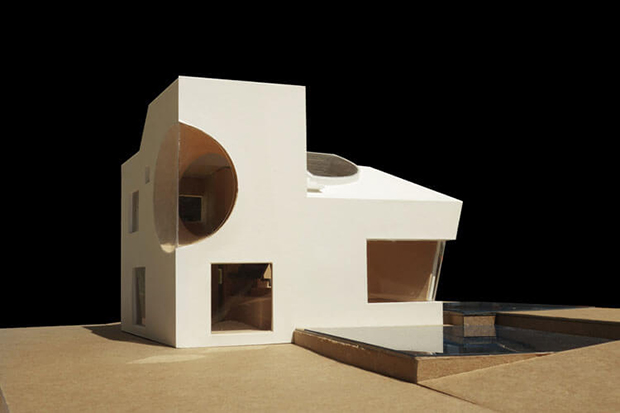 The Ex of In land borders on Rhinebeck’s T Space, an art, poetry and architecture institution that Holl designed in 2010. However, the Ex of In houses will not sit in some neatly tended sculpture park.

The surrounding grounds will be left to run wild, while the building itself will pack as much space as possible into its modest foundations. The firm says the new building will form “a compressed form intersected by three spherical voids, the house has a kitchen at its center and is realized as one large room on three levels.”

The building, which should be completed by May 2016, will be geothermally heated and cooled, and powered by photovoltaic solar panels. 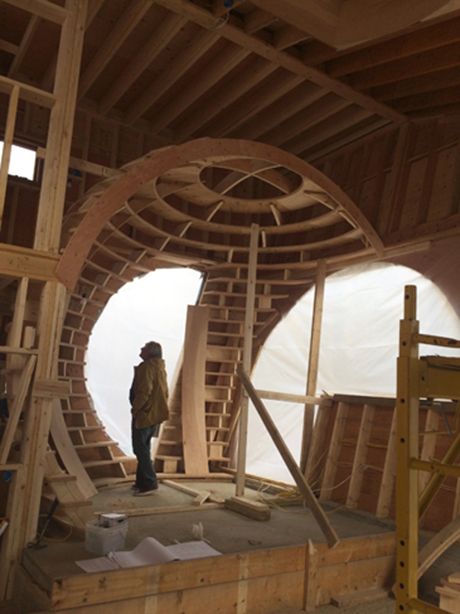 While no price has been set for the innovative house, designed by an award-winning architect, they are unlikely to be cheap. Nevertheless, they do demonstrate the way in which luxurious, rural homes need not sprawl across the countryside, be fenced off, or suck up fossil fuels. Even when it comes to expensive second homes, small can still be beautiful.

For more on this pioneering architect’s work, buy a copy of our Steven Holl monograph here. For greater insight into small and innovative dwellings, get Jutaku.

More on The Steven Holl sculpture that will become a home