New York firm Steven Holl Architects has certainly got its foot in the door in China. Its Link Hybrid Towers in Beijing and what’s being dubbed a ‘horizontal skyscraper’ in Shenzhen have now been followed by a 3m-sq-ft, five-strong tower complex in Chengdu city centre.

Called the Sliced Porosity Block, this mixed-use quintet of various geometric forms is constructed around a large public square. It’s all intended as an antidote to the usual towers+podium approach. Holl himself describes the plaza as the buildings’ “gift to the city. 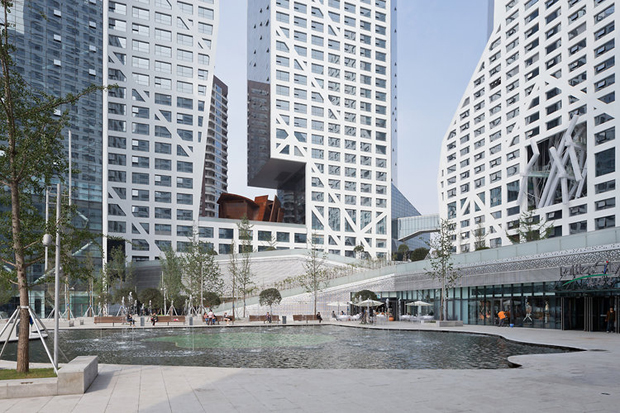 The buildings seem to have slices or chunks cut out of their concrete exoskeletons, which was Holl’s solution to complying with the required minimum sunlight exposures for the development's existing neighbours. The diagonal bands across each are to brace the buildings in the event of an earthquake. 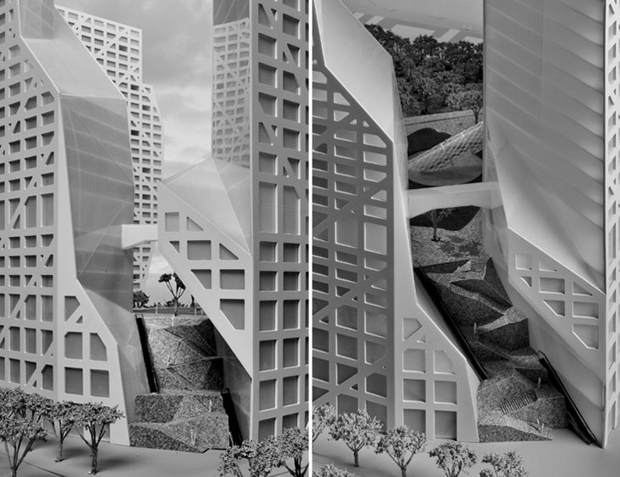 But while that may all sound pretty straight-forward and practical, the architects’ thinking behind the plaza’s three levels of water gardens is a little more conceptual. The gardens, they say, are based on concepts of time: the Fountain of the Chinese Calendar Year, Fountain of Twelve Months, and Fountain of Thirty Days. 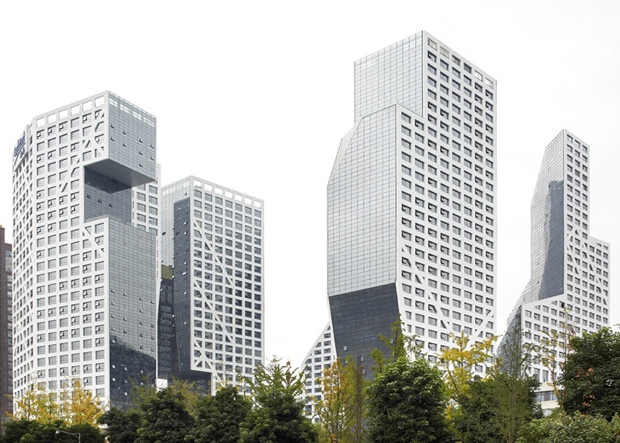 More on Steven Holl lets the light in in China