When Mumbai’s City Museum opened in its current site in 1872, the architecture suited the times. The building that was erected to house this institution, then called the Victoria & Albert Museum Bombay, was one of the earliest colonial-era museum projects, and reflected the neoclassical tastes and prejudices of that era. 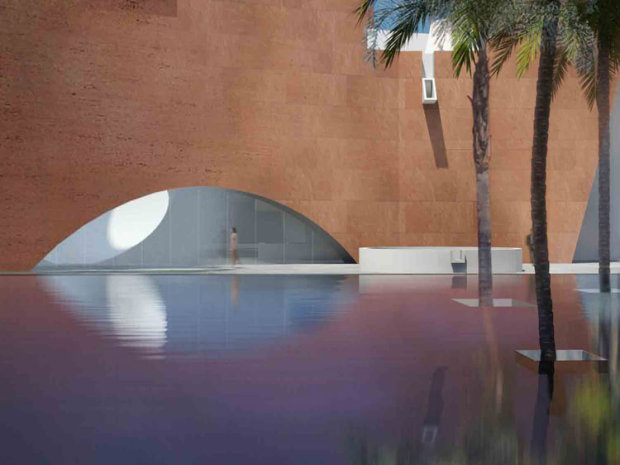 Now, nearly 150 years later, the city’s arts and culture museum, known officially as the Dr Bhau Daji Lad Mumbai City Museum, has settled on a new style of architecture to suit its current needs. Its 125,000 square-feet extension, which should break ground later this year, is the work of the US architect Steven Holl.

In keeping with much of Holl’s work, the new wing emphasises space, light and beautiful materials. The white-concrete building will be clad in local, rough-cut Agra stone. The architect has cut apertures into each gallery space, apparently allowing exactly 25 lumens of natural light to flood into the interior spaces. 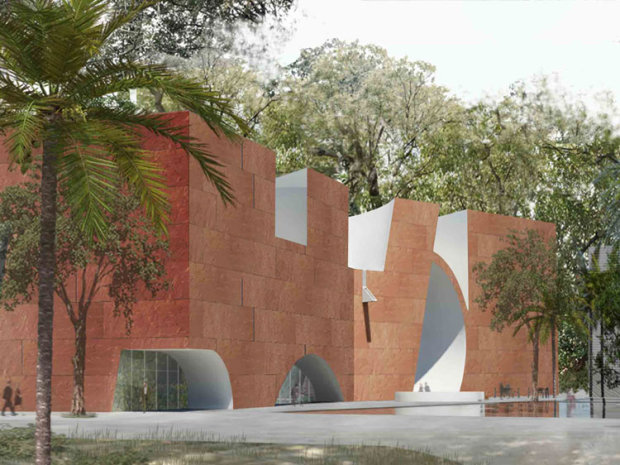 In front of the building lies a garden courtyard and reflecting pool. Photovoltaic cells set under the water’s surface will generate 60 percent of the new wing’s electricity.

In all, it’s a modern, elegant design, which the museum’s management praised for its sculptural and calligraphic qualities. Having won the competition to design this new wing in 2014, beating the likes of OMA and Zaha Hadid, Holl’s practice plans to break ground later this year. For greater insight into this great American architect’s life and work order a copy of our Holl monograph, here. 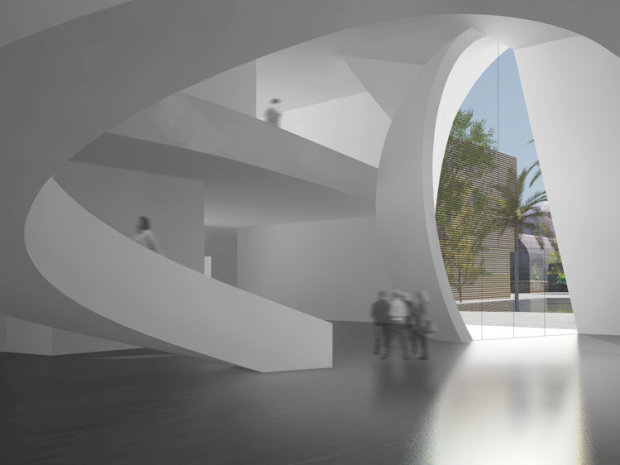