“American landscape painting, while it might emphasise naturalism, was far more than merely a transcription of nature,” we state in our book, Art in Time. “Rather it stood as a testament to the majesty and grandeur of the New World.”

The Hudson River School, a group of nineteenth-century artists who originated in and painted scenes around Hudson Valley, exemplify this tendency gloriously.

“Key features of the group include a sense of pride in the specifically American landscape,” explain Art in Time, “and in the fact that the artists who set out to capture that national characteristic were not ‘tainted’ by academic approaches to rendering those scenes.”

In fact, one Hudson River School artist, Frederic Edwin Church, was not content with limiting himself to the canvas. In 1867, Church bought land on the banks of the Hudson, about two hours north of Manhattan, and set about constructing a house for himself, which he called Olana. 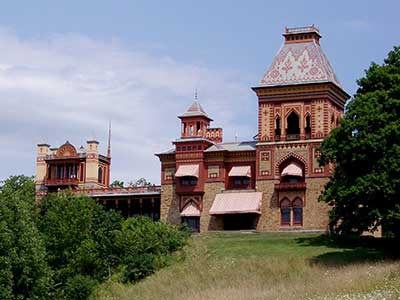 Olana still stands today and retains many of Church’s Persian and Oriental design motifs, which the artist adopted after visiting the Middle East.

However, Church’s original plans for Olana also included a summer house – there’s a mark, indicating its location, on Church’s own 1886 plans for the site.

None of Church’s summer house plans survive beyond this brief indication. So, this summer the Olana Partnership, in conjunction with the New York Chapters of The American Institute of Architects and the American Society of Landscape Architects, have asked others to come up with a summer house for Olana.

Some, such as the NYC architect Peter Pennoyer, draw on the house’s distinctive design; others, such as Spanish-born landscape designer Diana Balmori adopt a more naturalistic approach, weaving willow branches into her design.

However, the one we were really taken with was Steven Holl’s submission. Holl is also a painter and likes to spend his weekends in the Hudson Valley. His Polychrome Summer House proposes two wooden platforms supported by a steel structure, wrapped in woven nylon and lit from within at night by LEDs. 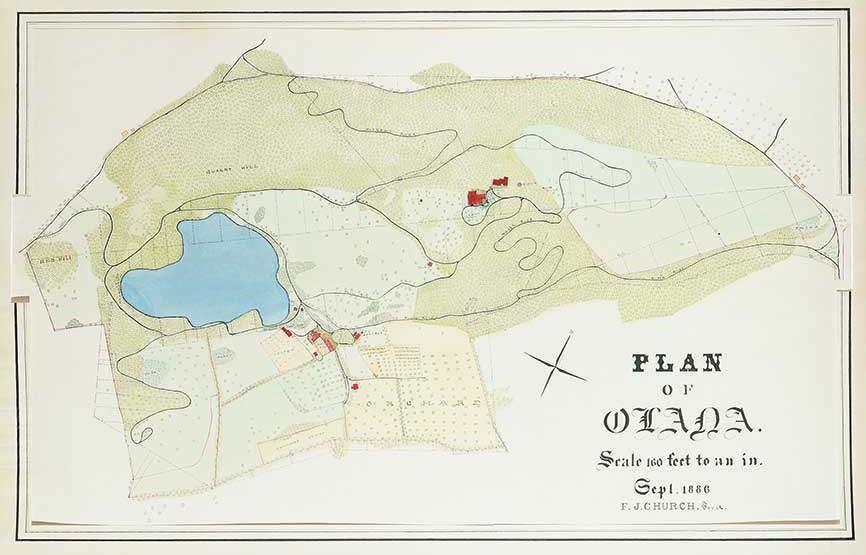 Though the design is utterly contemporary, the platforms with encourage the kind of appreciation of landscape Church so obviously favoured, as well as being a beguiling architectural form to complement the painter's earlier creation.

For more on Steven Holl’s work buy our monograph, and for more on the Hudson River School get Art in Time.

More on Steven Holl's summer house for a 19thC painter