My Body of Art - Joel Meyerowitz on his beach photos

As a street photographer in 60s Manhattan, Joel Meyorowitz became a master at capturing the human body moving through space. In the early 80s he stepped away from the city with a View Camera - this is what happened

The relationship between the body and its surroundings has been explored in the art of most cultures, from the lone figure surveying the vista in Caspar David Friedrich's Wanderer Above The Sea of Frog to Andreas Gursky's photograph of thousands of identically dressed North Korean cheerleaders.

Edweard Muybridge's experiments with the then new medium of photography enabled movement to be documented and examined in ways that revolutionized our understanding of the body in motion and then, in the late 1970s, Robert Longo explored the involuntary movements of the body in his Men in the Cities series, throwing objects at people and capturing their reactions and contorted poses. All of the above are, of course, represented in our new book Body of Art.

And as part of the conversation around that book we're asking various artists, curators, academics and gallerists how the body in art affected them and their own work over the years. Joel Meyerowitz, needs no introduction: he made his name in the 1960s as the greatest street photographer of them all and has spent a lifetime observing the human body in all its forms and movements, shapes and sizes.

Joel soon learned that the kind of physicality that happens in street photography is often telling of the emotional state that a human being is in - even if they're unaware of how their body might be describing those emotions. As such, Joel became one of the greatest chroniclers of emotion through the human body. When we spoke to him recently, as part of the ongoing conversation around Body of Art, Joel told us that working on the street had opened his eyes to a "hieroglyph of bodies in motion".

"I was more interested in the physical gesture people make in the real world and how it kind of illuminated their way of being in the world - their grace, their awkwardness, the speed of their gestures," Joel told us. We were particularly interested in the rather less well documented series of photographs he made in the early 1980s of bodies on the beach, shooting in Massachussetts and Cape Cod. 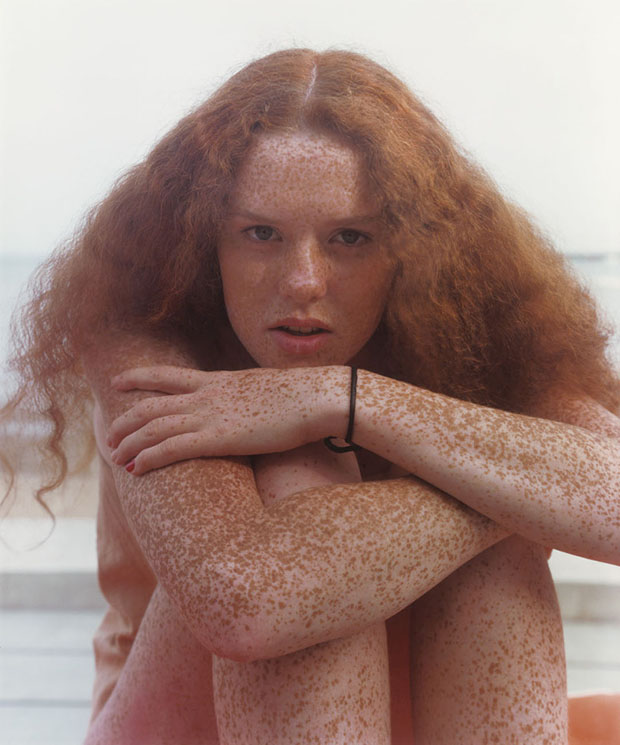 "Around that time I switched to a View Camera and I became aware of the physicality of bodies, and of attitude, and of skin, and of stance, and a different kind of gesture where - rather than me being invisible - the person addressed the camera and I worked with them. In the larger space of daily life I found myself confronting individuals in Cape Cod in the summertime. They were not completely naked, but exposed, and for the first time I saw how animal-like we really are, how much fur we have on our body, how many freckles we have and how exotic we look - and how vulnerable. 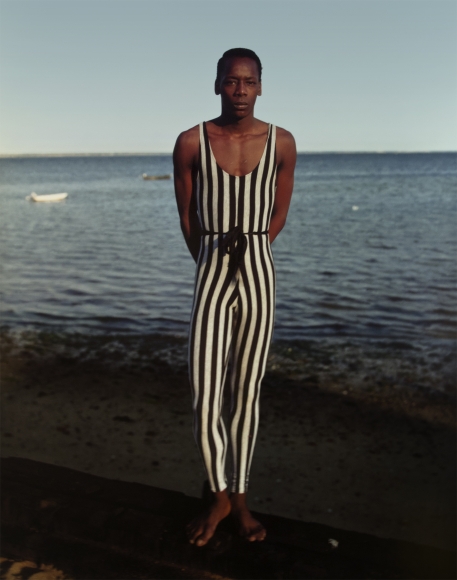 "I wasn’t really doing reclining nudes or any of the classic forms, I was doing portraits. But, standing in front of somebody, I would notice they would be fidgety and awkward because they didn’t know what was expected of them. They would ask me, 'what should I do?' And I would say, 'make yourself comfortable'. And I would see them take a breath and sink into their bodies, and suddenly you would notice the slope of their shoulders, the way a hip or their feet stuck out, little physical gestures which was their way of saying this is my comfortable body. 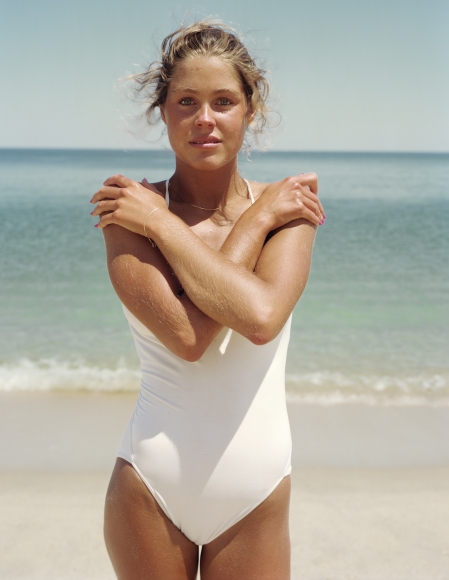 "I was taking a picture of their face but there was also this incredible physical creature in front of me, with skin and bones or rolls of fat or a shaved head. Young breasts would appear, there were all of the dimensions of ageing, from young children trying to stand up to a big View Camera and be present to older people who were already in decline. The whole gamut of human physicality was something I was trying to film but I wasn’t doing it in the classical form of the nude. I wanted to find out how people express themselves when you ask them to expose themselves to the camera. Give me the real you, not the social-public-put-on-happy-face you. You are a wild human being with unknown qualities. Will you be able to allow me to see this in you? So, in a way it was an intimate connection between the whole person and myself that I was seeking, rather than to glamourize somebody."

To gain greater understanding of the Body in Art and plenty more besides, buy a copy of Body of Art here. To go further with Joel Meyerowitz's own amazing body of work take a look at his books in the store here.