Get to know Robert Longo’s Men in the Cities

The New York artist Robert Longo has shot films, music videos and cut records. Yet perhaps the most well known body of work of the artist, who celebrates his 63rd birthday today, is Men in the Cities. This series of graphite and charcoal drawings of smartly dressed men and women also marks an anniversary this month. Though Longo began the series in 1979, they were first exhibited as a single body of work to great acclaim at the Metro Pictures gallery, New York City, 35 years ago this Sunday, January 10.

Inspired in part by the neo-noir cinema of Rainer Werner Fassbinder, but also taking in the rock star poses popularized by music videos, the preppy men’s clothing by the likes of Perry Ellis, and perhaps, the rise of Wall Street, these pictures embody the spirit of the age in a way that few works ever manage to. 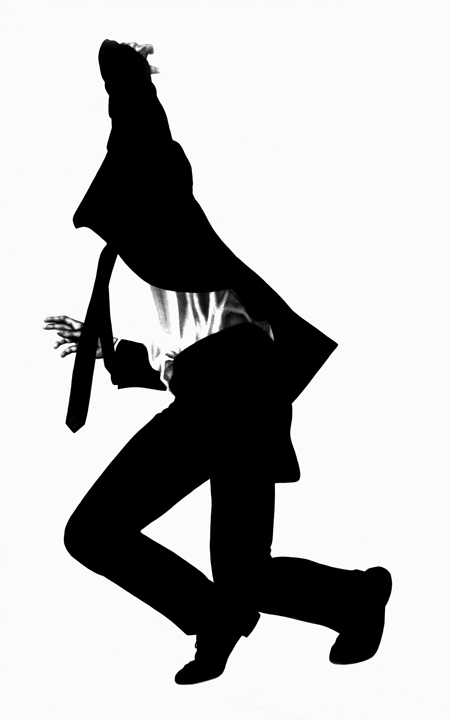 Untitled, 1981, by Robert Longo. From Men In the Cities. As reproduced in Body of Art

“Monumental, stylized and suave,” as our editors put it in Body of Art, “Robert Longo’s larger-than-life drawings of flailing and collapsing men and women are icons of 1980s art.”

“Longo was fascinated by the arrested gestures of the figure,” Body of Art explains, “which reminded him of the spasmodic movements of punk musicians and fans. On the roof of his apartment building in lower Manhattan, Longo threw objects towards, and tied ropes around, his smartly dressed friends and photographed their reactive movements; the images were then projected on to paper, and Longo drew over them in great detail.”

Those friends included the fellow fine artist Cindy Sherman – a college pal of Longo's – and Larry Gagosian, founder of the Gagosian Gallery. Today, both Sherman and Gagosian are towering figures within the art world, yet 35 years ago their future, as well as Longo’s, was far from assured; perhaps these jerky, prone poses are as much about the emotional response to precarious urban living as homages to punk rock poses.

More recently, it’s been hard to look at these photo-realistic drawings of falling, suit-wearing New Yorkers and not think of the tragedy of 9/11. The original spirit of these images, created on a New York City rooftop decades ago, was much less somber and far more positive than they now appear to younger eyes. 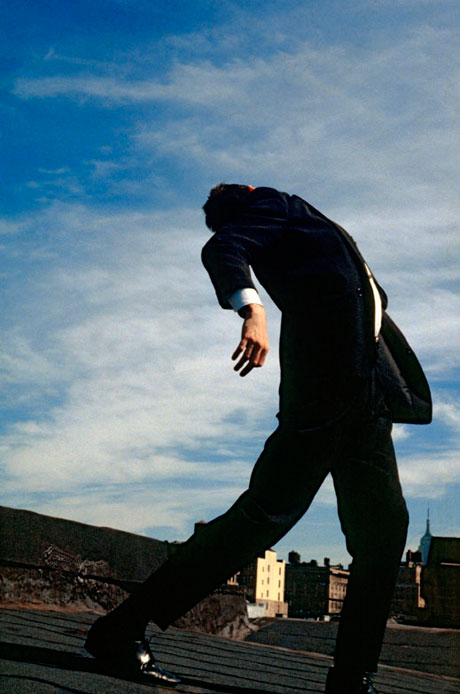 Preparatory photograph for Men in the Cities. ©Robert Longo. Courtesy in camera galerie

"Robert shot us in free fall, looking like we were dead," Sherman recalled in 2009. "A feeling of force and energy emanates from these photographs. Now I see their choreographic aspect. I see youthful optimism. Creating these poses became a sort of dance, and I think that’s why I remember having such a good time.” For greater insight into this work and many more order a copy of Body of Art here.