Had he lived, the brilliant New York photographer Robert Mapplethorpe would have turned 69 today. It is impossible to know whether middle age would have tempered his beautifully conceived, occasionally risqué imagery. Thankfully, we can soon see how other admirers have gone on to interpret Mapplethorpe’s work, a quarter century after his death.

Next year the New York architect, designer and art collector Peter Marino will curate a Parisian exhibition of Mapplethorpe’s photography. The show, which will be held at Galerie Thaddaeus Ropac 26 January – 4 March will feature 60 photographs and 20 prints drawn from three of Mapplethorpe’s portfolios.

Mapplethrope published themed, boxed sets, or portfolios of his prints, during his career.  His infamous 1978 X Portfolio consisted of the thirteen sadomasochistic homoerotic photographic prints; his Y Portfolio, issued that same year, featured still-life studies of flowers; meanwhile, his 1981 Z Portfolio, meanwhile, was made up of nude photographs of African-American men. 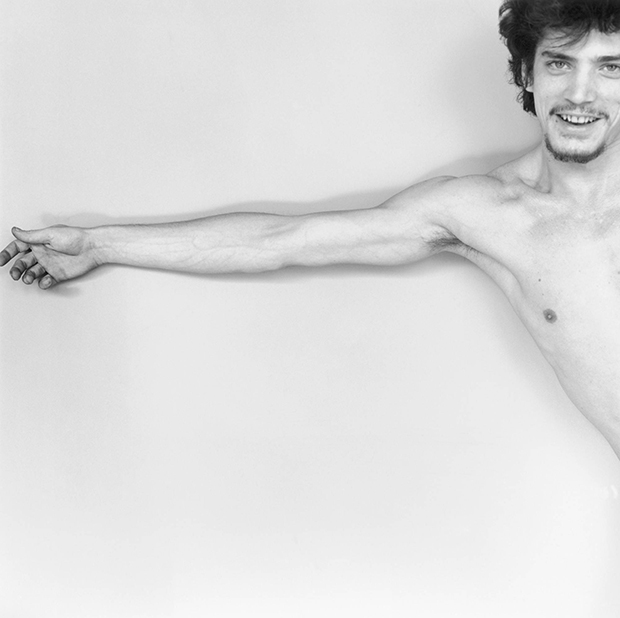 Self portrait 1975, by Robert Mapplethorpe. As reproduced in Body of Art

Early next year Marino will present his own interpretation of the X, Y and Z portfolios, in a show that will, according to Ropac, “Be spectacular. Peter," Ropac continues, "who has collected Mapplethorpe for more than 20 years, will bring a designer’s eye to the works.”

And Ropac’s gallery won’t be the only place to catch both Mapplethorpe and Marino’s work in 2016. Next March Phaidon will publish Mapplethorpe Flora: The Complete Flowers, followed, a few months later by Peter Marino: Art Architecture, the first book to look at the collaborative process by which Marino has commissioned site-specific works for luxury retail spaces by artists including Richard Deacon, Vik Muniz, Vanessa Beecroft, James Turrell, Not Vital, and Jean-Michel Othoniel. Keep checking Phaidon.com for more on all this.