The story behind René Redzepi's acceptance speech and all those 'wood sorrel conquered caviar!' tweets

Were you perhaps a little puzzled by some of René Redzepi’s more colourful references in his acceptance speech last night? If so, our book Noma holds a number of clues to the facts behind the emotion on the night. As Noma prepares to celebrate its tenth anniversary this autumn at the top of the 50 Best Restaurants list once more, it’s hard to believe that the Copenhagen restaurant was once viewed with not pride, but derision in some local circles - a fact René was keen to point out in his 50 Best speech last night.

Rune Skyum Nielsen writes in the introduction to our book, Noma, that “[t]he rest of the Danish restaurant world originally laughed at Noma’s gastronomic concept. Even some of René’s closest allies in the profession poured scorn on these insubstantial visions and gave the restaurant nicknames like Blubber Restaurant, the Whale Penis and the Seal-Fucker. Messing about with traditional Nordic food and raw materials was not the done thing. It was ridiculous. ‘People dismissed us as a mere ﬂash in the pan,’ René explains. ‘By contrast, my view was that we had the chance to create our own way of expressing ourselves, our own signature. The fact that I wasn’t taking over an existing business and wouldn’t have to carry on and work in the spirit of an old restaurant tipped the scales.’” 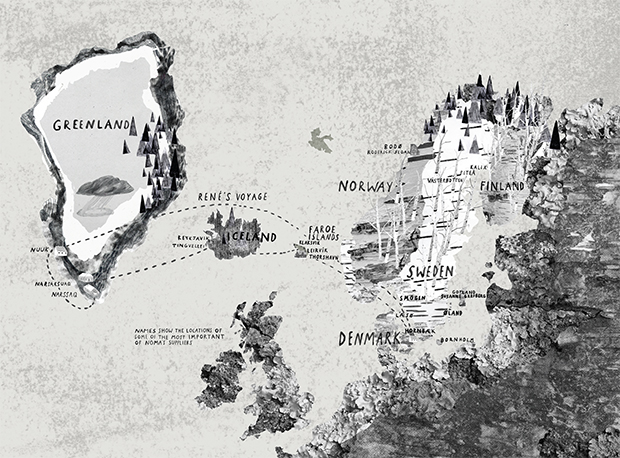 Nielsen goes on to quote the food historian Bi Skaarup, who explains that “‘Well on into the 1990s, Danish food was still associated with insipid gravy, boiled potatoes and grey burgers. At that time, good chefs in Denmark didn’t have a polite word to say about Danish food either. It had to be either French or Italian.”

Since then, Redzepi and co have proven that Nordic cuisine is equal to, if not better than southern European gastronomy. Nevertheless, he has returned to those initial insults, not least in his 2011 TEDx address (reproduced in our book, A Work In Progress).

“‘Restaurant Whale Penis’ and ‘the seal fuckers’: these were some of the greetings that met us when we opened in 2003” he recalls.  “By most of the media, and among our colleagues, Noma was seen as a nothing more than a silly idea, a 24-hour fly. 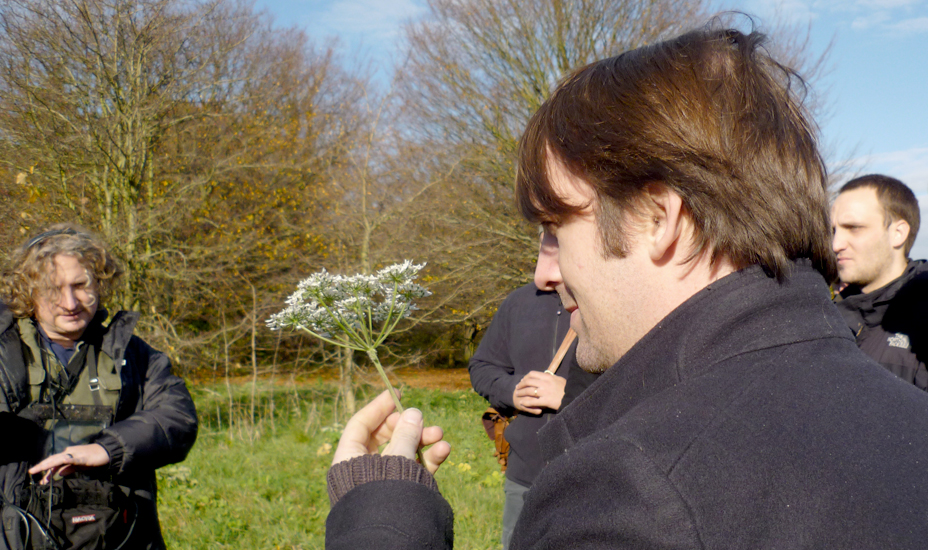 René is big enough to admit that certain concoctions, such as sea buckthorn crème brûlée, didn’t work out so well, and that a real breakthrough came when they met with local forager Roland Rittman.

“Soon, a whole new world opened,” he recalls. “We found new types of nuts, like the nut of the beech tree. People had been importing walnuts for decades, but we discovered them ten minutes outside Copenhagen. We found out that trees can be an ingredient in themselves: the sap, the shoots, the leaves and even the wood can be used. We found snails and mahogany clams, berries that, when salted for three months, taste like olives. Many types of sorrel. 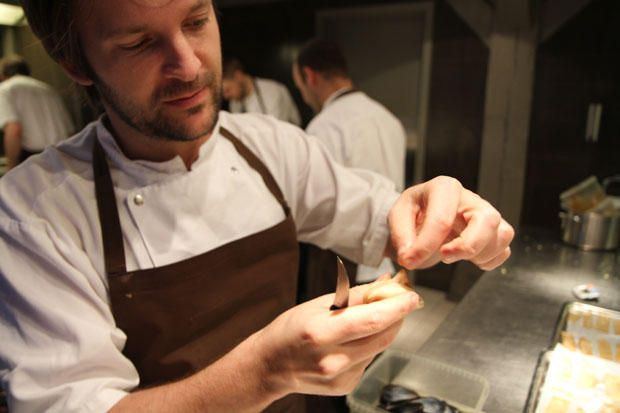 We found spices, such as the tonga bean-flavoured woodruff, or the seeds from onion cress. Suddenly we were a spicy nation. Not only did this broaden our gastronomical vocabulary, it provided identity, a truly personal and inspiring relationship to nature.”

Today those clams and berries can be placed alongside the art of Olafur Eliasson, the thrillers of Stieg Larsson, and, of course, the genius of Redzepi himself, as examples of how the Nordic renaissance, when, as he put it last night (and was much retweeted around the world) wood sorrel conquered caviar. To find out more, pick up a copy of Noma and A Work In Progress here.