Andy Warhol's art closed a lot of gaps in the modern world. He placed supermarket cans and news clippings in a gallery setting, managed a rock band, and painted portraits of both socialites and lowlifes. Nowhere was this more apparent in his 1964 mural, 13 Most Wanted Men.

As we explained earlier this year, Warhol was among one of the ten artists commissioned to produce a work for New York 1964 World's Fair, and created a mural consisting of  mug shots of wanted criminals screen-printed onto Masonite boards. The painting, entitled 13 Most Wanted Men took its source material from a New York Police Department leaflet of the same name. The fair’s organisers objected to the painting and, with the artist’s permission, painted over the work before the event opened. 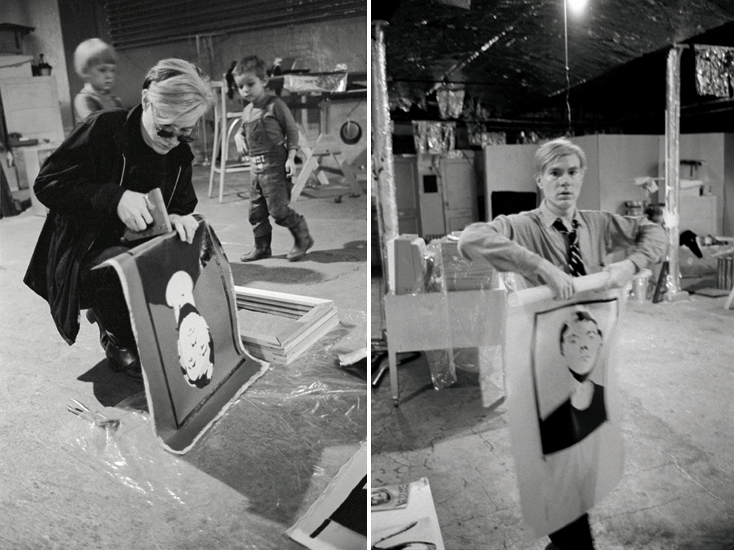 Andy Warhol working on 'Self-Portrait' at The Factory (1964)

This year, to mark the World’s Fair’s fiftieth anniversary, the Queens Museum in Flushing Meadows, New York - the site of the ’64 fair - dedicated a show to this lost mural. 13 Most Wanted Men: Andy Warhol and the 1964 World’s Fair runs until 7 September, and focusses on this one lost work, “addressing its creation and destruction and placing it in its artistic and social context by combining art, documentation, and archival material”.

However, that social context proved remarkably poignant for one viewer, as the New York Times reports. George Lawler was two years old when his father, the New York gangster Thomas Francis (Duke) Connelly, abandoned him and his sister while on the run from the law. Connelly had robbed a bank a bank in 1955, stealing $300,000. Lawler, who was raised by a police officer and now takes his adoptive family's name, tells the paper he knew of his father’s nefarious past, but not his brush with pop art. 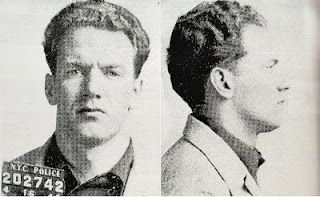 The image of Connelly, which appears near the centre of mural, might be grainy, but, as you can see from the Times’ article, the family resemblance is quite clear. Lawler, who first came across the picture in a preview of the exhibition published in the Times back in April, tells the paper, “I still can’t believe my father, the bank robber is associated with Andy Warhol,” he adds, “that completely blows my mind.” He adds: "Wasn't it Andy Warhol who said everyone will have their fifteen minutes of fame? Here's mine, I guess." We're sure Andy would have been proud.

For more on the story, go here. For greater insight into Warhol’s life and work, consider our books on the artist, including our on-going Catalogue Raisonné; we’re preparing to publish the fourth volume soon.

More on The good news is Warhol painted dad's portrait...