There's an excellent interview in the Huffington Post today with US art critic, author and self-styled 'dissident feminist' Camille Paglia. It's published to promote her new collection of essays, which reaches far beyond the usual confines of contemporary criticism. Paglia has plenty to say on the subject of Warhol, for example. She praises the pop artist for being openly gay years before gay liberation, adding  “he was contemptuously ostracised as 'swish' by closeted gay artists like Jasper Johns and Robert Rauschenberg in New York.”

She views Warhol's screen prints of newspaper cuttings as a kind of vernacular art for the age of rolling news. “What he was demonstrating was the saturation of society by the sensationalistic visuals of modern media,” she says, “a return to a primitive form of consciousness that pre-dated literacy.”

There's also some nice thoughts on Warhol's Catholicism. She says that Warhol “transferred the religiosity of his youth in Eastern Rite Catholicism to his passionate reverence for Hollywood stars like Elizabeth Taylor and Marilyn Monroe, whom he turned into shimmering saints in an updated Byzantine style.” And, it wasn't just film stars who got the icon treatment.
“Similarly, those who see irony in Warhol’s acrylic paintings of Campbell’s soup cans are simply imposing their own contemporary preconceptions backwards onto him” Paglia argues. “Warhol, who began his career as a commercial illustrator, loved brand-name logos and saw them as modern heraldry.” 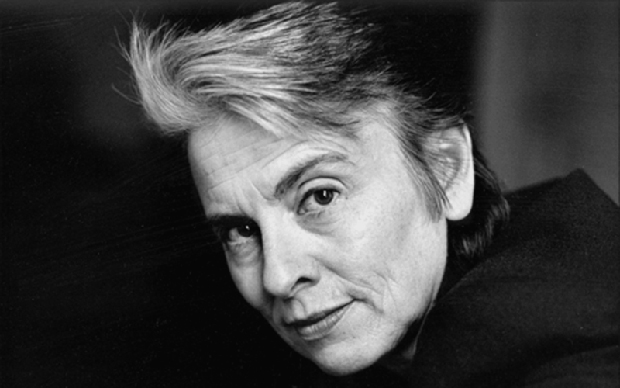 So far, so scholarly. But where contemporary critics may find less common ground with Paglia is in the praise she lavishes on the 2005 Star Wars film, Revenge of The Sith. Professor Paglia not only thinks the film is one of the better works in the Lucas franchise, but that it is also the most powerful work of art produced over the past 30 years.

“It was the volcano-planet climax of Revenge of the Sith that knocked me for a loop,” she says. “When I would happen on that, I was transfixed, paralyzed. Not only is it visually spectacular — with its complex interweaving of live footage, computer animation, and ingenious model-making — but it is emotionally overwhelming, with the intensity and sweep of a Puccini opera.”
For more, art lovers and Star Wars fans should take a look at the full interview, here. Meanwhile, those keen to learn more about Warhol's “modern heraldry” should consider our selection of Warhol books, including his catalogue raisonne, which we proudly publish. And if you're a movie fan, take a look at our  famous and revered  Cahiers du Cinema selection.