The Met's PUNK: From Chaos to Couture attempts to draw a straight line from the King's Road to Fifth Avenue

The curators who brought you Alexander McQueen’s watershed exhibition in 2011, Andrew Bolton and Harold Koda, are the masterminds behind PUNK: Chaos to Couture, opening at the Metropolitan Museum of Art in New York tomorrow Thursday. Who better than a Brit (Bolton) to curate a retrospective glance at one of the most important avant-garde movements that came out of London in the post-war period?  While it may be hard to top the McQueen for sheer showmanship, this exhibition may do it in terms of broad appeal even if that broad appeal comes with it's own set of curatorial challenges. 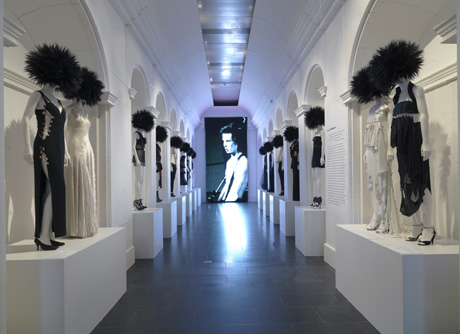 The show is set to be another blockbuster, with a combination of documentation and well-known historical garments—those worn by the Sex Pistols, Debbie Harry, et al - shown alongside haute couture creations inspired by them. For example, John Lydon’s safety pin jacket is shown in the context of Versace’s iconic safety-pin dress, which helped make Elizabeth Hurley a household name. Lydon’s fuzzy striped sweater is seen as the palimpsest for Watanabe’s high fashion interpretation. The show is organised by thematic galleries including: Hardware, Agit Prop, Graffiti, and Destroy. It also contains a recreation of Vivienne Westwood and Malcolm McLaren’s infamous boutique Worlds End on the King's Road, London. 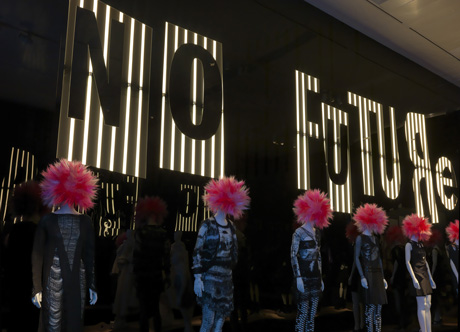 In addition to the thematic galleries and installations above, PUNK begins with a recreation of the toilet—complete with urinals, graffiti and cigarette butts, but minus the abominable paddling pool of piss floor - from legendary downtown New York club CBGB’s, which closed after a long struggle with the gentrification of the Bowery on the Lower East Side.

This mise en scene is metonymic for the exhibition and perhaps New York: there is something disturbing about the bathroom of a formative club that couldn’t afford to pay the rent reinstalled in the bastion of New York Society. Punk, a rebellious movement at its heart, is packaged and made a commodity for a museum going public. This ambivalence - intended or not - is perhaps the most interesting concept in the show.

Indeed, the stylist Grace Coddington said it best when asked on the red carpet of the opening gala what she hoped to see at the show. “Some real punks” was her response. Check out Phaidon's extensive range of fashion-related books to learn how popular culture has impacted on the fashion world. 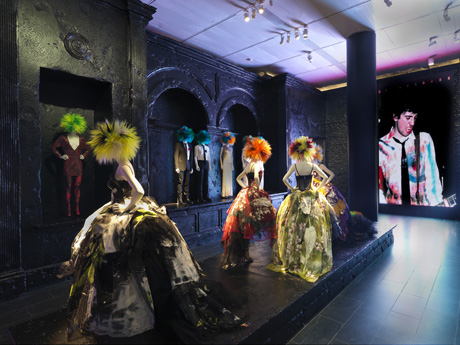 More on It's punk Jim, but not as we knew it