How did the legendary street photographer conjure such character from a staple foodstuff?

The great US photographer Joel Meyerowitz may have made his name shooting on the streets of New York, yet over the past couple of years he has trained his lens on smaller-scale setups, capturing series upon series of deftly composed fine-art, still-life photographs.

So, when the 2015 Milan Expo approached Meyerowitz, who currently resides in southern Europe, to undertake a shoot for one of its food-themed pavilions, Joel saw an opportunity to extend this practice. 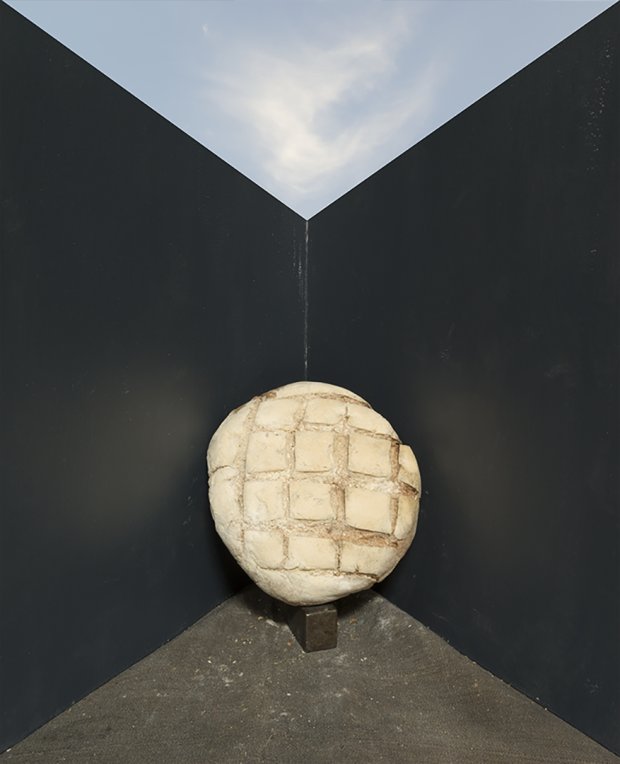 The Expo, which opened a few weeks ago and runs until the end of October, has the theme ‘Feeding the planet, energy for life’, and has nine pavilions dedicated to different foodstuffs. Joel was commissioned to make a piece for the Cereals and Tubers Pavilion, and he chose to focus on bread. Yet how could he present so quotidian a subject to so wide an audience? 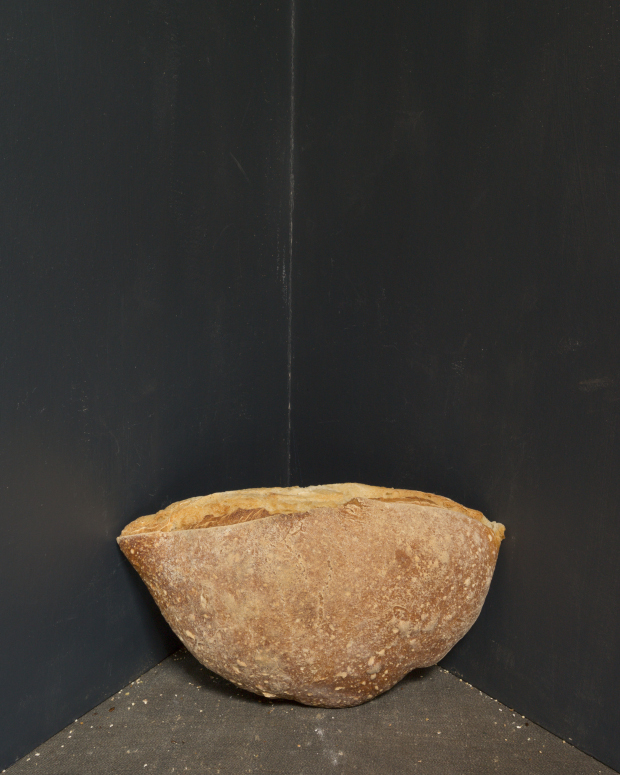 “I had in mind making totem-like triangular columns with individual portraits of bread as my contribution,” the photographer tells Phaidon. ”I photographed them in a corner setting which allowed them to stand, lie, lean, rest, etc. in that dark space. The space was meant to be oven-like and give consistency to all the varieties.” 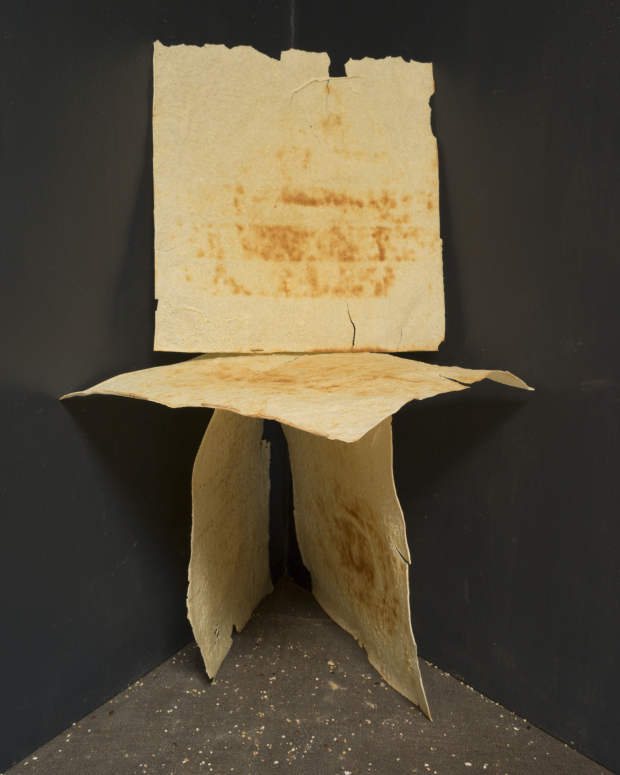 What's more, Joel didn’t simply pick out a few loaves from his local supermarket. “I had bakers from all over Italy send me local breads,” he explains. “Ultimately I had around 100 samples from which about 70 or so make the four columns.” 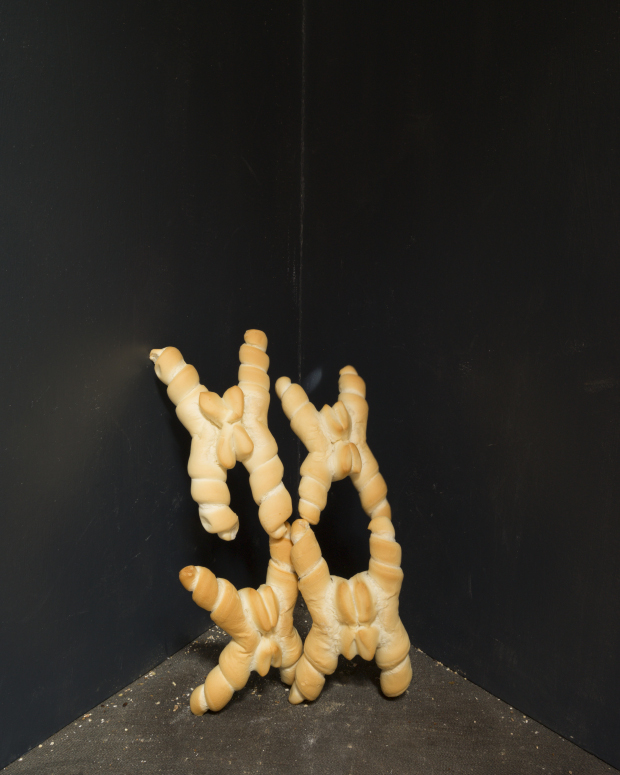 The arrangement brings to mind Joel’s 2013 study of Cezanne’s collection of objects; though the subject matter is, if anything, slightly more challenging. Working with such simple, everyday material, Joel manages to conjure a sense of rustic, artisanal skill, regional character, and, at times even humour from his Italian loaves. 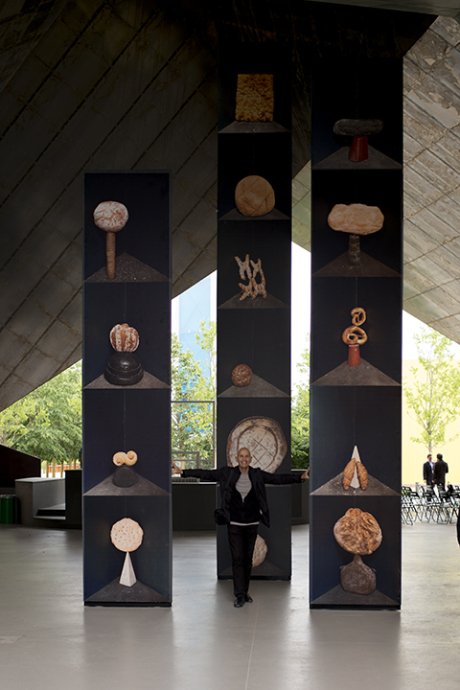 Joel at the Expo

“There are festive breads for holidays, decorative forms made from flour and water, sweet breads, flat breads, salted and salt-free breads, breads that have crossed national boundaries to become part of the borderland breads where traditions, like cultures and language, mix and change and reinvent the basic forms of bread baking," Joel tells us. "I did try to celebrate the idea of bread being the ‘staff of life’ by giving each bread a chance to be an individual, and through this I hoped to show the diversity and beauty of this most basic food source.” 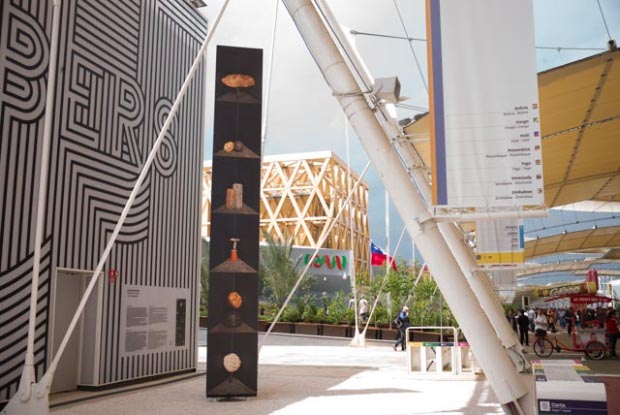 The bread totem in place at the Expo

We think he’s done it. You can find out more about the show here; for greater insight into Joel’s life and work, take a look at the all-encompassing overview Taking My Time, as well as this affordable introduction to his work. And, if you would like to create loaves similar to those in Joel’s shoot, then take a look at our new, highly praised title The Larousse Book of Bread.