Get a room, take a ferry, and meet the invisible communities on Randall's Island, at this year’s Frieze Projects

Frieze Projects, the art fair’s specially commissioned works, are a great way to take in art in an unusual setting, and we’re proud to have published books featuring three of the artists exhibiting at Randall's Island this weekend (May 9-12).

As we reported at the beginning of the year, Frieze is recreating Allen Ruppersberg’s Al’s Grand Hotel at Frieze New York. Ruppersberg, who appears in our Conceptual Art book, first installed his hotel in a two-storey house at 7175 Sunset Boulevard, Los Angeles for six weeks during the summer of 1971. This fully functioning facility offered low-fi versions of booster-ish, luxury themed rooms, including the Jesus Room, the Al Room, The Bridal Suite, the Breakfast Room, and Day Room, and the Ultra Violet Room. 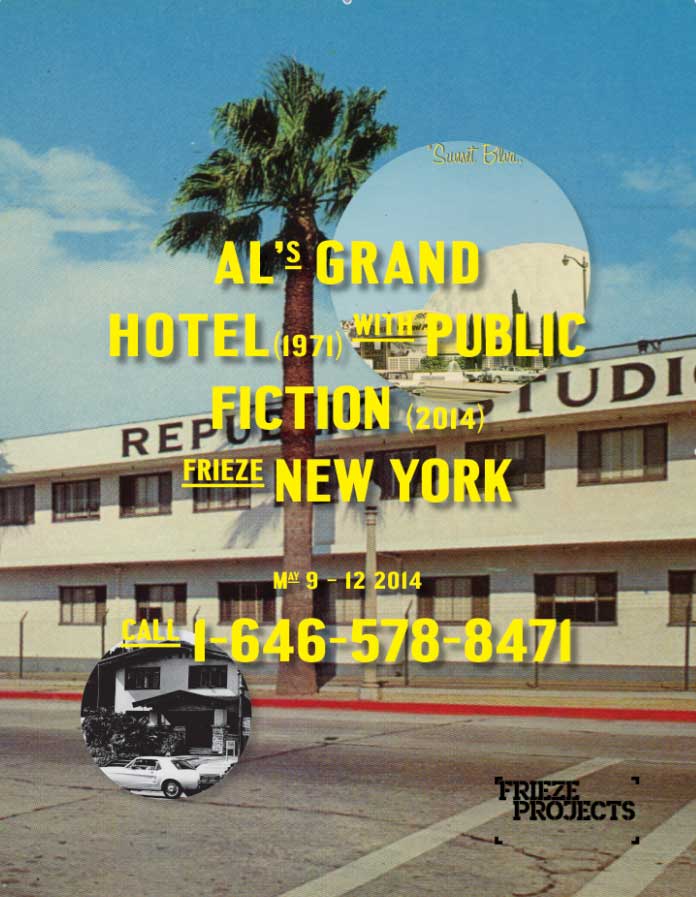 “To restage this project at Frieze New York,” the fair explains, “Ruppersberg has imagined less a remake and more a restaging of the hotel, carried out in collaboration with the Los Angeles project space Public Fiction. The project will treat the hotel as a family enterprise that welcomes new input from a younger generation of associates and partners.”

Want to stay there? According to the Al’s front desk (dial +1.646.578.8471 to hear an automated message) nights at both the Jesus room and the Bridal suite are both still available, with prices starting at £350.  Is this the cheapest way into Frieze? Perhaps (if you can get them to call back!). 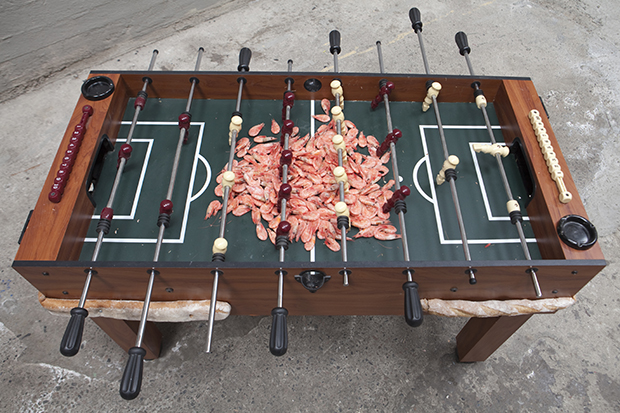 For less service-oriented art, look out for Darren Bader’s project. We profiled the American artist in our overview, Younger Than Jesus. The accompanying text explains that Bader’s “free-associative landscapes of objects, images, and text refer to all levels of culture in a tone that is at once slapstick and sharply incisive.”

It sounds like an apt description for this year’s project. The Fair says “Bader, in collaboration with other artists, will compile a list of proposals for impossible artworks around the fairgrounds: his dystopian visions span from the plausible to the fantastical, and will involve a wide cast of characters and locations. Bader’s proposals will be printed in a small publication which will be distributed around the fair.”

Koki Tanaka’s project meanwhile, is likely to prove equally disruptive. The Japanese artist appears in our artist’s overview Ice Cream; and, as we explain, Tanaka’s videos and installations suggest “a hidden link between human thought and the phenomenal world by presenting a simple action to take on the character of a Zen koan – a short enigmatic story indicating a philosophical truth.”

Take an Orange and Throw It Away without Thinking too Much, his 2006 installation at Paris’s Palais de Tokyo asked visitors to do just that, with hundreds of pieces of fruit scattered about the gallery’s space, and into the staircase between the Palais and the Musée d'Art Moderne de la Ville.

At Frieze – which the artist describes as both a social place and a market place – Tanaka will insert a series of incongruous presences, inviting representatives from the ‘invisible communities’ that inhabit Randall’s Island to spend the day at the fair, carrying out activities that are not usually performed at Frieze. Tanaka’s orchestrated actions will drive viewers to interact with the participants and encourage them to rethink the space of the art fair as a public space.”

These three will join fellow Project artists Eduardo Basualdo, who’s installing a pair of screened-off soccer goals; Eva Kotátková, who’s building a kind of playground; Marie Lorenz, who’s offering her own ferry service to and from the island; and Naama Tsabar, who’s putting on a mini music festival.

Find out more about them all here; and for a greater understanding of the role big tent events such as Frieze play in the wider art scene take a look at our book Biennales and Beyond.