However, rather than go for the big cultural hubs, like Paris, Rome, Berlin or London, Manifesta prefers to “keep its distance from what are often seen as the dominant centres of artistic  production.”

So, the announcement earlier this month that the State Hermitage Museum in St. Petersburg will be the Host of Manifesta 10 in 2014, is surprising yet apt. The 10th edition of the biennial also coincides with The Hermitage's 250th anniversary. Moreover, while the venerable museum might appear to be an odd fit for Manifesta's avant-garde tendencies, the geographical position, as well as its founding principles, do suit the biennial well. 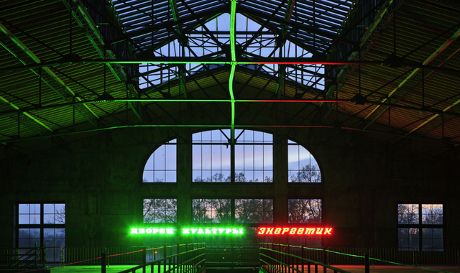 The House of Energetic Culture (2012) by Claire Fontaine, from Manifesta 9, which was held in Genk, Belgium

As Hedwig Fijen, Founding Director of Manifesta, explained in a prepared statement, “St Petersburg historically bridged the gap between East and West Europe for more than 300 years and through the spirit of the European enlightenment movement in the 18th Century, the notion of the Encyclopaedia edited by Diderot and D’Alembert and acquired by Catherine The Great for the State Hermitage Museum could become a moral and spiritual inspiration for Manifesta 10 in 2014.” 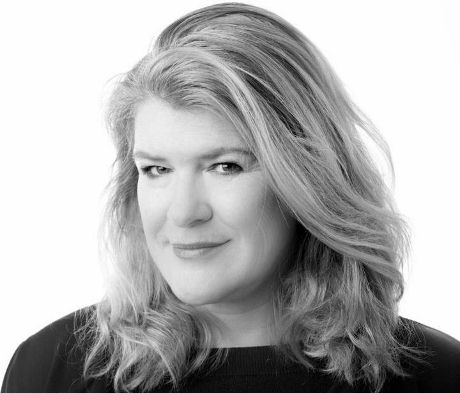 Contemporary arts commentators will of course note that Fijen's  Encyclopedic sympathies mirror Massimiliano Gioni's theme for this year's Venice Biennale, The Encyclopedic Palace. However, this is also the first time in the event's 17-year history that the European contemporary art event has been staged in Russia. Manifesta, which styles itself as a post-Cold War art biennial, might be attempting to address a different juncture in European culture with its 2014 iteration. A bill banning “the promotion of homosexuality among minors” passed its first reading in the Russian parliament in January; were it to become law, art works deemed to display homosexuality in a sympathetic manner might be  censored, making Manifesta 10 even more controversial.

To find out more, visit Manifesta's site, and to learn about the place of these events in a wider context, consider our Biennials And Beyond book, an indispensable guide to these contemporary art events. And if you're thinking about attending Manifesta you'll need our St Petersburg Wallpaper* guide.