For the 2013 Biennale, the Singaporean-born artist will present works on paper unlike those you've seen before

Yesterday we brought you news of an Ed Ruscha show at Gagosian featuring the artist's small books. Here's another artist, Australian Simryn Gill who revels in pulped and dried wood. In 2007, for her Tate Modern installation in London, Gill selected 123 works from her library, and excised a list of 80 words from their pages; the books and their cut words were then presented to gallery-goers in a show in which The New York Times' Roberta Smith said "language takes on new dimensions, by turns obdurate and frail."

For the 2009 Sharjah Biennial in the United Arab Emirates, Gill pulped old copies of The Collected Works of Mahatma Gandhi to produce papier-mâché balls, which gallery goers were encouraged to roll around on the exhibition space's floor.

For her 1996 project Forest, she placed text fragments from a series such as Daniel Defoe's Robinson Crusoe, Charles Darwin's The Origin of Species and Joseph Conrad's Heart of Darkness, in mangrove swamps, beaches, and an abandoned colonial building, in a piece which was interpreted by many as commenting on culture's place within nature. 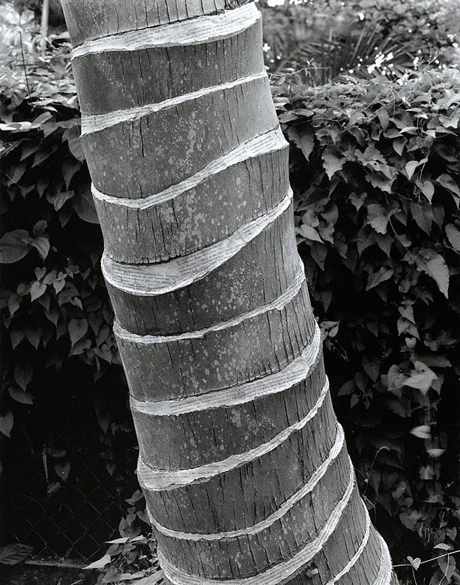 While her work for this years' Venice Biennale has yet to be unveiled, the Australian pavilion's curator, Catherine de Zegher, hinted that these earlier unconventional uses of print might crop up again in Gill's presentation.

"Here art grows on trees presents Gill's works on paper, being of vegetation, as a cog in the whole system of turning wheels, as a link in the chain, in the string of gems that the world is offering-a cyclic instead of linear worldview," said de Zegher.

Gill, who is of Indian parentage, and works in both Malaysia and Australia, certainly appears to be a bold and interesting choice for the Venice Biennale, capable of commenting on East Asian colonial history, as well as the trading heritage of the old Venetian Republic, which drew visitors to the lagoon city long before contemporary art took a hold on it.

For more on Gill's selection, see the Australia Council's announcement here, and for more background on the Venice and other biennials please consider our Biennals and Beyond book.