New York's artworld goes back to 1993

Two decades on from the groundbreaking Whitney Biennial featured in Phaidon's new Biennials and Beyond, NYC 1993: Experimental Jet Set, Trash and No Star recalls an age of confrontation

"Largely reviled at the time, the 1993 Biennial Exhibition at the Whitney Museum of American Art has come to be considered among the most important of all Whitney biennials. This is not only due to its specific content, but because it focused on particular subject matter, rather than presenting an overview of contemporary practice. Overseen by a single curator, the 1993 exhibition departed from the survey-like character of past Whitney biennials to center on political work done by artists from marginalized groups." - from the 1993 Whitney biennal entry in Biennials and Beyond - Exhibitions that Made Art History 1962 - 2002.

They screened the Rodney King beating; they issued a series of name badges, which read, collectively and individually, 'I can't imagine ever wanting to be white'. Perhaps most tellingly, only 36 percent of the exhibitors were white males. 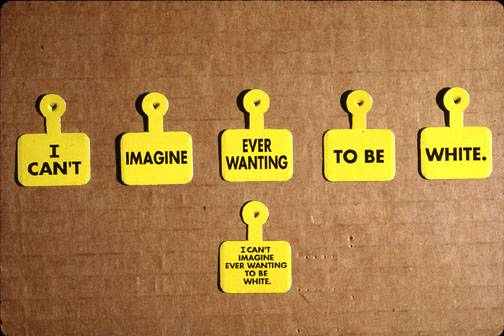 As The New York Times' Holland Cotter characterizes the era, "When the economy tanked at the end of the 1980s and the art market fell apart, some serious gate crashing happened. Artists long shut out from the mainstream, many of them African-American, Asian-American and Latino, gained entry and changed the picture."

Of course, the grievances of one year, aptly expressed at the time, don't always view so well, two decades later. However, New York's New Museum has risked artistic anachronism, by presenting NYC 1993: Experimental Jet Set, Trash and No Star, "a kind of vertical cross section of artistic production in New York City" from that year, as the gallery puts it.

The subtitle is borrowed from New York noise rock band, Sonic Youth's 1993 album, while the art itself is drawn extensively from the exhibits on show at the 1993 Whitney Biennial.

Opening earlier this week, to good reviews, NYC 1993 dismisses the notion that the 1990s were culturally empty. Instead, it forces one to recall how - back when AIDS loomed large, race and gender politics were quite different and the internet was little more than a flashing green cursor - the later stages of the so-called 'culture wars' were raging away, as a mixed-race, gender-neutral, metropolitan, broadly left-wing viewpoint gained supremacy over the older, more conservative, white establishment. 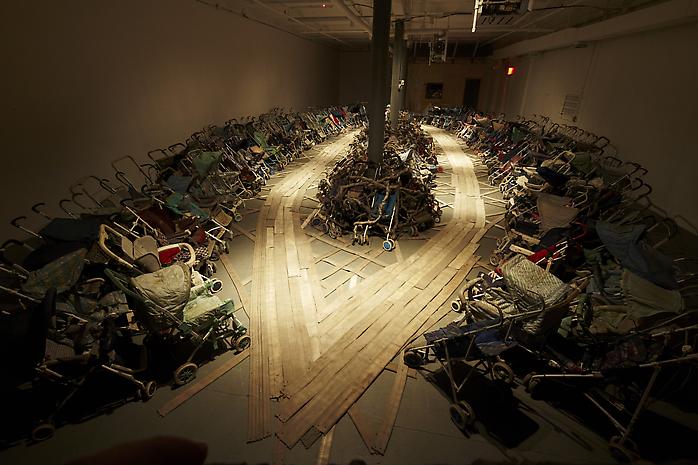 Some works, such as Nari Ward's 1993 installation Amazing Grace - 300 abandoned baby carriages salvaged by the Harlem artist, and bound together in a room - retain their power, while other pieces, such a Art Club 2000's photographs, recall a bygone age. In either case, NYC 1993 certainly makes for a worthy visit.

To learn more about the show, read the NY Times review, or visit the museum's site. For more on the '93 Whitney Biennale, including great, full-colour reproductions of key works and essay extracts from the catalogue, consider our brilliant new Biennials and Beyond.