The show that made Harald Szeemann a star

Biennials and Beyond looks at the exhibitions, curators and artist run spaces that helped make art history

One of the things we love about art is its capacity to ruffle feathers. Maybe it's the unresolved punk rocker in us at phaidon.com but the mockery, vituperation - not to mention the occasional dumping of manure outside a gallery entrance - that has accompanied some groundbreaking art shows over the years is all grist to our mill. Which is why we've spent the last week ensconced in Biennials and Beyond - Exhibitions That Made Art History 1962-2002, a new book that takes an in depth look at the shows that really did change the course of art.

Last night we were poring over the section dedicated to Live In Your Head: When Attitudes Become Form, the show held at Kunstalle Bern in the spring of 1969.  It was remarkable for a number of reasons not least because in Harald Szeemann, it introduced us to the idea of the curator as we know it today. Here's a little extract from the book which will explain more. 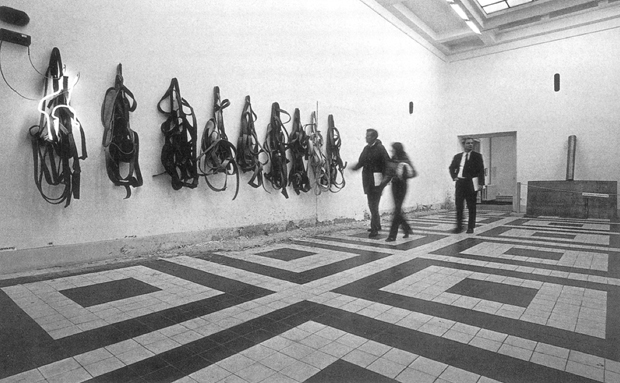 As both foundational event and conceptual model, "When Attitudes Become Form" holds a special place in the curatorial imagination. It was the exhibition that brought international acclaim to the most important curator of the post-war period, Harald Szeemann. And it was the show that led Szeemann to re-create himself as an independent exhibition maker, founding a career path that would be followed by generations of curators. "Attitudes" has also come to represent the romantic conception of the curator as inspired partner of the artist, a creative actor who generates original ideas and structures through which art enters public consciousness.

Szeemann was an advocate for the new art that emerged in the 1960s, work grounded in an "inner attitude" elevating artistic prcess over final product. Across the diversity of Conceptualism, land art, American Post-Minimalism, and Italian Arte Povera, he also experienced a desire to be free of a system supplying aesthetic objects for the wealthy. He displayed this attitude and this aspiration by turning the Kunstahlle Bern into a giant artist's studio, accommodating the practical demands of process -based art through Piero Gilardi's idea of the exhibition as workshop and locus of discussion.

Capturing the ethos of the 1960s, Keith Sonnier contributed the phrase atop the catalogue page "Live In Your Head". The catalogue alluded to Szeemann'sprcess as well as to that of the artists, containing the address list he used in New York and letters responding to his invitations to exhibit. 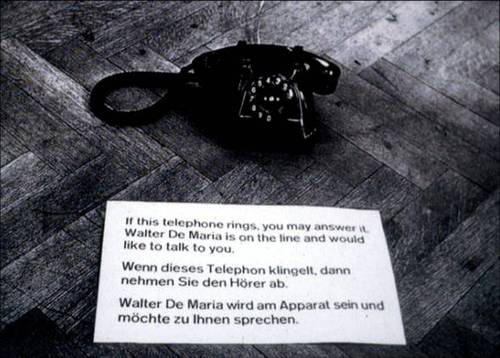 The book then goes into fascinating detail regarding the show. Richard Serra splashed lead inside the Kunsthalle foyer, Jan Dibbets excavated a corner of the building to expose their foundations. Michael Heizer smashed the sidewalk outside the museum while Daniel Buren pasted his signature stripes around the town and was promptly arrested for his trouble. Illegality was compounded with the burning of military uniforms outside the museum, which wasn't part of the show but was associated by the public with it.

The conservative Swiss public did not react well to the show. There was mockery in cartoons  and manure, was indeed dumped at the entrace to the Kunsthalle. Despite positive reviews the museum cancelled Szeemann's planned Joseph Beuys show. He resigned as director and the rest, as they say, became history.

Check out the book in the store, it really is packed full of fascinating stories and insights into the shows of the time and it's fast becoming our go to read here at phaidon.com, filling in any gaps in our art history knowledge in an innovative but easy going way. It's also particularly good on the role of commercial galleries, the influence of museums and corporate groups and the impact of globalisation on the art world. 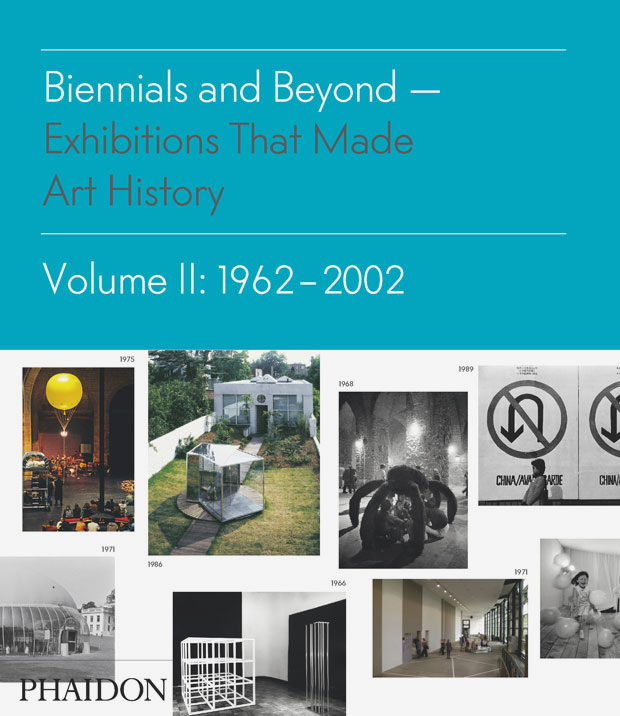 Biennials and Beyond - Exhibitions That Made Art History