Why the Bienal Monterrey came to Mexico City

To mark its 20th anniversary, the Latin American art event takes its innovative works to the Mexican capital

Biennials are everywhere today. Any major urban centre worth its salt has one, and keeping up with the vast array requires lots of time, money and air miles. Bienal Monterrey - on now until 4 August - stands out, not only because the city is less fashionable than Venice, Sao Paulo, or Cairo (it is sometimes referred to as Mexico's Pittsburgh). It's successful because it presents innovative and challenging work by artists from throughout Mexico who are not yet familiar to a global audience. 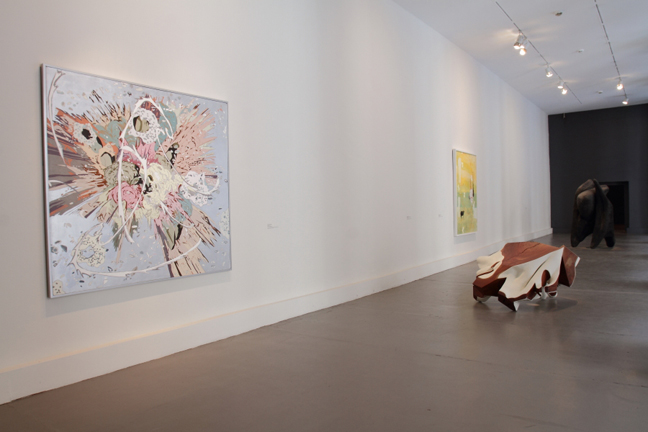 The event is sponsored by FEMSA, Latin America's largest drinks company. It has supported the Bienal since its inception two decades ago, and this year it marked the anniversary by shipping the show to a new location: the glorious Antiguo Colegio de San Ildefenso in downtown Mexico City. This iconic colonial building provides a dramatic contrast to the cutting edge art - a reminder that everything was contemporary once.

The Bienal also celebrated its 20th anniversary by creating a section of the exhibition devoted to prizewinning artworks from previous incarnations that are now in their collection. Bethsabee Romero's Refugio para un lecho de rosas (1994) is a bed comprised entirely of dried roses. Romero, whose recent work has turned to grittier urban motifs, draws on Mexican culture's fascination with death. Also from the 1990s, Claudia Fernandez's El Alimento is an installation of various objects covered in her trademark cobalt blue with white polka dots. Sandra Cabrida and SEMEFO both commemorate personal objects of anonymous citizens: Cabrida's installation of found shoes is displayed in a deadpan taxonomic style and SEMEFO (of which Teresa Margolles is a member) shows concrete slabs that are filled with unclaimed objects found alongside crime victims in the Mexico City morgue. 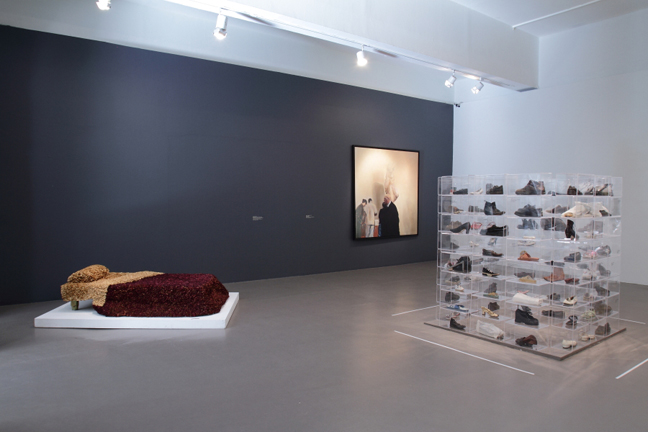 The 2012/3 edition likewise features challenging new work by Mexican talent. Photography was especially strong, with artists Livia Corona and Norma Suarez using people and vernacular architecture as subjects. Both portray the isolation often found even in overpopulated metropolitan areas. A predilection for large installations including those by Pedro Reyes and Luis Roldan proves that there is such a thing as biennal art - projects that might not exist in a commercial space. But there were some wonderful small gems also, including the porcelain sculpture Zombie lovers II by Alejandro Garcia Contreras, which again highlights the Mexican fascination with all things concerning the afterlife. 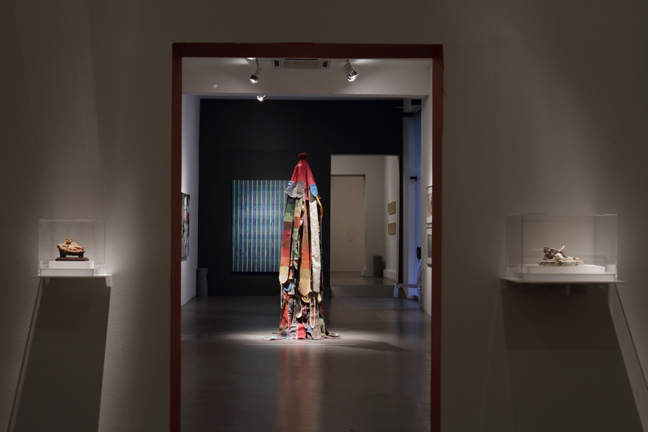 To find out more, see the Bienal Monterrey event's site. For greater understanding of how these fairs fit into the greater art world, our two-volume series, Salon to Biennial and Biennials and Beyond.