On Mies van der Rohe’s birthday, we look back at the fraught relationship between him and his famous client

Many of us dream of living in the kind of houses featured in Interiors: The Greatest Rooms of the Century. The book is the ultimate global celebration of residential interior design and decorating. With 400 rooms organized by designer from A-Z, the book goes beyond decorators, to highlight exquisite interiors designed by architects, fashion designers, artists, style icons, and film actors, each of whom have made a unique contribution to the culture of interiors.

Yet not every beautiful home comes with a ‘happily ever after’ story. Take, for example, The Farnsworth House, Bauhaus architect Ludwig Mies van der Rohe’s domestic masterpiece, built in Plano, Illinois in 1951.

“Designed for American physician Edith Farnsworth, this domestic building is the only one Mies van der Rohe created in the United States and represents one of the purest expressions of his “skin and bones” architectural approach,” explains Fiona Shipwright in our new book.

“The building lacks interior walls; instead, a central structure houses storage space and service infrastructure, along with the kitchen and bathroom. Just as the house itself appears to float above the ground, the block’s connection with the ceiling is minimal; only the central, structural core is contiguous. Wood-veneer furniture, such as the wardrobe and cabinets, appear to be freestanding, maintaining the sense of the house as one unified space. The only other intervention came in the form of the Mies van der Rohe–designed furniture he placed within the home, such as his Barcelona daybed and chairs.”

You might assume that privacy would be a problem in a house like this. However, as Detlef Mertins says in our Mies book, the architect had a simple fix for this.

“Curtains constitute key elements here,” he explains, “in natural-coloured shantung fabric, they enable the interior to be entirely open or entirely enclosed, providing both intimacy and privacy.”

It wasn’t the lack of privacy that upset Dr Farnsworth, so much as the lack of personal, aesthetic space. The only other intervention came in the form of the Mies van der Rohe–designed furniture he placed within the home, such as his Barcelona daybed and chairs.

Yet despite his desire to facilitate unobstructed, flexible space for living in, his client found the purity of the architect’s vision oppressively restrictive and counter to her own wishes.

“As she told House Beautiful in 1953, 'I can’t even put a clothes hanger in my house without considering how it affects everything from the outside.' A court case ensued, and when Farnsworth eventually moved in, she made a point of replacing the furniture with her own.”

Fortunately, much of that Mies furniture has been put back in place, and, despite the occasional flood in the intervening years (it's next to the Fox River), the living room remains true to its creator’s vision - if not perhaps his client’s wishes. 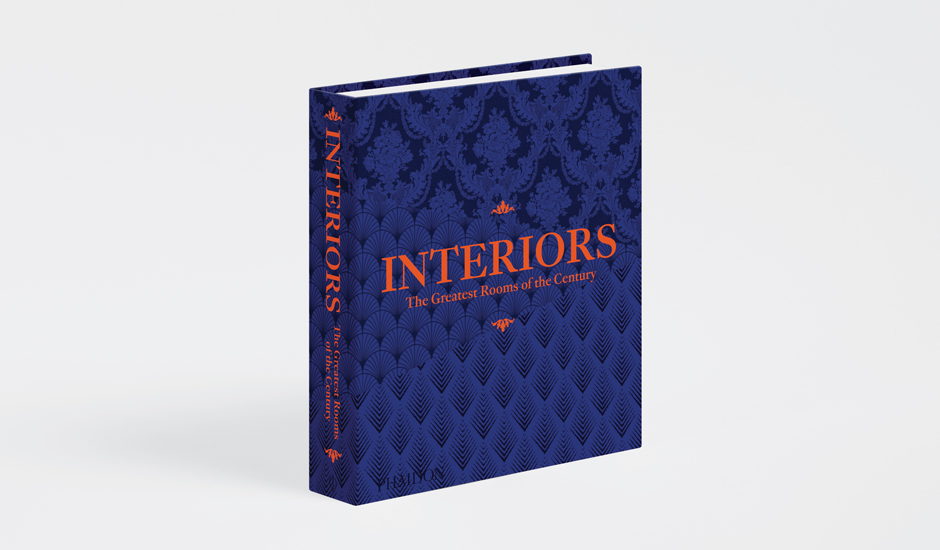 For more on interior design from the beginning of the 20th century until the present day, order a copy of Interiors here; you can even choose your book's colour. There are four to choose from: saffron yellow, platinum gray, merlot red and midnight blue. Pick the right one for your home here.

Interiors (Platinum Gray edition): The Greatest Rooms of the Century Phaidon Editors, with an introduction by William Norwich