On the Magnum founder’s birthday, we look back at his most famous book, Death in the Making

The photographer and future Magnum founder, Robert Capa, was in his early twenties when two important developments – one political, the other technical – pushed his career in a dynamic, new direction.

“The outbreak of the Spanish Civil War in 1936 began soon after the introduction of small, portable cameras that, combined with more light-sensitive films, allowed the photographer considerable flexibility in covering fleeting events,” explains the Magnum Photobook: The Catalogue Raisonné. “Photographers were no longer confined to static, safe situations far from the front lines or to depicting the residue of war after the battle was over.”

Capa is credited with exemplifying this newfound dynamism even though his 1938 book, Death in the Making, was, in truth, a group undertaking.

“Death in the Making, a riveting, action-packed, partisan volume about the Spanish Civil War (1936—9), included photographs by Capa and Gerda Taro, to whom the book is dedicated,” explains The Catalogue Raisonné. “Taro was killed there by a tank. She was Capa’s girlfriend.” 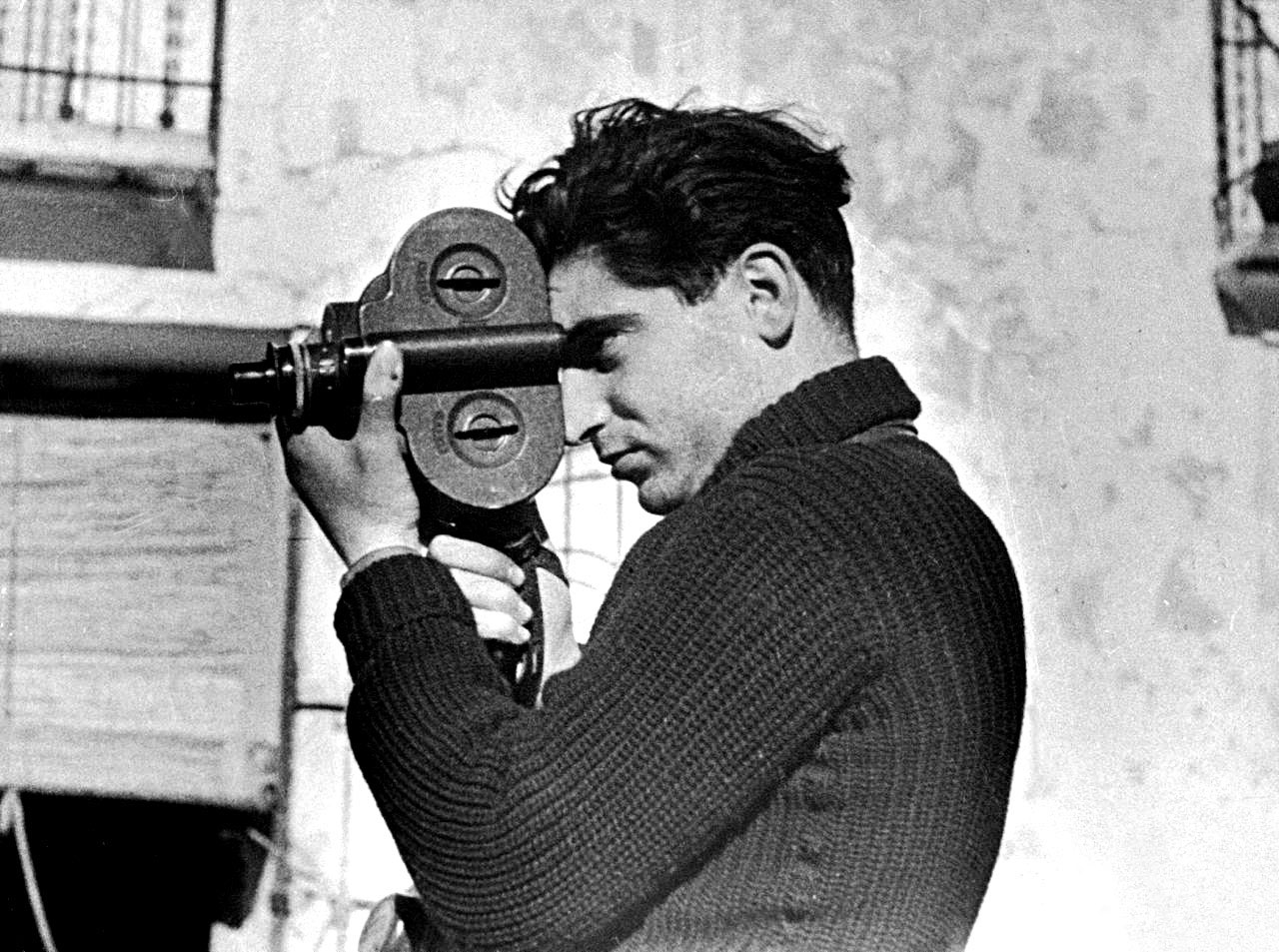 There were also photos by David Seymour, who would, like Capa, become a co-founder of Magnum, and the photographs of civilians and soldiers were arranged by the equally talented photographer André Kertész.

However, Death in the Making’s collaborative authorship isn’t the most controversial aspect of Death in the Making. Its cover image, frequently referred to as The Falling Soldier, and said to depict the death of a Republican fighter, is, according to many researchers, a staged image, rather than a genuine piece of reportage.

Does this matter? Perhaps not; as our book explains, Capa’s book did not set out to record a modern war, but “emphatically advocated for the anti-Fascist cause in both its use of image and text.” 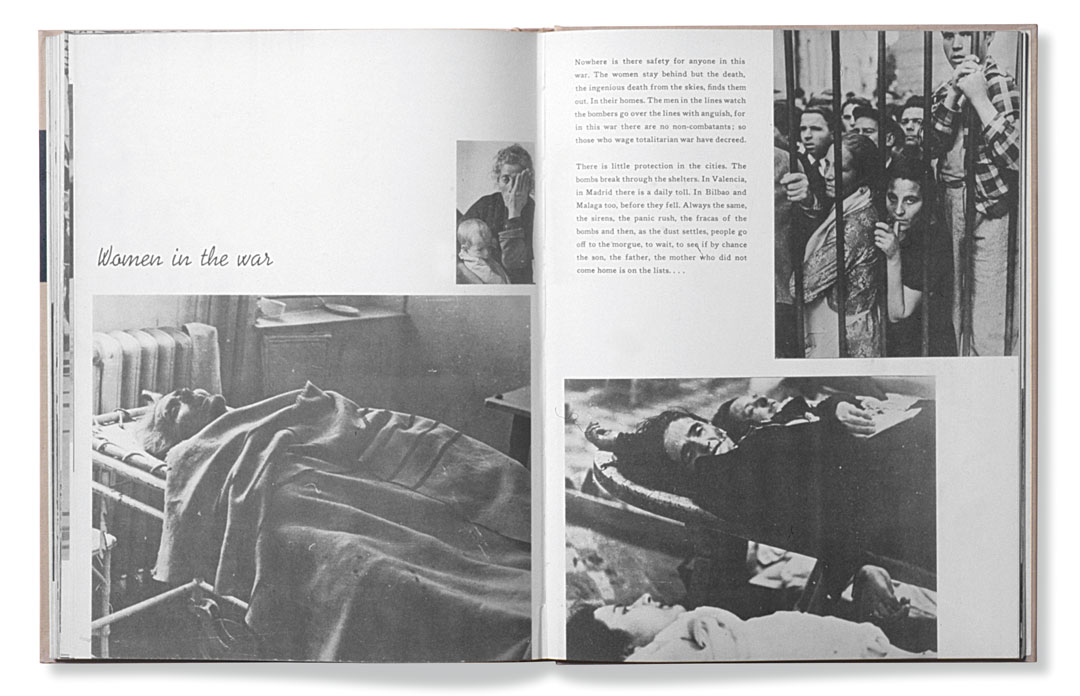 A spread from Death in the Making, by Robert Capa, published by Covici-Friede, New York, 1938. As featured in Magnum Photobook: The Catalogue Raisonné

“The photographs, often three or four per spread, are positioned in various sizes; most of them bled to the edges, creating a visual rhythm that accelerates the reader’s circuit through the book,” explains The Catalogue Raisonné. “Montaged almost like a film, the images are often placed so that the action on one side of the spread spills over into the other.”

Capa’s captions were equally impassioned. “On the book’s penultimate page he writes empathically: ‘But the best blood of Spain spills in torrents over the yellow land. Is spilled wantonly. Spills generously. The blood of men and women and boys, of worker, student, lawyer, peasant, mechanic, miner. But the ranks are ceaselessly replenished and each death, each replenishment, tightens the bond. In Spain a new army has been forged. In Spain a new nation is being forged."

Alas, that new nation didn’t quite go Capa’s way. The Fascists won, and their leader, Francisco Franco, ruled Spain from 1939 until 1975, while Capa himself died in 1954, while covering the war in Indochina.

Nevertheless, the photographer’s images, and style of photography, have lived on. While standing up to the threats of the 1930s, Capa showed the way forward for the engaged, front-line style of 20th century photojournalism. 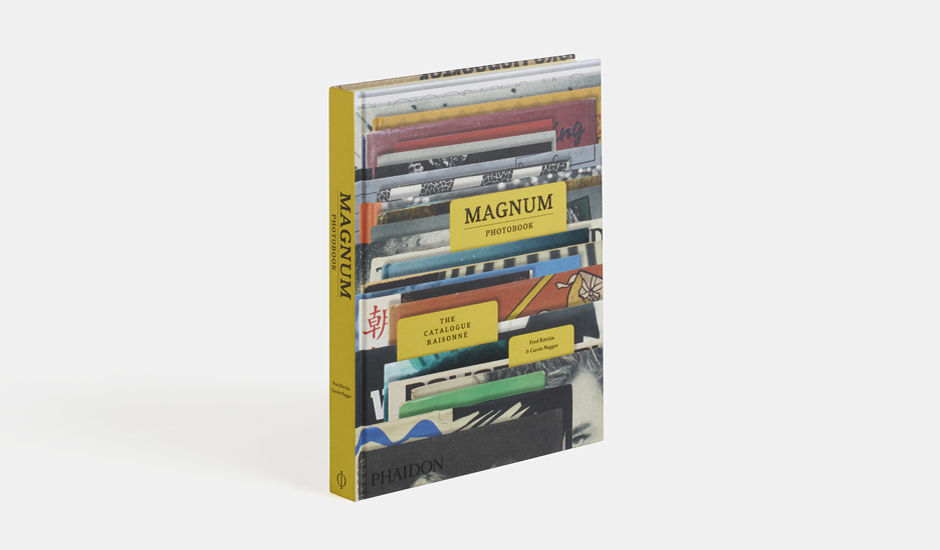 To see more images from this book, as well as photos from every title published by Magnum photographers, order a copy of Magnum Photobook: The Catalogue Raisonné here.

More on The war that made Robert Capa