The dreadful events of September 11 2001 were captured in countless images and video footage, at the dawn of an era when such technologies are in danger of drowning out the specialist art of the photojournalist. It so happened, however, that on the day of the attacks, several members of the world famous Magnum photography agency were in Manhattan for one of their regular meetings. These included Steve McCurry, Susan Meiselas, Gilles Peress and Raymond Depardon. The photographers immediately dispersed and got to work straight away, conscious above all of their professional duty to bear witness to the astonishing, unprecedented events unfolding around them. 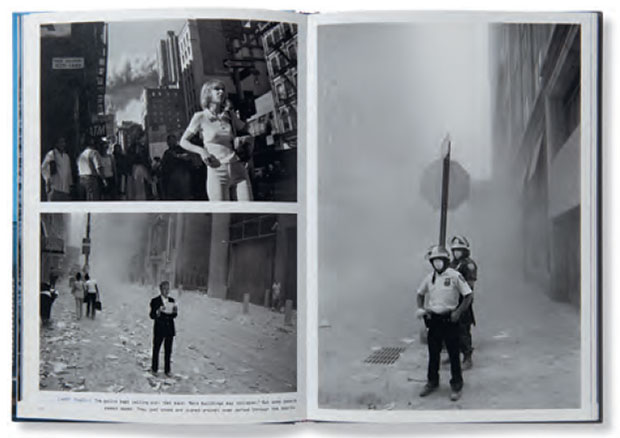 Many of their photographs can be seen in Magnum Photobook The Catalogue Raisonné. These include the cover image of New York September 11, the volume published of their collective coverage of the day’s events and their sober aftermath, depicting one of the towers unpeeling like a banana as it collapses from the stress of the plane attack. Another shows a woman staring numbly in the opposite direction as behind her, dust from the tower’s sudden collapse billows into the air. We see citizens and emergency workers staring aghast through the dust and haze amid a vast litter of paper and debris, unable to believe that New York, that most photogenic of cities in regular peacetime, was no longer immune to the sort of ruinous carnage that Magnum photographers were accustomed to documenting in other parts of the world. 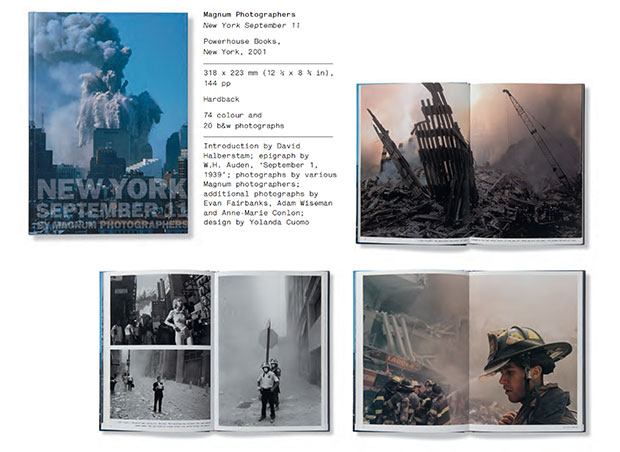 In their accompanying text, authors Fred Ritchin & Carole Naggar discuss other aspects of the content of the September volume; candle-lit street shrines, collages of photographs of the dead, even a statue of a man sitting on a park bench holding a briefcase as if representative of what had been lost. The book also includes images of the twin towers pre-collapse, representative of an age of peace, prosperity and the illusion of impregnability. 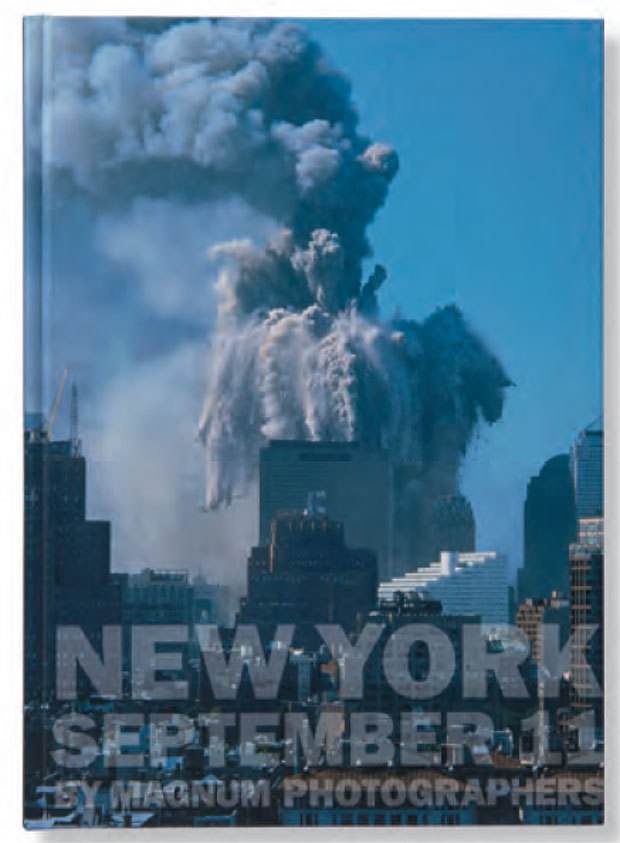 This is just one of the many stories told of the work of Magnum photographers during the agency’s 70 year history; each page is like a densely packed capsule of some of the most momentous and brilliantly documented events of the 20th and 21st centuries. Check out Magnum Photobook The Catalogue Raisonné in the store now.

More on When Magnum captured a moment in Manhattan