In 1958 the British photographer David Hurn was shooting pictures of pigeons in London’s Trafalgar Square, when he noticed another man with a camera doing the very same thing.

That fellow turned out to be esteemed Chilean photographer Sergio Larraín. The pair became friends, and Larraín gave Hurn a print, the first work in what would become an incredible photographic collection.

Over the decades Hurn has amassed more than 600 prints from a wide selection of well-known photographers and fellow Magnum members, including Henri Cartier-Bresson, Elliott Erwitt, Philip Jones Griffiths, Eve Arnold, Abbas and Magnum president Martin Parr - all by swapping one photo for another, many of them his own. 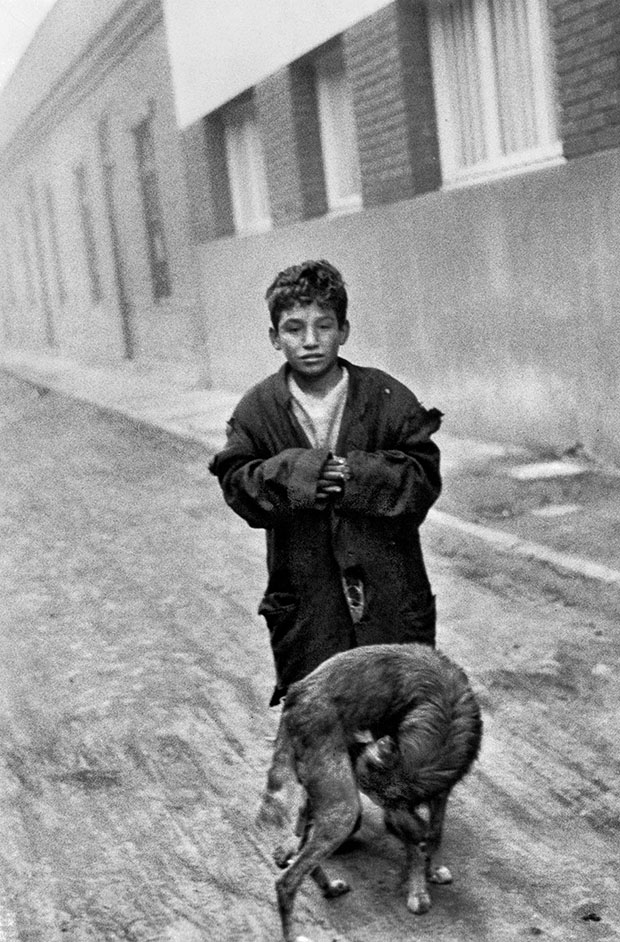 In May, to mark Magnum’s 70th anniversary, Parr will be curating a selection of Hurn’s collection at the British photography fair Photo London. David Hurn’s Swaps will be on show at the Embankment Gallery West in Somerset House Thursday 18 May – Sunday 21 May, and promises to be a treat, not only because of the quality of the photographers whose work is now show, but also thanks to the man who collected the images. Hurn is an astute collector and editor of images, as Parr acknowledges.

“It is very apparent that Hurn has a fine eye for photography,” explains Parr ahead of the exhibition. “Every one of the images he has selected is a winner. The images range across the many genres of photography, across the broad spectrum of Magnum photographers.”

To see more work by the photographers featured consider our books by Martin Parr, Abbas, Elliott Erwitt and Philip Jones Griffiths, and for greater insight into the Magnum Photo Agency as a whole, get our new title Magnum Photobook.