There was unrest on the streets, division in politics, a crooked President in the White House, and many within the US were wondering whether the American Dream had ceased to exist for certain groups in society. 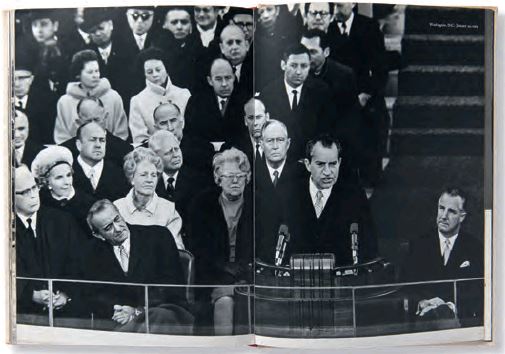 When the then Magnum photographer (and future president of the organisation) Charles Harbutt began to make the agency’s 1969 book America in Crisis, he and his fellow Magnum members hoped that the title might examine both that lofty national dream and the country’s harsher realities. Their book, they said “seeks to identify the events, the trends, and the feelings involved in this crucial period of the American experience.”

The New York Times’ Mitchel Levitas wrote the book’s accompanying text, yet the words were kept to a minimum, in an attempt to improve impartiality. “‘Because so much of what is happening is subjective much of the crisis is interpreted in pictures,” our new title Magnum Photobook: The Catalogue Raisonné, quotes the agency’s editors as saying. 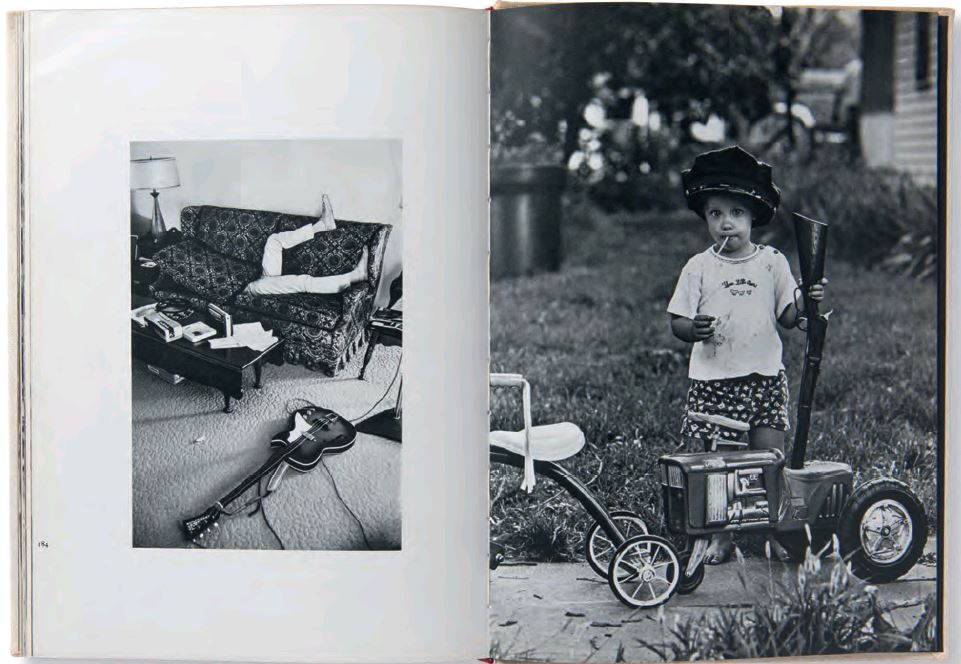 It’s unclear whether, in the age of New Journalism, whether Magnum’s photographers were any more or less impartial than their contemporaries behind the typewriter. Yet, this emphasis on images over words did make for some compelling juxtapositions, as our Magnum Photobook explains. 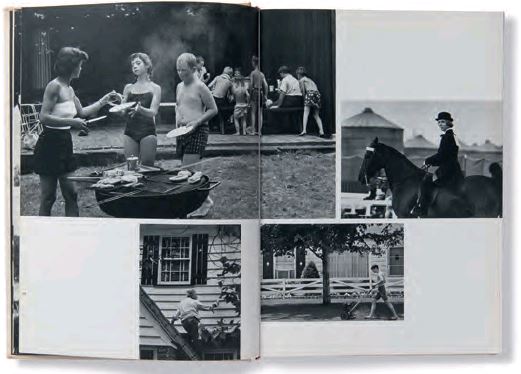 “America in Crisis, divided into eight thematic sections concentrating on the United States in 1968, was edited by Harbutt and New York bureau chief Lee Jones, and featured the work of eighteen photographers who were only credited for individual images at the back of the volume,” explains Magnum Photobook. “The captions are minimal, and some of the spreads are jarring, such as an image of a young woman in hair curlers tending to a cow across from one of a radiant beauty queen wearing a crown, or a photograph of energetic black men protesting in front of the Washington Monument facing a dark, haunting image of two Ku Klux Klan members standing in front of a little girl. A spread depicting three grieving widows — Mrs John F. Kennedy, Mrs Martin Luther King, Jr and Mrs Robert F. Kennedy — is poignant with grief and society’s failures.”

Harbutt also produced a short film to accompany the book, which MoMA is screening this Sunday, alongside other Magnum movies, as part of events staged to celebrate the agency’s 70th anniversary. 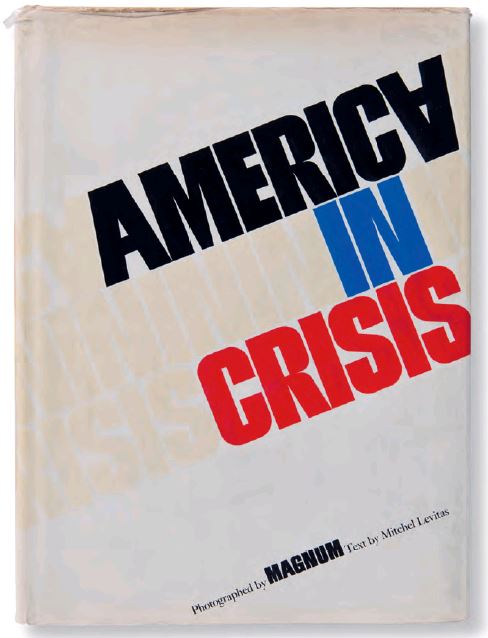 The cover of Magnum's America in Crisis. As reproduced in Magnum Photobook: The Catalogue Raisonné

Looking back over the subsequent decades, it’s hard to say whether those earlier crises had passed, or simply changed. Harbutt and co. hoped that their assessment of America's problems, “may be a step toward surmounting them and toward making all citizens eligible to share the dream.”

That’s a tall order of a 192-page photobook, and one, America in Crisis might not wholly have achieved, despite the enduring power of these images which we can all appreciate roughly half-a-century later.

For more on Magnum prodigious print output get a copy of Magnum Photobook: The Catalogue Raisonné here.