Once upon a time, Americans travelled south of the border to undo their wedding vows. Back in the mid-20th century, divorce laws in Mexico enabled couples to legally cancel their marriages more quickly and efficiently than they might have otherwise been able to, had they attempted to do so in the United States. Marilyn Monroe, Johnny Carson, Stanley Kubrick and Jayne Mansfield all had quickie, Mexican divorces; in fact, the practice became so widely discussed that the Drifters recorded a Burt Bacharach-penned song about it. Today, those legal advantages have more or less gone; however, Mexican divorce lives on, in the country’s food.

Divide up the ingredients on a plate of huevos rancheros, with a different salsa for either set of eggs, on this popular breakfast dish, and it’s as if they’ve broken up.

“We call that divorciados (divorced),” writes Enrique Olvera in Tu Casa Mi Casa: Mexican Recipes for the Home Cook. And that’s not the only dish to be described in this way. 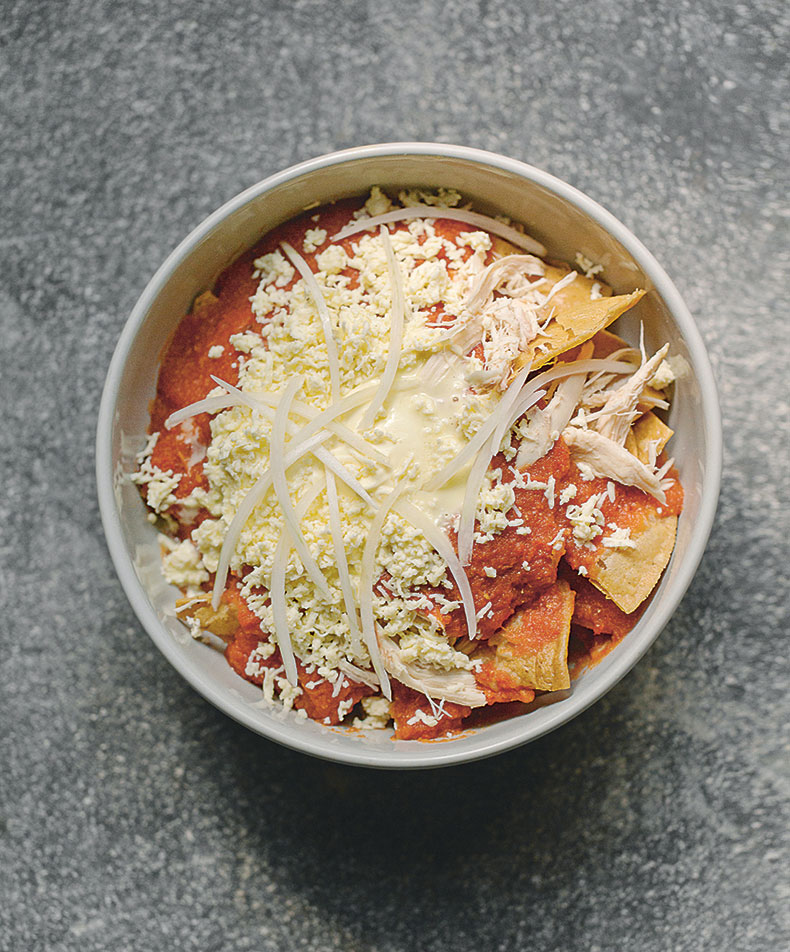 Chilaquiles, or tortilla chips with salsa, cheese, crème fraîche and red onion – also commonly enjoyed at breakfast - is also divorciados, when salsa verde is served on one side and salsa roja on the other.

Though be careful when you try this culinary twist, as Chilaquiles is also an important dish when making marriages, too. As Olvera explains, this tasty, tortilla dish is “served at weddings in the wee hours of the morning for breakfast before the guests leave.”

As Enrique says in the introduction to Tu Casa Mi Casa: "Cooking at home is about intuition: about coming back from the market and letting yourself be led by the desire to do things with care, generosity and intent." And if you keep that intent and generosity of spirit up and there'll be no talk of the D word. To learn how to make both these dishes, and to find out plenty more about Mexican culinary practices, order a copy of Tu Casa Mi Casa here.

More on In Mexico, sometimes your breakfast can get divorced