Ever wondered how to make really traditional torillas? Well, Enrique Olvera has done a little show-and-tell

For Enrique Olvera the humble tortilla is more than a simple flatbread. As he writes in Tu Casa Mi Casa: Mexican Recipes for the Home Cook, tortillas “act as vessels, spoons, or sponges. They are a foundation that is wonderful on its own, and a practical and flavorful base for anything you might put on or in it.”

In Olvera’s new book, he doesn’t settle for store-bought tortillas. Instead he insists cooks take their own corn (maize), cook it in lime solution – a process known as nixtamalization, which tenderizes the kernels, improves nutritional quality, and removes toxins – before mashing it into a doughy paste, or ‘masa’, which, the chef says “should be the texture of Play-doh.”

Once that’s done, the dough can be cooked; and that should be done using a comal – “a flat or almost flat surface made of a heat-conducting material that is placed directly on the fire,” explains Olvera. 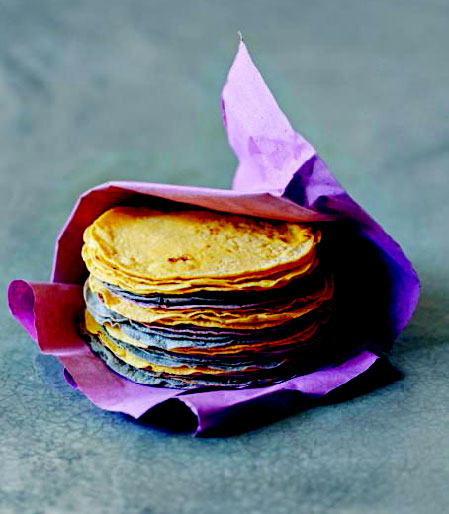 Once you’ve completed all that, actually cooking the tortilla is pretty easy. “Place it on a previously heated dry comal or heavy pan over medium-high heat,” he writes. “Cook until the edges dry up a bit and you can pick up the tortilla from its edges, about 15 seconds. Flip and cook for another 30 seconds or so. Flip again and place on the hottest part of your comal or pan. Cook until the tortilla starts to inflate, 30–45 more seconds. Flip one last time and cook until slightly browned on both sides, about 15 more seconds. Remove from the heat.” 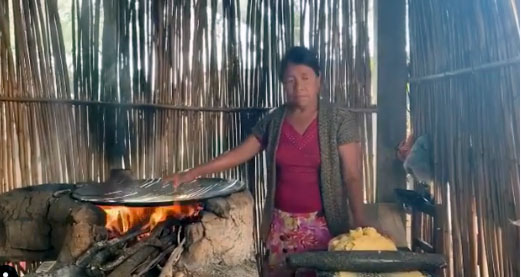 That’s pretty detailed, though straightforward, advice. Obviously, however, sometimes a demonstration helps. Perhaps that’s why Olvera posted this footage of this traditional cook preparing tortillas in Oaxaca in southwestern Mexico.

We can’t all cook over a fire, nor mill our grains in a Mexican stone metate, as she does, but with Enrique’s help, we can get pretty close. You can view the footage here. For more on tortillas and the great stuff you can put in them, as well as plenty more delicious dishes, order a copy of Tu Casa Mi Casa: Mexican Recipes for the Home Cook.

In the book he shares 100 of the recipes close to his heart – the core collection of basic Mexican dishes – and encourages readers everywhere to incorporate traditional and contemporary Mexican tastes and ingredients into their recipe repertoire - no matter how far you live from Mexico. Find out more here.

More on Enrique Olvera goes back to basics in Mexico